Aer Lingus commercial director Enda Corneille has told RTE News that the number of bookings which it has cancelled as a result of a pricing error on its website is close to 300, significantly more than the airline previously estimated.

The airline also points out that a booking may involve more than one person travelling, leaving Aer Lingus exposed to a far greater potential financial loss on the affected flights than might generally be perceived.

Earlier, the airline told customers who booked business class flights to the US for just €5 that their bookings had been cancelled. Aer Lingus said the flights - which were advertised on the Aer Lingus website yesterday - were priced incorrectly due to a technical error. Aer Lingus has apologised for the error.

Aer Lingus had previously said the glitch affected around 100 customers between 7.30am and 9am on Wednesday, when promotional fares on its transatlantic route were loaded onto the website accidentally.

The airline says that on legal advice it has decided not to compensate the customers. In e-mails and text messages to the customers, Aer Lingus said: 'Due to a technical error in our reservation system for a brief period a small number of bookings were priced incorrectly. This e-mail is to notify you of cancellation of your booking and to advise no funds will be deducted from your account.'

But speaking on RTE Radio today, Dermot Jewell of the Consumers Association said that customers had a binding contract with Aer Lingus. 'They booked and paid to bind the contract. Realistically Aer Lingus is going to have to do something to abide by the bookings and to help the customers,' he added.

Enda Corneille, Director of Corporate Affairs at Aer Lingus, said anyone who booked a business class ticket, which usually retails at about €1,775, and got it so cheaply, should know there was a mistake.

'When you are selling seats on the front of the site quite openly for €249, to sell a business class seat for a fiver is a genuine mistake. People are going to know there's something up,' he stated.

The CEO of the National Consumer Agency, Ann Fitzgerald, says she has been in contact with Aer Lingus and is seeking a meeting with senior management at the airline to discuss the controversy over cancelled bookings. 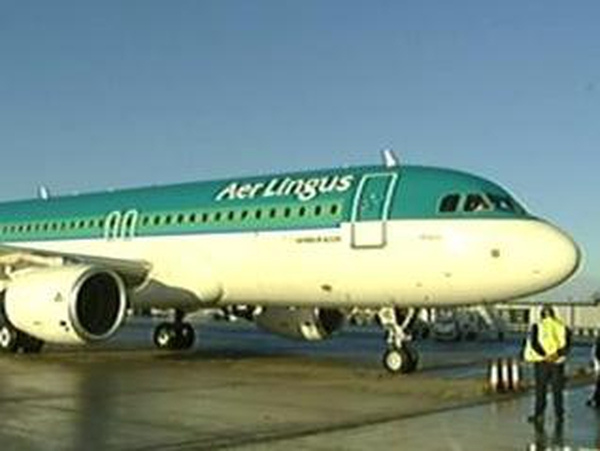