Societe Generale's board has kept faith with chairman Daniel Bouton but left him off a new committee to take charge of the crisis over multi-billion-dollar rogue trader losses.

The board 'unanimously reaffirmed its confidence' in Bouton during a meeting on the crisis caused by the almost €5 billion of losses blamed on junior trader Jerome Kerviel.

A new three-man crisis committee of independent directors was created to manage the fall-out from the biggest trading scandal in investment bank history. The team will conduct an audit and investigate the 'mechanisms behind the fraud'.

Societe Generale has accused Kerviel of stealing computer codes  and falsifying documents to place more than €50 billion in futures trades. The bank's management is fighting a storm of criticism over the  scandal, made worse by €2 of losses in the US sub-prime loan crisis.

President Nicolas Sarkozy had signalled he wanted Bouton out of the bank because of the scandal but the board called for him to stay  at the helm as Societe Generale struggles to ward off potential  takeover bids and raise €5.5 billion in fresh capital to stay afloat.

France's top bank BNP Paribas is said to be poised to pounce on Societe Generale. French PM Francois Fillon has vowed that the government will defend the bank against any 'hostile raids', insisting that Societe Generale should remain 'a great French bank'. The European Commission warned France against a protectionist stance to any hostile foreign bid.

'Potential bidders are to be treated in an a non-discriminatory  manner,' said a Brussels spokesman for EU Internal Markets Commissioner Charlie McCreevy.

Kerviel, 31, has been charged with falsifying documents and unauthorised computer access. He has told prosecutors that his bosses must have been aware of his dealings because of the profits he was generating. 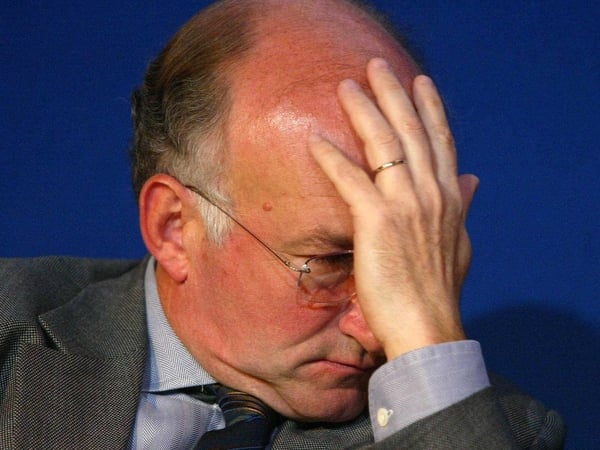