A 0.75 point cut in US interest rates announced by the Federal Reserve appears to have calmed recent panic on the world's stock markets.

On Wall Street, the Dow Jones initially lost around 4%, but was later down 1.5%, while the Nasdaq was off more than 2%. After a rollercoaster day of trading, European markets appeared to be reassured by the Fed move, with the FTSE closing up almost 3% and Dublin's ISEQ gaining nearly 4%.

At lunchtime, the US Federal Reserve cut its key federal funds short-term interest rate to 3.5% following panic on global stock markets this week. It was the biggest US rate cut in 25 years. The Fed said its move was in response to the weakening economic outlook including increasing risks to growth.

The Fed announced its move amid increasing fears that the world's largest economy could be sliding into a recession amid a lingering housing market slump. The Fed has cut rates in the past few months, but not as drastically as the cut announced today by the central bank.

US Treasury Secretary Henry Paulson said he had been conferring with his foreign counterparts on measures to restore calm to global stock markets. But a spokesman for the European Central Bank said it had no comment on the Fed's decision to slash US interest rates.

On Monday, European markets suffered their worst one-day falls since September 11 2001, disappointed by the economic stimulus plan proposed last week by US President George W. Bush. Markets saw the White House action as confirmation that the world's biggest economy was  headed for trouble.

This afternoon, the White House said it was not predicting a US recession and was open to a larger financial package than its proposed $140-150 billion boost.

Earlier, Asian stock markets took a battering, with key markets shedding up to 8% in a nervous sell-off sparked by fears that a US recession will hurt economies around the world. 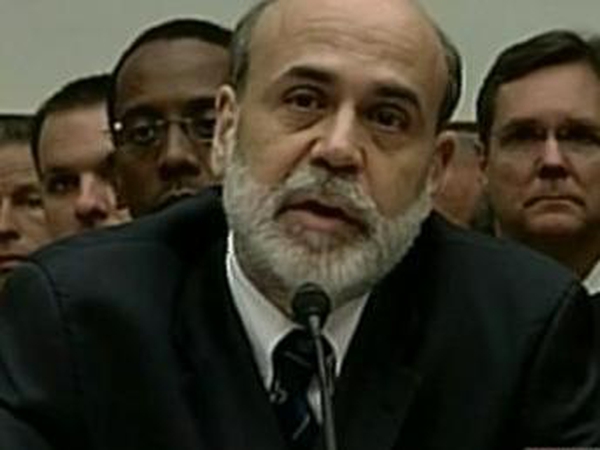