Ryanair has begun legal action against the Financial Regulator.

The airline is challenging what it claims is a decision of the regulator not to investigate why the Government was the only party given what it called 'inside information' on the decision to transfer the Aer Lingus Shannon-Heathrow link to Belfast.

Ryanair was given leave to seek a judicial review of a decision of the regulator not to carry out an investigation of the matter after Aer Lingus chief executive, Dermot Mannion, revealed on radio that the Minister for Transport, Noel Dempsey, had been informed of the Heathrow decision before it was publicly announced.

This amounted to, Ryanair says, the disclosure of inside information to a shareholder which EU regulations specifically warn against, and under which the regulator is empowered to investigate. The application for a judicial review was made on an ex-parte (one side only) basis by Ryanair.

Under the Market Abuse Regulations, firms listed on the stock exchange are required to take reasonable care to disclose information in a synchronised way to all categories of investors, according to an affidavit from Ryanair chief executive Michael O'Leary.

Mr O'Leary says the closure of a profitable route like Heathrow was price-sensitive, and revealing details of the ending of it 'clearly constitutes inside information as defined by the regulations'.

Mr O'Leary says that after the announcement was made, there was a significant amount of media interest in establishing when the Government first became aware that Shannon-Heathrow was being ended.

Then, on RTE radio, last August 12, Mr Mannion of Aer Lingus said the Minister had been informed on August 3.

'Ryanair immediately became concerned that Aer Lingus, by informing one large shareholder, ahead of other shareholders and the public, was in breach of its obligations under the regulations,' Mr O'Leary says.

As a result, Ryanair's solicitors wrote to the Irish Financial Services Regulator, who replied that it was his view that such possible breaches of the regulations are investigated subject 'only to the efficient and effective use of our resources'.

In this case, the regulator said, if a company is found to have committed such a breach by an administrative sanctions enquiry, a public statement is made of the outcome of this process.

Ryanair also learned, through the media, that the Department of Transport had produced a report for Minister Dempsey in late July last about the Shannon decision and once again the airline contacted the financial regulator.

There was further correspondence between Ryanair and the regulator and the airline's solicitor was offered a meeting with the regulator. However, when Ryanair insisted on having a stenographer present, the regulator's office objected and the meeting was cancelled.

Mr Martin Hayden SC, for Ryanair, said the airline was entitled to an order requiring the regulator to carry out such an investigation. Mr Justice Michael Peart granted an order for a judicial review of the regulator's decision not to hold the meeting and made the case returnable to February 12. 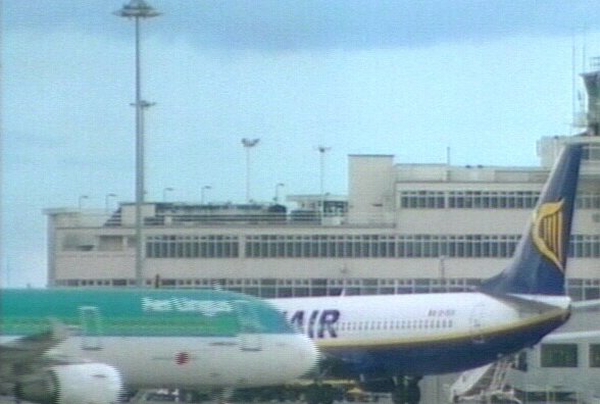