Irish Life and Permanent has said the current crisis in credit markets will affect its earnings next year. Its shares tumbled in Dublin after the announcement.

In a trading update, it says that if current high interest rates in the money markets persist through the first half of 2008, this could hit earnings by a 'high single-digit percentage'. IL&P says group operating earnings for 2008 will be flat or slightly ahead of the expected 2007 outcome if rates settle down after the first quarter.

The bank also says the slowdown in Irish residential mortgage lending in 2007 is expected to continue in 2008.

It says that with tighter credit conditions the pace of loan growth in the bank is expected to moderate next year and higher funding costs arising from the continuing global credit crunch will impact its earnings. It adds that the extent will depend on when, and at what level, credit spreads eventually normalise.

It says that credit quality remains excellent across all loan books. However it adds that in the last quarter, along with many other Irish banks, Permanent TSB was affected by the actions of a 'rogue solicitor'.

'A full provision of €11m is included in respect of the loans advanced although we will be vigourously pursuing recovery in this case,' the statement says.

IL&P says that bank operating profit, before the €11m charge, is expected to show mid-teens growth for the year.

The lender says that the upheaval in equity and debt markets in the second half of the year, plus the strength of the euro, has been the main contributor to short time investment fluctuations on its life embedded value. The bank says that as at the end of last week, this was estimated at about €60m in the red compared to €21 in the black at the end of the half year.

It says its liquidity portfolio of €4.2 billion is invested mainly in sovereign bonds (60%), high grade financial FRNs (30%) and prime (non-US) RMBS. It says it has no sub-prime exposure.

IL&P says that the diversification and duration profile of its funding sources place it in a strong position in the current credit environment. Currently some 68% of the bank's funding base is sourced from customer accounts and term debt.

'While the current environment is proving challenging for the banking sector generally, the low risk nature of the group's activities, the strength and depth of the franchises we have developed in our key businesses and the underlying resilience of the Irish economy give us great confidence for the future,' the trading statement concludes. 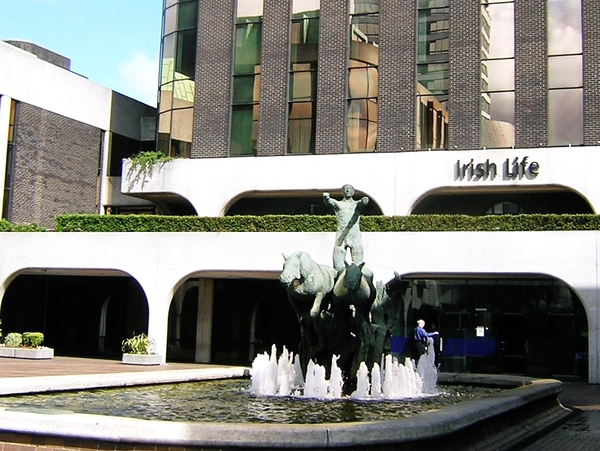