He said the country's current greenhouse gas emissions amounted to some 70 million tonnes. He said that this has to be reduced from 2008 to 2012 to an annual average of 63 million tonnes in order to meet out Kyoto commitments. Every element in our nation has a part to play in this reduction, he added.

To this end, Mr Cowen said that from July 2008, the VRT rate applicable to cars registered will be determined by the carbon dioxide emission rating of the car and will no longer be related to engine size.

A seven band CO2 emissions system - A to G - will apply. Seven VRT rates, ranging from 14% to 36% will continue to be applied to the open market selling price of the car, he said.

Mr Cowen said this measure is not designed to penalise people for their lifestyle choices, rather it is about providing them with opportunities and incentives. 'Since this measure is not aimed at raising money, but rather to assist the environment, the intention is that it will be broadly revenue neutral,' he stated.

The Minister is also extending existing incentives for certain hybrid electric and flexible fuel cars to July 2008 and a further top-up relief of €2,500 on the VRT payable on such cars. He also announced that electric cars and electric mopeds are exempt from VRT.

On motor tax, he said he was increasing the existing rates by 9.5% for cars below 2.5 litres and 11% for larger cars from next February.

Mr Cowen also said he will reduce VAT on certain seeds and bulbs for biofuel and to amend the Business Expansion scheme so that recyling companies can have easier access to the scheme.

The Finance Minister has allocated €8.5 billion for the Energy Programme of the National Development Plan.  He said the state energy companies will invest over €7 billion of this, mainly in the electricity and gas transmission and distribution networks, in modernised power generation and in wind energy projects.

Budget 2008 sets aside €13.2 million for energy research, an increase of €7 billion on 2007. He said the extra funds will go towards measures to develop renewable energy from ocean resources.

He has also allocated an additional €13m to energy conservation with €5m of this to fund a pilot programme for home insulation.

On farming, Mr Cowen said he is providing a further increase of €35m for the Farm Waste Management Scheme to bring total grant aid to almost €150m. He also says he is making a number of changes in the farm taxation area arising from reform of the CAP.

For the fishing industry, the Finance Minister said he is allocating €21m for the decommissioning scheme for fishing vessels. 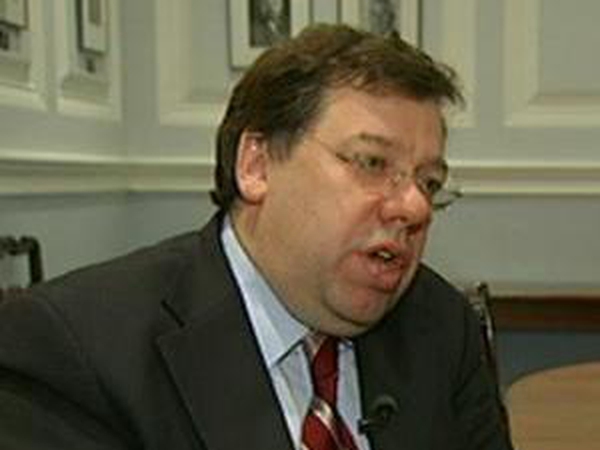