The High Court has been told that solicitor Michael Lynn, whose practice has been shut down by the Law Society, took out at least three mortgages against the same property in the space of a month.

Each of the mortgages was for almost the full value of the house, which was valued at around €5.5m.

The mortgages were given on a property known as Glenlion House, Thormanby Road, Baily, Howth in north Dublin. Mr Lynn obtained three mortgages against this property in April this year.

He drew down a mortgage from Irish Nationwide on April 4 and a mortgage from Bank of Scotland Ireland on April 20. He took out a mortgage with another financial institution for the same property on April 24 and the court was told there may be a fourth loan against the same house, although that has not yet been confirmed.

The proceedings being taken against Mr Lynn by the Law Society were back before the High Court today. The court heard that around ten financial institutions lent money in respect of 78 properties in Ireland and one in the UK. The banks received 155 undertakings in relation to these properties.

Mr Justice Richard Johnson directed that he should comply with the order within ten days.

The financial institutions are now involved in what was described as a 'competition' to register the properties offered to them as security for loans they issued. Lawyers for Bank of Scotland Ireland asked Mr Justice Johnson to change his order to allow Mr Lynn to comply with the undertakings he gave to them. IIB Homeloans asked the High Court for permission to bring the same issue before the Commercial Court.

The two banks want Mr Lynn to sign the necessary documents to allow them to register mortgages on the properties he offered them as security. But many of the other financial institutions objected to this.

Lawyers for Irish Nationwide said this could allow banks to 'jump the queue' in terms of trying to get their money back.  Many of the properties, the court was told, would be subject to competing claims from several financial institutions. 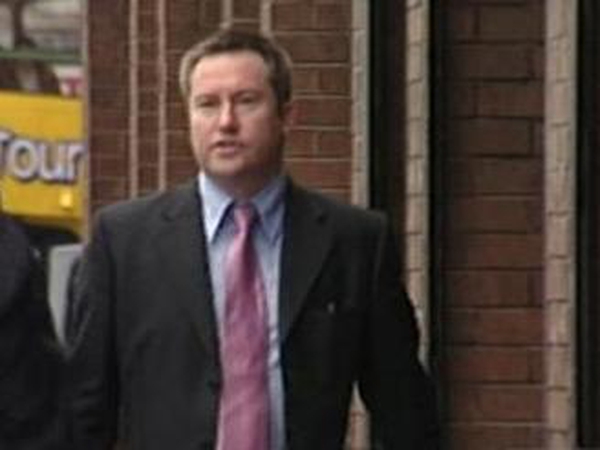