The European Commissioner for Consumer Protection, Meglena Kuneva, has said the European Union will ban imports of certain Chinese goods unless Beijing responds to concerns about health and safety standards.

The Commission has given China until October to respond to requests following repeated recalls of toys due to concerns about lead content and hazardous magnets.

American toy giant Mattel Inc has withdrawn millions of Chinese-made products over the past number of months, most recently on September 4.

Speaking to the European Parliament's Internal Market and Consumer Protection Committee, the commissioner said she would not hesitate to take whatever steps were necessary to protect European consumers from any dangerous toys which might be imported from China.

Mrs Kuneva also said the EU should not water down consumer protection controls which might lead to a reduction in safety inspections or interfere with RAPEX, the system which encourages member states to alert Brussels in the event of dangerous consumer goods being discovered.

Member states recently voted to extend a 'light touch' approach to consumer goods under a new product safety directive and the European Parliament looked like it would support the measure. Mrs Kuneva, however, called on MEPs to reverse the measure.

The commission rarely takes action to ban products. Only cigarette lighters, which look like toys, and phthalates - a dangerous chemical used to soften plastic toys - have been banned in the past.

But today the commissioner said would use these emergency tools against Chinese products, if necessary.

Under a deal with China, the EU has offered training and an exchange of information to Chinese officials on product safety. In return, China must show that it is identifying problem areas and taking preventative action.

Fine Gael's Colm Burke MEP for Ireland South said, in the run up to Christmas, EU Member States had to ensure that product safety rules are properly enforced, especially for toys and other items directed at children. 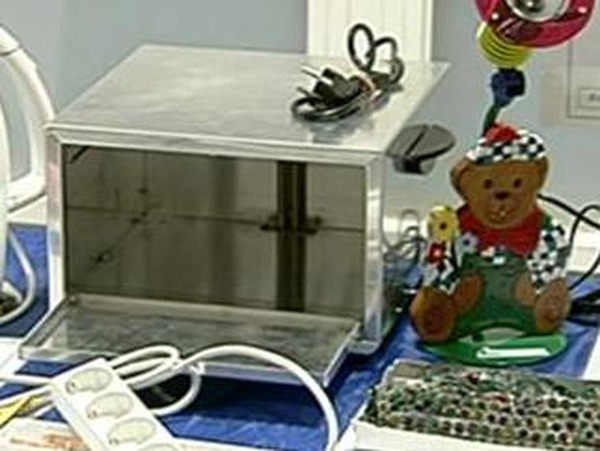