Aer Lingus confirmed today that it will set up its first base outside the Republic at Belfast International Airport.

The airline said it would base three aircraft in Belfast, operating eight routes. Aer Lingus also confirmed that the Belfast-Heathrow service would replace the current Heathrow service from Shannon.

In response Ryanair said this evening it has written to the Government offering to work with them to ensure that Aer Lingus maintains its Shannon-Heathrow service.

Ryanair claimed the Government had lied in public statements during its attempted takeover for Aer Lingus last October.

Ryanair quoted then Minister for Transport Martin Cullen last October saying Heathrow served a 'unique role in ensuring connectivity to/from Ireland' and that this connectivity is 'fundamental both to provide connections to/from Dublin, as well as to/from the regions'.

Ryanair CEO Michael O'Leary said today that given that the Government owns 25.3% of Aer Lingus and Ryanair owns 25%, it believes Aer Lingus would find it difficult to refuse a joint request from them to maintain the service between Shannon and Heathrow.

He said that closing the Shannon-Heathrow route demonstrated that the government lied in their public statements during the attempted Ryanair takeover of Aer Lingus last October.

'In the last three months both Aer Lingus and the Irish Government assured the European Commission that an independent Aer Lingus was the only way to maintain competition and choice between Aer Lingus and Ryanair', he said.

'Today's sacrifice of Shannon in favour of Belfast reduces that competition and proves that both Aer Lingus and the Irish Government lied to the European Commission', he added.

Aer Lingus chief executive Dermot Mannion described a meeting this morning with Shannon staff as 'difficult'. He said he also acknowledged the disappointment among business people in the region but said the airline should be judged against its commitment to long-haul flights in Shannon in its winter schedule.

Mr Mannion said it was too early to be specific on how many jobs would be lost at Shannon, but there would be 'a surplus' in the ground services area.

Aer Lingus said the Belfast investment of €150m would create more than 100 new jobs and could bring in a million passengers a year.

The other seven routes Aer Lingus plans from Belfast are to Amsterdam, Rome, Budapest, Barcelona, Malaga, Faro, and Geneva.

Amsterdam, Barcelona and Geneva start on December 10, Heathrow on January 14 and the remaining routes on February 25.

SIPTU General President, Jack O'Connor said today the decision of Aer Lingus to withdraw services from Shannon would have very serious consequences for employment and industry in the West of Ireland.

He said SIPTU will be seeking the support of other unions, the local business community and politicians from the Mid West in opposing the move.

The American Chamber of Commerce in Ireland today called for urgent action to be taken by the government to secure continued direct air access between Shannon and London Heathrow Airport.

The chamber's Mid-west and West region chairpersons said that the decision by Aer Lingus to withdraw the service was a 'serious body blow' to the entire region and would damage the economic development of both the West and Mid-west.

Also, the Irish Hotels Federation (IHF) today called on the Government to ensure Aer Lingus' Heathrow slots remain available for Shannon Airport, and has warned that any decision to cease flights from Heathrow to Shannon would have 'grave implications' for tourism and business in the region.

Chairman of the group's Shannon Branch, Michael Vaughan, said Shannon's Heathrow slots were a critical component in providing tourism and business links into the region and Aer Lingus was reneging on its previously stated commitment to the region following after the Open Skies agreement.

Aer Lingus shares closed up 2.5% at €2.47 in Dublin, though the main reason was a drop in oil prices. 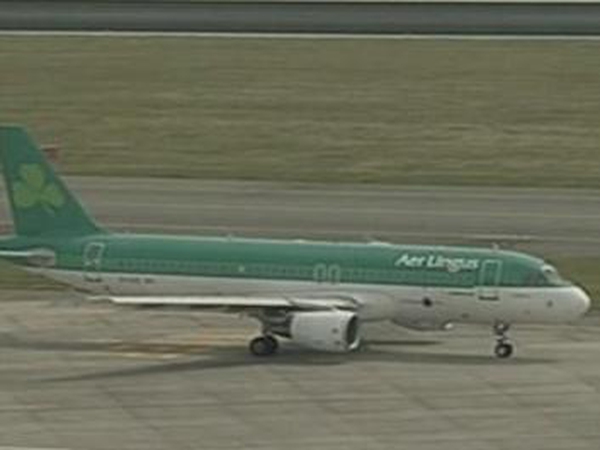