Figures from the Central Statistics Office show that the number of people at work grew by 87,000 in 2005. This represented an increase of 4.7%, the fastest rate of growth since 2000. Foreign workers accounted for around half of the annual rise are now estimated to make up 9% of the labour force.

1.98 million people were working in the final quarter of 2005, according to the CSO's Quarterly National Household Survey. When seasonal factors are taken into account, the number working was 17,500 higher than in the previous three months.

The labour force rose by 92,000 to just over two million. Demographic factors, such an increae in the population of working age, made up 62,000 of this - with inward migration representing around three-quarters of this figure. The other 30,000 came from increased labour force participation, with the number of married women in the labour force rising sharply.

A breakdown by sector showed that the construction sector added 25,800 jobs in 2005, with retail up 19,600 and financial and business services 15,000 higher. But there was a 13,000 drop in the number working in other production industries. Nearly 28% of the new jobs were part-time.

More than 65,000 people from the ten new EU members are now in the labour force, more than double the figure recorded a year earlier. Foreign nationals accounted for 21% of workers in the hotels and construction sector, and around 10% in construction. 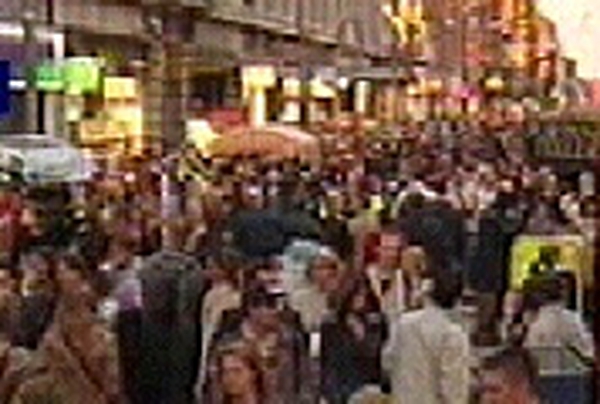