The European Central Bank held its key interest rates steady as expected today, but signalled that it would raise them next month to keep a lid on inflation as a recovery in the euro zone gets underway.

At its regular monthly policy-setting meeting, the ECB held its main rate at 2.25%, having raised it by a quarter of a percentage point on December 1.

But at the news conference after the meeting, ECB president Jean-Claude Trichet left no doubt that a further rise in borrowing costs was on the cards by stressing the inflationary risks in the single currency area and saying the markets were correct in their assumption of a pending move.

It was reasonable for the world's financial markets to assume that the ECB could raise its key interest rates in the near term, Trichet said. After the quarter-point move in December, most economists are pencilling in a further rise in March.

Nevertheless, the Frenchman insisted again that the ECB had not embarked on a 'series of rate increases'. Notable in the news conference was the re-emergence of the word 'vigilance' in Trichet's vocabulary, which was seen by the markets as a signal for pending rate rise.

'We will exercise vigilance so as to ensure the solid anchoring of long-term inflation expectations at levels in line with price stability,' the central banker said. The last time Trichet talked about the need for vigilance was in the run-up to the December 1 rate hike. 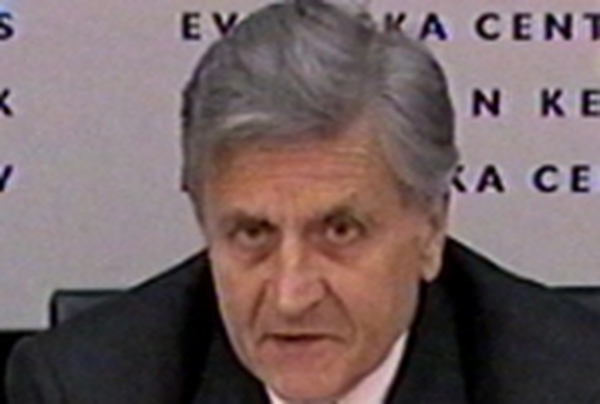