The airline also said that all passengers travelling with hand luggage and with an EU passport will be able to check-in on the web and by-pass all check-in and airport queues. These passengers will also be given priority boarding which will eliminate boarding-gate queues as well.

Ryanair also said today that it is increasing each passenger's luggage allowance from the current 25kgs to 30kgs, comprising 10ksg in carry-on and 20kgs in check-in luggage. It said this would 'substantially reduce' excess baggage fees.

Ryanair added that from March 16 it will reduce all its fares by 9%.

'As a result of these changes, those 25% of Ryanair's passengers who presently travel with just hand luggage will avail of lower fares, will avoid the inconvenience of check-in or boarding gate queues and will no longer cross subsidise those passengers travelling with checked-in luggage,' the airline said.

Ryanair said the 9% across the board reduction in its air fares will make these changes 'revenue neutral' for the airline. It estimates that the reduction in ticket revenues and excess baggage fees will cost it over £100m a year. However it adds that the lower fares will stimulate further traffic growth.

Ryanair says its new initiatives will significantly reduce airport and handling costs. 'We believe that between 40% to 50% of passengers will quickly switch to our new web check-in priority boarding service. This will allow Ryanair to reduce the number of check-in desks, baggage hall and other handling facilities we rent at major airports,' it said.

The moves will also significantly reduce the number of check-in and baggage handling staff, but Ryanair said it expects few reductions in staffing numbers in these areas as existing numbers will be required to handle its expanding services.

* Ryanair's CEO Michael O'Leary also said today that it expected yields to fall this quarter and that high crude oil prices might prevent it from hedging on fuel. He said that yields were expected to fall 5-10% in the current quarter which finishes at the end of March.

Regarding hedging and current crude oil prices, O'Leary said: 'If it stays up there, we will remain unhedged in the summer.'

Ryanair said last month it was sticking to forecasts for a 10% rise in net profit for the year to the end of March. 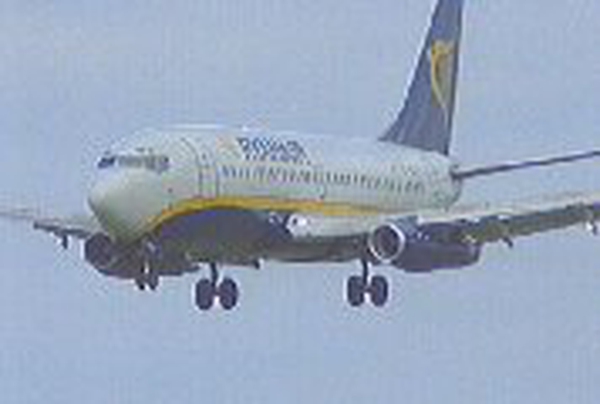