The Government has launched a €34 billion transport plan for the next ten years, including major rail projects for Dublin and a Western Rail Corridor.

The Government said the plan, known as Transport 21, would also include  new commuter rail services for Cork City and Galway City, DART extensions in Dublin, and a new road route connecting Donegal, to Galway, Limerick, Cork and Waterford, known as the Atlantic Corridor.

€26.4 billion of funding will come from the Exchequer, with €6 billion from public private partnerships (PPPs) and €2 billion from toll roads. Public transport will receive €16 billion, or almost half, of the funding.

On roads, Transport Minister Martin Cullen said the five major motorways - from Dublin to Belfast, Cork, Galway, Limerick and Waterford - would be completed by the end of 2010. There will also be upgrades for the N2, N3, N4 and N5 routes, while a number of secondary routes will be targeted for improvement.

On rail, the Western Rail Corridor is to be re-opened on a phased basis, with the line between Ennis and Claremorris to be reinstated in the ten-year period. The Cork-Midleton line will be re-opened and there will be a new commuter service from Athenry to Galway.

In Dublin, a Metro North line will run from St Stephen's Green to Swords, serving DCU and Dublin Airport, while a Metro West will link the Tallaght LUAS line to Metro North, via Clondalkin and Blanchardstown. A rail interconnector will link Heuston Station to a new Docklands station, via Pearse Station and St Stephen's Green. There are also plans for rail services to Navan, though initially there will be a spur from Maynooth to Dunboyne. The Northern, Kildare and Maynooth lines will be electrified to cater for DART services.

The LUAS developments include the extension of the Tallaght line to the Docklands, as well as a spur to serve Citywest. The Sandyford line will be extended initially to Cherrywood, then to Bray. The two lines will also be joined, while this new cross-city link will subsequently be extended to serve Broadstone and the new DIT at Grangegorman. A new line from Lucan to the city centre is also planned. Minister Cullen said St Stephen's Green Station would become to Dublin 'what Grand Central is to New York'.

The quality bus corridor network is to be doubled over the 10 years, while Minister Cullen has asked Dublin Bus to review its network. He said he would 'immediately' sanction 20 new buses for the coming weeks. The plan also includes park and rise facilities and the introduction of integrated ticketing and passenger information.

The Transport Minister said congestion charges for Dublin would be considered only when substantial progress had been made on the plan in Dublin.

Finance Minister Brian Cowen said an 'intensive system of monitoring' would be put in place to ensure value for money. He said he expected all the agencies involved to deliver the programme in full, on time and within budget. 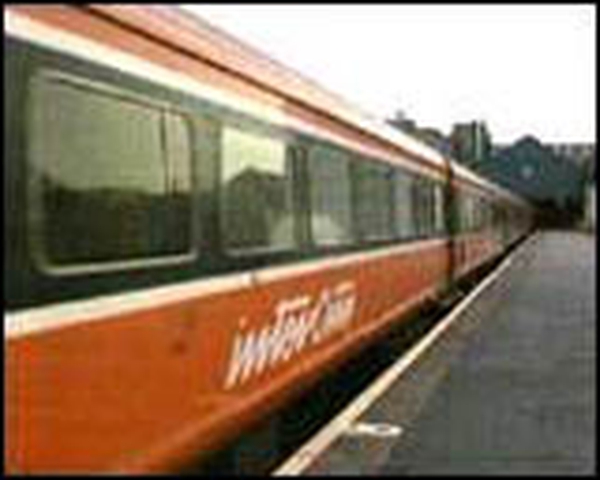