Ryanair today spoke out against Sweden's plan for a new environmental tax on flights, and said it would discourage Ryanair from adding flights to the country.

Ryanair boss Michael O'Leary told a news conference today that 'when we hear things like the Swedish government imposing a stupid tax on travel, it is time to get up here to start fighting taxes'.

Airlines such as Fly Nordic Skyways and Malmo Aviation have also protested against the proposed new levy. The tax is part of government plans in the 2006 budget to raise taxes worth 3.6 billion crowns on what it sees as environmentally harmful energy uses.

Ryanair, which added Sweden to its network in 1997, wants to continue to expand the number of flights, however if the tax were introduced, the airline said it would not.

Aviation is regarded as especially polluting because of the large amount of fuel used at high altitude.

Oisín Coghlan, director of Friends of the Earth Ireland said no one is fond of taxes but that there is no such thing as a cheap flight in the sense that aviation is one of the fastest growing contributors to climate change.

'Michael O'Leary is living in cloud cuckoo land if he thinks that aviation can escape environmental taxation forever', he said.

Mr Coghlan added: 'as we step up the fight to prevent climate chaos the price of flying will have to reflect the cost of flying. That cost includes the carbon emissions and other pollution produced'. 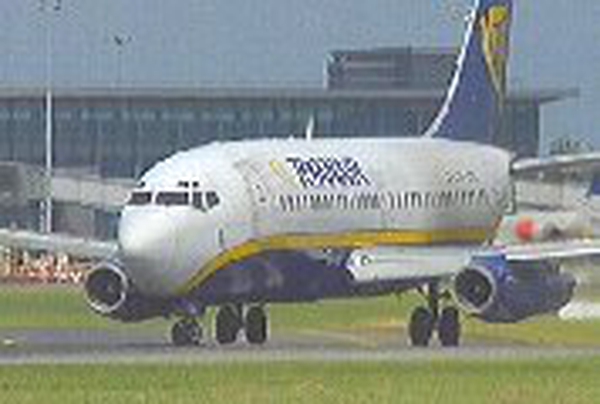 Ryanair 32% ahead despite fuel costs