Crude oil futures surged to a new all-time record of $59.50 a barrel this evening on the New York Mercantile Exchange, topping the high of $59.23 reached earlier today.

The momentum for oil prices has drawn in fresh speculative cash as well as fund buyers concerned about possible energy shortages during the fourth quarter, traders said.

US contracts for the last four months of the year, when oil demand seasonally picks up in the northern hemisphere, all traded at $60 or above.

Analysts said that the main reasons for the continued momentum remain the same as they have been throughout the strong push up over the past month - the perception of a tight balance for the back end of this year in a market with limited slack.

Average prices so far this year are up over $10 a barrel despite almost flat-out pumping by the Organisation of Petroleum Exporting Countries.

The group's president said today that he would consult other member states on releasing an additional 500,000 barrels per day (bpd) of crude. But only Saudi Arabia has spare capacity and Riyadh says it cannot find buyers for more crude.

OPEC has said the key to bringing prices lower is to build more refining capacity rather than boosting crude supply.

Oil has set new highs following evidence last week that high prices have failed so far to make a dent in US fuel demand, particularly for distillates including diesel.

While crude inventories are close to six-year highs, stocks of diesel and heating oil are low by historic standards. US demand over the past four weeks was 6.5% higher than a year earlier, more than twice the growth in petrol.

Meanwhile, a report from a leading energy think-tank says the Organisation of Petroleum Exporting Countries (OPEC) has lost its credibility as a guarantor of oil price stability.

In its monthly report, the Centre for Global Energy Studies (CGES) said OPEC's claims that it was doing all it could to ease oil prices 'are starting to sound rather hollow'. 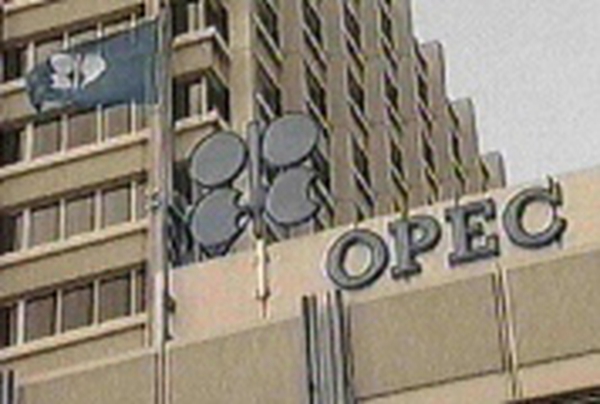 Oil back above $56 despite OPEC