Aer Lingus said today that it had appointed Emirates executive Dermot Mannion as its new Chief Executive, replacing Willie Walsh, who left the company in January.

Mr Mannion will take up his position in August 2005 and will continue the low-fare strategy that has seen Aer Lingus return to profit, the airline said.

Speaking on RTE radio this evening John Sharman, Chairman of Aer Lingus, said he was extreamly happy the board committee had landed the canditate it was after.

He said that Mannion is a major player in the world's airline industry with 25,000 people reporting to him at Emirates from 80 countries. He said that Aer Lingus went looking for him and did a lot of work to secure his services.

He said the that comments made yesterday from  Minister Martin Cullen that proposals would be presented shortly to the Cabinet on the future of Aer Lingus, were completely coincidental, and did not affect Mr Mannion's decision to accept the position.

He said Mannion has a superb track record at Emirates, one of the most profitable airlines in the world, and as a Director of Sri Lankan Airlines was centrally involved in its turn around.

"His highly relevant experience combined with his proven business acumen, financial skills and strategic capability uniquely position him to take Aer Lingus forward," Sharman said earlier in a statement.
Sharman also pointed out that Mannion had completed the purchase of $20 billion worth of aircraft in recent months and as Emirate's Finance Director had led a highly successful $500m bond issue at the airline

Mannion is a father of four and graduated from Trinity College with a Bachelors of Business Studies in 1979.  He is a Fellow of the Institute of Chartered Accountants in Ireland.  After initially working with Ulster Investment Bank for two  years in Ireland, he joined Emirates in 1987 as Treasury Manager. As Finance Director he led the highly successful $500 million Bond issue at the airline.

The Minister for Transport Martin Cullen welcomed the announcement today. He said that Mannion comes to Aer Lingus with a proven track record earned at one of the world's leading airlines. He added that he looks forward to seeing the impact of his leadership on the future development of Aer Lingus.

Fine Gael Transport Spokeswoman Olivia Mitchell TD also welcomed the appointment , but warned that 'the Government must stop bickering and help the new CEO to revive the airline'. 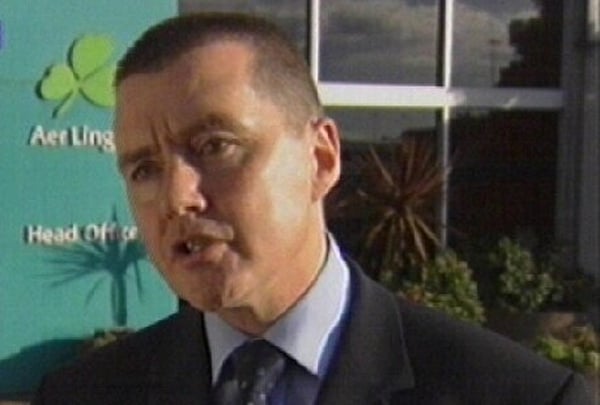