A Ryanair pilot has asked the High Court to imprison his company's Chief Executive Michael O'Leary for suspending him in breach of an injunction.

John Goss, of Yellow Walls Road, Malahide in Dublin, was given leave to serve notice of proceedings seeking an order for the attachment and committal of Mr O'Leary and the rescinding of his suspension.

Earlier this year, Ryanair sought to commence disciplinary procedures against one of its pilots, John Goss.
However, the High Court issued an order on February 28 preventing Ryanair from taking any disciplinary moves until a full hearing scheduled for May 31 next.

Mr Goss had feared the airline might suspend him, which would have serious consequences for his employment because he needs to maintain flying hours to preserve his pilot's licence.

However, The High Court heard that yesterday the company informed the pilot in a letter that it was suspending him on full pay until all court hearings and disciplinary proceedings are completed.

Mr Goss argued that his purported suspension by the company is in contempt of the court order of February 28.
He asked to court for leave to start attachment and committal proceedings - in other words, to have Ryanair CEO Michael O'Leary and flight and ground operations manager David O'Brien jailed.

In an affidavit, he stated that he believed the disciplinary procedure was motivated by the company's wish to subject him to 'bullying, harassment and intimidation' in an attempt to communicate to other employees, particularly pilots, what the consequences would be of anyone seeking to enforce their rights as employees through legitimate industrial relations structures of the state.

Mr Goss was given leave to serve notice on Ryanair of his intention to seek an order for the attachment and committal of Mr O'Leary and Mr O'Brien. He will also be asking the court to rescind his purported suspension.

The matter will return to the High Court on Tuesday.

In a statement this evening, Ryanair said it had no knowledge of any court proceedings today and nor had it been notified of any. 'Furthermore we do not respond to trade union leaks or tip offs to RTE,' the statement added. 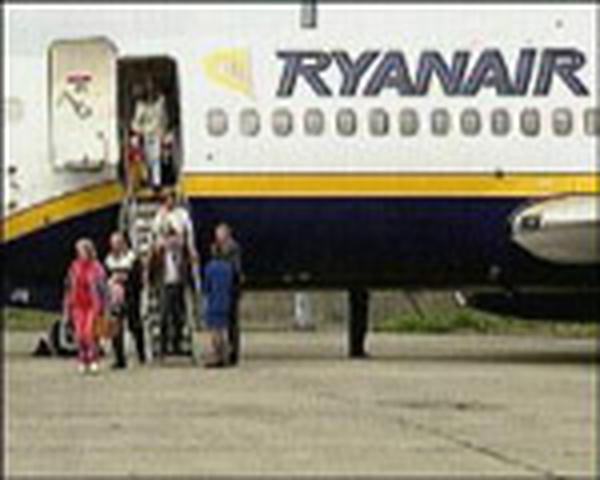