Fyffes chief executive David McCann has told the High Court he believes Fyffes was 'set up' by Davy Stockbrokers and misled by a presentation to investors by Davy on behalf of Fyffes. He also told the court he believed there was an arrangement between Davy an DCC for the purpose of selling DCC's Fyffes shares.

Mr McCann was under cross-examination during the 12th day of an action by Fyffes alleging insider dealing by DCC and DCC chief executive Jim Flavin. Fyffes is also suing S&L Investments and Lotus Green, a Dutch subsidiary of DCC which owned 10% of Fyffes. The defendants are denying the claims.

Fyffes claims the defendants had price-sensitive and confidential information on Fyffes' trading performance at the time of the €106m share deals in February 2000, which yielded a profit of €85m.

Kevin Feeney SC, on behalf of DCC and Mr Flavin, today asked Mr McCann about a Fyffes board meeting on June 30 2000. Mr McCann said it was specially called to review price movements in Fyffes shares.

Mr Feeney referred to a 'bullet' in the meeting agenda relating to 'widespread coverage' of DCC's sale and in particular a suggestion that Fyffes was somehow complicit in that transaction, and that had been a factor identified as having affected the share price. Mr Feeney asked what was meant by 'complicit'?

Mr McCann said many presentations that had been made in late January and early February 2000 were arranged for the purpose of placing DCC shares, and Fyffes did not know that at the time. These meetings would have been arranged by Dublin stockbroking houses.

Fyffes had the impression that the fund managers thought that Fyffes had actively been selling the DCC shares on behalf of DCC and had not done anything about it.

Mr Feeney asked if it was correct that Fyffes was making presentations towards the end of January through stockbrokers? Mr McCann said it was largely one meeting organised by Davy. He though that was around January 30 or 31.

Asked on whose behalf Davy organised the presentation, Mr McCann replied that he though it was on behalf of DCC.

'I think at that time it was my view that Davy and DCC were aware that the object of the exercise was to generate interest in Fyffes' shares with a view to selling the DCC block of Fyffes shares,' Mr McCann said.

Mr McCann said Fyffes was 'clearly' not told, and he believed Davy was told by DCC not to tell Fyffes what was going on. He said he believed Fyffes had been misled by Davy and he had been personally misled by Ronan Godfrey in Davy, but he had not put this to Mr Godfrey. Mr McCann also said he had not taken the matter up with Davy. 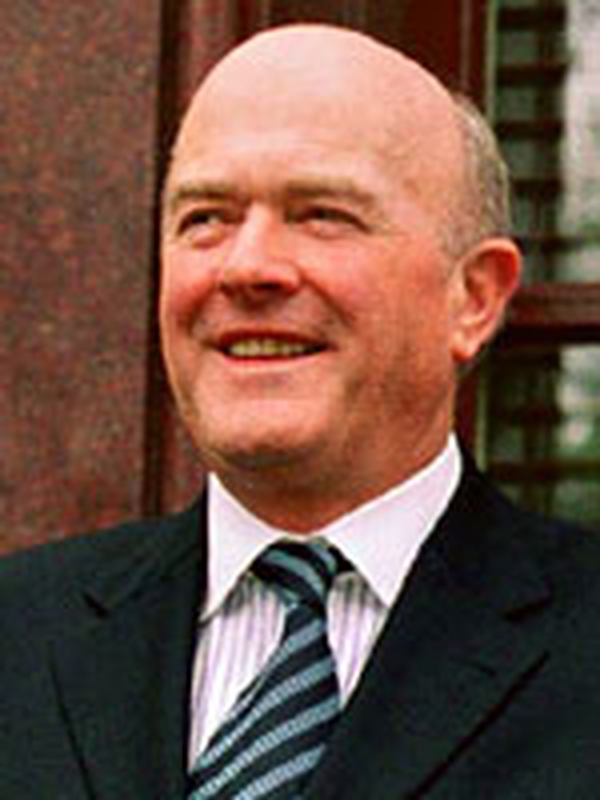