The Minister for Finance Paschal Donohoe said that Budget 2023 is and must be, a "Cost of Living Budget", focused on helping individuals, families and businesses to deal with rising prices.

Speaking in the Dáil, he said that unforeseen risks and challenges - including Brexit, Covid and the war in Ukraine - are becoming more frequent in their occurrence and more severe in their impact.

"As one of the most open economies in the world, we benefit when things are going well internationally, but when they reverse, we are also one of the most exposed," he stated.

He said that headline inflation in Ireland is now running at highs not seen in many decades.

The Department of Finance has updated its forecasts to headline inflation of 8½ per cent for 2022, and just over 7% for 2023, the Minister said.

He also said that his Department has revised down its forecast for Modified Domestic Demand - the most appropriate measure of the domestic economy - to 1¼ per cent for next year.

Mr Donohoe said that the country's public finances have recovered strongly from the effects of the pandemic.

He said that much of this recovery is due to careful management over recent years and by undertaking appropriate responses to the unique challenges which the country has faced.

Mr Donohoe said the recovery in tax receipts is broad based and at the end of August, tax revenues stood at almost €50 billion, up by over €10 billion on 2021.

He said that income tax continues to perform well, and reflects the resilience of the labour market and the success of the employment schemes during the pandemic.

The strong performance of VAT receipts confirms the rebound in consumer spending once public health restrictions were lifted, he added. 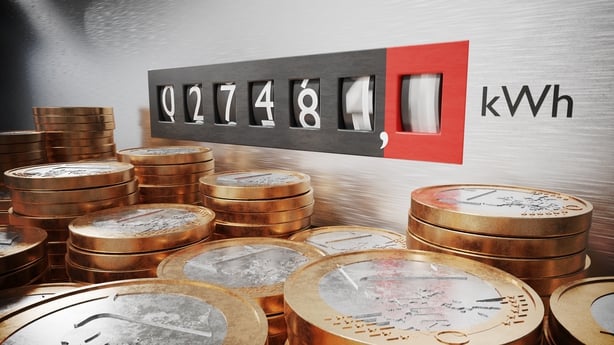 A much anticipated windfall tax on the profits of energy companies hasn't been included in today's budget.

Minister Donohoe said Ireland aimed to be part of the EU-wide response to high energy prices.

"If this is not possible, this Government will bring forward our own measures," the Minister said.

"It is not fair for companies to earn excess profits from the current volatility in the market," he added.

Work is underway at an EU level to capture the windfall gains of energy companies.

Meanwhile, the Minister for Finance has said €2 billion will be directed to the National Pension Reserve Fund this year with a further €4 billion being put aside next year.

Paschal Donohoe said the money was being saved to prepare for future challenges including an ageing population, climate change and the transition to digital technologies across the economy.

"Challenges which were largely unforeseen, are becoming increasingly frequent, and increasingly impactful," the Minister said referencing specifically Brexit, the pandemic and the war in Ukraine.

He said the scheduled contributions mean that we will have 'banked' a large share of the additional corporate tax revenues and ensure that they do not fund permanent expenditure.

He said the move would give the Exchequer additional firepower to respond to challenges over the coming years.