Days after the Budget was announced in October 2015, a Government TD was canvassing in a Cork constituency.

After years of fiscal belt-tightening, the State pension had been increased by €3 and so the TD expected to encounter some joie de vivre on the doorsteps.

Instead, there was an altogether different response.

In fact, one constituent had taped together three €1 coins and then proceeded to fling them venomously at the TD.

Evidence surely that sometimes a modest payment rise can be viewed as derisory.

Yet the feeling this morning in Government is that €5 increase in the State pension and most welfare payments will be sufficient to fend off public opprobrium.

This view is flatly rejected by Sean Healy of Social Justice Ireland who believes that after two Budgets with no increase in core welfare rates, anything less than a €10 rise would be a betrayal of the poorest and most vulnerable.

There is, however, another €200 million in the social protection allocation that will be directed towards carers and lone parents.

The means-test limit to qualify for the Carer's Allowance will be increased from €665 to €750 per week for a couple and the rules around savings will also be broadened.

This is the first major reform of this area in 14 years, and it is set to make thousands more carers eligible for the payment from January.

An increase of €10 on the Back to School Allowance looks set to be announced and more lone parents will be able to receive the payment.

It all led some in Government to conclude last night that the Budget will be "quite socialist".

That no doubt will not be a view shared by many in the Opposition, with Socialist Party TD Mick Barry unlikely to accuse the coalition parties of stealing his political robes.

However, it does highlight the Government's strategy of seeking to deliver both economic and social recovery in the aftermath of the pandemic.

But might an apathetic response from the public be the best that Government can hope for?

After all, budgets these days no longer seem to come laden with massive giveaways or potential seeds of destruction?

Indeed, there was a pertinent observation from John Hyland when he retired as a newsagent in Dún Laoghaire recently.

He noted that the Budget did not lead to more newspaper sales for the last seven or eight years.

At some stage during the grim, tumultuous period pockmarked by austerity budgets, people might have become inured to the Government's annual spending plan.

Yet there remains a latent fear in every member of Government that this could be the Budget that sparks anger.

TDs believe the soaring price of fuel on forecourts up and down the country is a troubling emblem of the contemporary moment.

It means that a great deal hinges on the measures taken to alleviate fuel poverty.

This will include a €5 increase in the weekly Fuel Allowance payment which will take effect from tonight.

More pensioners will also be able to claim the allowance too.

But against the backdrop of a politically agreed rise in carbon tax, it is fair to assume that a cold winter would severely test the warm glow which the Budget fanfare will generate today. 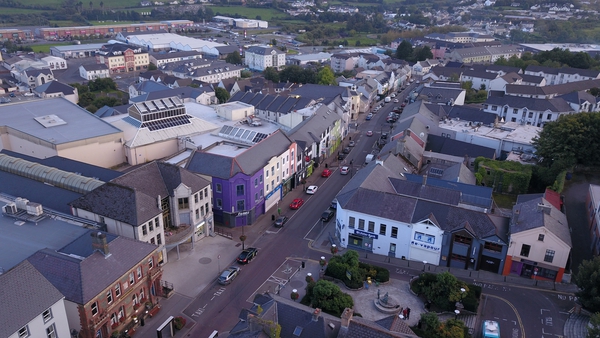 NPHET to discuss advice for Govt on restrictions