Budget 2021 is the first Budget agreed by the Fianna Fáil, Fine Gael and the Green Party coalition Government.

The process was described as a constructive one held during unprecedented times politically.

One of the final parts of the Budget agreed last night was a decision to pay a Christmas bonus for a majority of those receiving the Pandemic Unemployment Payment.

Over 228,000 people are now claiming this payment and most - estimated at between 80% and 90% - will be in line to receive a double payment on 7 December.

After lengthy talks between Minister for Public Expenditure Michael McGrath and Minister for Social Protection Heather Humphreys, an agreement was reached to make a once-off policy change.

It means that anyone getting the payment for four months - which does not have to have been continuously - up to December will receive the bonus.

Separately, Minister for Justice Helen McEntee is understood to have received funding for the training of 600 new gardaí next year along with the recruitment of 500 new garda staff.

Resources will also be made available to purchase 70 new garda vehicles this year after the force was reliant on some rented cars during the pandemic.

Budget 2021 will be delivered later today at the Convention Centre by Minister for Finance Paschal Donohoe and Minister McGrath.

It is expected to focus on measures to tackle the coronavirus pandemic and its continuing impact on the economy, incomes and public services.

Read more:
Live updates
Emphasis on social and affordable housing
Budget 2021 - What we know so far
Budget a day of reckoning in our tale of two economies
Latest Budget 2021 stories

The Budget is expected to see billions in additional funding for health, social protection and business supports.

The economy has fared better than forecast through the pandemic and tax revenues have held up.

This will give the Government more leeway to borrow into next year to support incomes, public services and businesses.

Changes to personal income taxes and across-the-board social protection payments are not expected.

The Government's starting position is a budget deficit of just over €14bn next year. But this could rise by upwards of €5bn as a result of spending decisions.

The Government will also stick to its climate action commitments with an expected €7.50 increase in the carbon tax and a revamped VRT and motor tax regime based on a new emissions test.

Meanwhile, the arts and entertainment industry is expected to receive support in the Budget.

RTÉ News understands that the Arts Council will receive support of more than €120m while the live event sector will receive a separate package worth tens of millions of euro.

In its pre-budget submission, the Arts Council had said that unemployment in the sector is likely to be far higher than in the rest of the economy, and it requested €135m to support arts through the crisis.

Last year the council's allocation was €80m, and that was increased by €20m when the Covid-19 pandemic struck.

The live events sector is expected to receive a separate package of supports to help it deal with the pandemic, which has seen live performances come to a standstill.

Around 35,000 people are employed in this industry and it is estimated to be worth over €3.5bn to the economy.

Budgetary support for this sector is expected to be in the tens of millions and will include help for venues to reopen as well as smaller grants for musical societies and venues like schools and colleges where live performances also take place.

Budget 2021 is also expected to set aside €500m to fund cross-border projects over the next five years.

The work will be overseen by the new Shared Island unit, set up in the Department of An Taoiseach.

The funding should guarantee delivery of the Government's contribution to the planned Monaghan-Derry motorway.

It is also likely to finance a new phase of the Erne Waterway, an element of expanded university facilities in Derry and mooted rail improvements linking Belfast, Dublin and Cork.

This new fund may also help to provide greenway tourism initiatives along disused railway lines in border counties similar to the successful facility in the Mayo constituency of former taoiseach Enda Kenny.

In the past cross-border projects often stalled when individual government departments balanced budgets and shifted priorities. 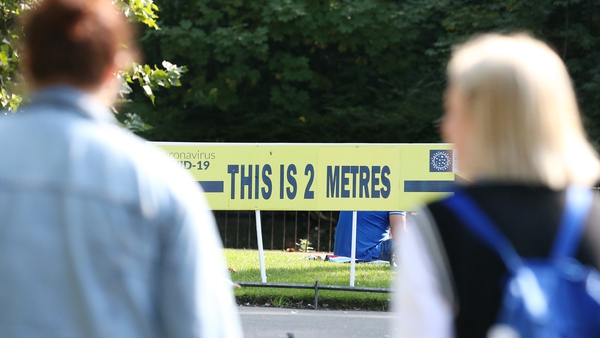