An organisation representing most manufacturing businesses north of the border has said the vast majority view the Northern Ireland Protocol as an opportunity rather than an obstacle.

It said many are reluctant to speak out because the issue has become politically toxic, with unionist politicians claiming it is damaging the economy and undermining Northern Ireland's position within the UK.

"They want the protocol to work, they recognise that there are opportunities here, they want to get on with business. They need the mitigations and the simplifications that we’re all aiming for.

"It’s very difficult for businesses to stick their head above the parapet and actually talk truth to power. That's why organisations like us exist, so we can articulate their views and try to make sure the policy makers make the right choices."

While unionist politicians speak of the Northern Ireland Protocol as a constitutional and business wrecking ball, Mr Kelly said the vast majority of his members view it very differently.

He said they view it as an opportunity because it guarantees continued access to the European single market as well as Britain, giving them an advantage over competitors in England, Scotland and Wales.

"Having unfettered access from sales from Northern Ireland into GB and access to the EU market is absolutely critical for us grasp the opportunity that we have," he explained.

'A positive thing for Northern Ireland'

Based in Dunmurry on the outskirts of Belfast, Brookvent manufactures energy saving ventilation systems that are used in houses, apartments and other buildings throughout the world.

It employs 140 staff, with its distribution headquarters in Poland, offices in a number of European cities including Moscow and Dublin, and smaller distributors in Australia, New Zealand and the US.

"Where are the job losses, where are the factory closures, where is the evidence to support this idea that the protocol has damaged Northern Ireland?"

"I don’t share the negativity at all. I think the protocol, if properly implemented, is going to be a very positive thing for Northern Ireland," he said.

"What we really want to do is, of course, mitigate some of the difficulties there are with it and you know, let's be clear, there are. It’s cumbersome, but those are minor issues in the grand scheme of things.

"I think it's a bigger picture here strategically, the protocol is something that Northern Ireland should cherish and develop, because it’ll offer us significant opportunity."

He also disputes claims that the protocol is causing serious damage to the local economy.

"Where are the job losses, where are the factory closures, where is the evidence to support this idea that the protocol has damaged Northern Ireland?

"I can tell you as a businessman, it's harder to recruit people today than it has ever been. We have jobs we might have filled in maybe two to three weeks, may take two to three months now.

Protocol 'nothing but positive' for food manufacturers

Just over 60km south in Warrenpoint, Co Down, Deli Lites manufactures a wide range of fresh and frozen sandwiches, wraps and similar products.

They are sold in supermarkets, garages, cafes and other outlets throughout Ireland and Britain, as well as a number of countries in mainland Europe and as far afield as Dubai.

Chief Executive Brian Reed also sees the protocol as a recipe for success.

"In terms of the political and the business environment, we need certainty."

"I think we need to take much more about the positive aspects of the protocol," he said.

"For us, it’s been nothing but positive. We’ve done very, very well. On the fresh side of the business, we’ve been able to replace some of the supply of sandwiches coming over from the UK.

"The likes of the large multiples here in Northern Ireland would have brought a lot of sandwiches across the Irish Sea every night, so we picked up quite a bit of business from that, where the retailers are looking to source more locally, reduce their carbon footprint by sourcing on the island of Ireland.

"So yeah, our fresh business has taken off significantly, but also on the export side because of where we are based in Northern Ireland, we have access to the UK market, the Irish market and then into Europe. So being here in Warrenpoint, we're really well strategically placed to be able to export anywhere in the world."

He said the continuing political dispute between the UK and Europe is doing more damage that protocol.

"In terms of the political and the business environment, we need certainty," he explained.

"We need to plan ahead. Entrepreneurs want to get on and make decisions and make things happen and we can’t do that in an environment of uncertainty."

'Companies will adapt and survive'

Around 190km north in the village of Newbuildings on the outskirts of Derry, Fleming Agri is in its 150th year manufacturing agricultural machinery.

The company, which was founded a short distance across the border in St Johnstone in Co Donegal, sells its products throughout Ireland and the UK, mainland Europe, Australia, New Zealand and the US.

Chairman George Fleming is the fourth generation of his family to run the company, and his son will become the fifth.

He believes the alleged problems caused by the protocol have been overstated and does not believe it needs to be scrapped as he says it offers a competitive advantage.

Mr Fleming is also confident his business and others will adapt and survive.

"Without our manufacturers, without access to those markets, those manufacturers can't bring that cash and we can't have an economy in Northern Ireland."

"We’ve been here a long time. We go back as far as the Civil War, the partition of Ireland, the First World War, Second World War, foot and mouth, BSE, the pandemic, financial crisis, partition of the punt from the pound," he said.

"I mean, those have all been major crises for various generations, and we're still here and we're bigger and stronger than ever.

"In Northern Ireland politics, how many times have we been on the brink, and whatever that brink is, it resolves itself? Businesses deal with the issues at hand and will react to them, that’s purely and simply what they’re concerned with."

Increasing speculation that the UK will soon trigger Article 16 and suspend the protocol is causing concern that businesses in Northern Ireland could suffer if the EU retaliates with tariffs or other barriers to trade.

"We had zero business in Europe in 2010, and in 2021 about 70% of our turnover now is in mainland Europe, so that would give you some idea of how important that market is to us," said Mr Gormley.

"To have that market closed off, or difficult to access, would not be a good thing."

Mr Kelly said the stakes could not be higher.

"Northern Ireland's manufacturers bring in £15 billion worth of external income. That’s the same amount of money that the Northern Ireland Executive gets from London to run public services," he said.

"Without our manufacturers, without access to those markets, those manufacturers can't bring that cash and we can't have an economy in Northern Ireland." 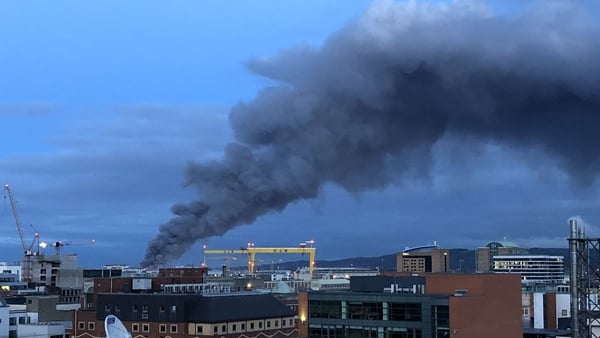 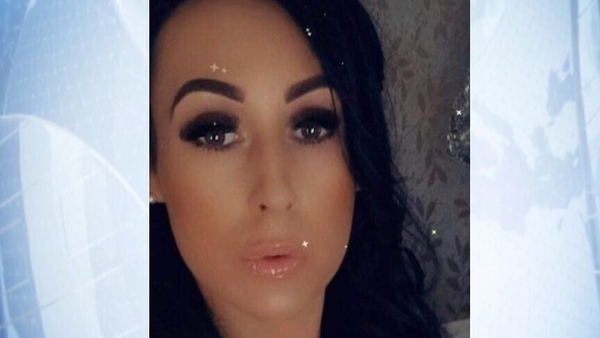