Senior EU figures are contemplating a major reset in relations with the UK that would coincide with the formal ratification of the free trade agreement at the end of April, RTÉ News has learned.

The idea would be for both sides to work towards a package of solutions around the outstanding issues of the Northern Ireland Protocol, as well as other areas of tension, such as the status of the EU's delegation to the UK.

Senior figures have confirmed to RTÉ News that a formal, set-piece event marking the ratification of the Trade and Co-operation Agreement (TCA), which was concluded by both sides on Christmas Eve, could inaugurate a more harmonious relationship.

It is understood very tentative discussions have been under way at a senior level between officials in Brussels and London.

There has been a fractious start to the new post-Brexit relationship from the beginning of January, with simmering tension over the Northern Ireland Protocol, vaccine procurement, the diplomatic rights of the EU ambassador to the UK, and the alleged discrimination against citizens from a number of eastern European member states over UK work visas.

The fear among senior EU officials is that unless there is a clear reset then the relationship could become one of perpetual tension.

Some observers have seen the appointment of David Frost, the former UK Brexit negotiator, to the role of overseeing the future relationship as reflective of a dynamic that could be more about confrontation than co-operation.

The European Parliament is expected to formally ratify the TCA on 24 March, meaning national capitals would give their final and formal consent to the treaty early to mid-April.

This would ideally coincide with both sides signing off on a package of solutions to the most contentious outstanding issues, especially the Northern Ireland Protocol and the London embassy issue.

However, it is understood that there would have to be hard negotiations in the coming weeks in order to provide the political space for a genuine reset.

The Northern Ireland Protocol remains the most difficult issue, following the European Commission's move to invoke Article 16 at the end of January.

Demands by unionists for the protocol to be scrapped have thus far fallen on deaf ears, but London and Brussels remain some distance apart on how to resolve the deepening antagonism over trade barriers on goods moving from Great Britain to Northern Ireland.

In December, both sides reached agreement on how to implement the protocol, which came into effect on 1 January.

A grace period, during which Northern Ireland supermarkets importing huge volumes of food from Great Britain would be absolved from needing expensive and cumbersome documentation, expires on 1 April.

A meeting on Wednesday of the EU-UK Joint Committee, co-chaired by commission Vice President Maroš Šefcovic and his UK counterpart Michael Gove, concluded with no real breakthrough on the outstanding issues.

It is understood Mr Šefcovic has requested another joint committee meeting before the end of March, ahead of the deadline for the grace period to end.

The UK has asked for two grace periods, related to food safety rules, to be extended until 1 January 2023.

EU to ask citizens their views on European reform

Riots, risk-management and the tortured arc of Brexit 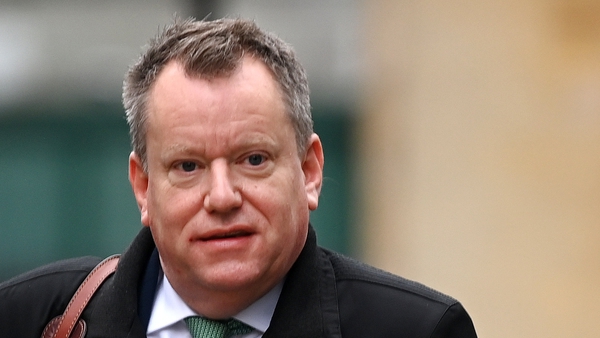