A British parliamentary committee has called for the UK government to produce robust contingency plans to cope with disruption caused leaving the EU single market and customs union on 1 January.

The cross-party Committee on the Future Relationship with the European Union warns of a potentially challenging start to 2021 as businesses, traders and citizens adjust to life outside the single market and customs union.

It is concerned that there will be traffic disruption around ports, trucks will not have the right paperwork, and the UK's national security could be weakened by the loss of access to EU crimefighting databases.

"The Government still cannot provide businesses, traders and citizens with certainty about what will happen in all the areas affected by the negotiations, but as we leave the rules of the single market and the customs union, firms exporting to the EU will face more red tape, unfamiliar forms and extra costs from 1 January whatever happens."

The report acknowledges the complex work the UK government has done in developing the Border Operating Model, the way the UK border will work after 1 January.

However, key decisions have been taken very late, including the announcement of the outcome of bids to the Port Infrastructure Fund and the location of inland customs facilities to serve the ports of Holyhead and Cairnryan.

It says this delay has affected overall readiness as 1 January approaches, and makes it even more critical that the government has robust contingency plans in place to deal with any disruption from the end of the year.

The British Border Operating Model relies heavily on IT systems.

The report notes that whilst the government appears to be on track to make the necessary changes to its own IT systems by 1 January, such as the HMRC's Customs Declaration Service, they are being rolled out with very little time remaining.

It warns that not all businesses and traders will be able to update their own systems that integrate with the HMRC IT systems, nor will they be fully trained on the new software at ports and in countries they are exporting to or importing from.

This training is vital if new arrangements are to function smoothly, and late delivery makes this harder. There are also concerns that the systems have not been fully tested.

The European Commission has published its own contingency measures, in the event that no deal is agreed between the EU and UK in the current talks process.

Given the lack of preparedness in terms of physical customs facilities, and IT systems, the committee says the UK government's decision to phase in customs controls on goods arriving from the EU over the first six months of 2021 was the right one.

But it warns that July is not far off and urges that all necessary systems and infrastructure are put in place, and businesses are made aware of what changes they need to make, as soon as possible.

The report also calls on the EU to reciprocate the UK's decision to phase in controls. This would mean, for example, that Irish Customs and Department of Agriculture controls would not be fully applied at Dublin Port on all goods arriving from 1 January, but would be phased in over a six-month period. 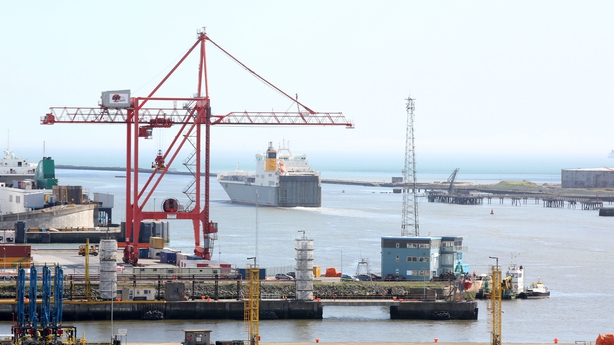 On 1 January, the UK's police and law enforcement agencies lose access to EU data systems and crime fighting processes, such as the European Arrest Warrant.

The report says that whilst the precise nature of future co-operation with the EU on law enforcement remains unclear, the UK's safety and security must not be compromised.

While UK law enforcement agencies are working to develop alternatives to EU databases such as the Schengen Information System II, the fallback systems for information sharing are likely to be slower and more cumbersome.

The report says: "We still do not know if the UK will receive a data adequacy decision to enable data transfers from the EU to the UK, and a replacement for the European Arrest Warrant is unlikely to be in place by 1 January. The Government must closely monitor the speed and effectiveness of its fallback systems."

The committee heard evidence from PSNI Chief Constable Simon Byrne, who expressed concern at the effects on exchanging data across the border with gardaí.

Mr Byrne said: "I have described it as imagining a world where you are going from Wi-Fi to a modem: in other words, you will still have connectivity, but it will take a lot longer."

He also said he hoped the PSNI and gardaí could negotiate a bilateral arrangement that could replicate the Joint Investigative Team, a Europol initiative that the UK will no longer have access to in a fortnight's time.

The committee has urged the British government to explore all available opportunities for countering cross-border crime in Northern Ireland, including bilateral arrangements, that build on current co-operation between the PSNI and gardaí.

The committee welcomed the agreement between the EU and the UK on how the Northern Ireland Protocol will work, but it said it was very late in arriving, and warned that the early months of 2021 are likely to be difficult, with some problems deferred rather than solved.

It said: "Northern Ireland businesses and civil servants will face challenges, and if these are to be overcome, then all parties must show flexibility, creativity, and generosity of spirit."

To ensure that the protocol is applied consistently and to avoid future disputes, HMRC should work closely with the Irish Revenue Commissioners and other relevant authorities, the committee said.

It also suggested that the British government should, together with its devolved counterparts, put contingencies in place to minimise traffic disruption near affected ports.