Ireland's explosive growth and development over the past five decades has been driven by the European single market and the inflow of US capital – and by Irish policy choices to make the most of those two elements.

The relationship between the EU and the US is absolutely central to Irish national interest. Without that essential, transatlantic framework, Ireland’s economic, political and social choices are drastically reduced.

It’s not a question of either-or: Both the EU and the US are essential to Irish interests, and the relationship between the US and the EU is the key strategic relationship overarching all other policy choices.

So how good is that relationship? How important are the two sides to each other? And how have they responded to the two biggest challenges of recent years, the war in Ukraine and the Covid 19 pandemic? Where is this relationship going next – and how will that impact on Ireland?

Like all relationships, there are ups and downs – things and people that annoy, sometimes infuriate, the other side.

But in general, over the long-term, the relationship is a good one, driven by mutual self-interest and shared values of democracy, rule of law, human rights and, more recently, the environment.

Yes, there is plenty of disagreement – and it's not hard to pick an example or ten to demonstrate differences. But the breadth and depth of shared views between the EU and US is extraordinary in international relations.

Read more:
EU membership transformed life in Ireland over past 50 years
Ireland at 50: Where we stand in the EU firmament
Ireland's past, present and future relationship with the EU
1973-2023: How joining the EU has changed Ireland

And all of that with no free trade agreement between the EU and US.

Arrangements have been built piecemeal, sector by sector. With an average tariff rate of 3% on transatlantic trade, some have argued that a full, formal free trade deal is not necessary.

This talk became particularly pronounced in the wake of the failure of TTIP – the Trans-Atlantic Trade and Investment Partnership, an ambitious free trade negotiation, launched in Dublin Castle in 2013.

Although the political mood in the US has turned against new free trade agreements with anyone - as even UK Brexiters like David Frost have admitted - and the Trump administration moved swiftly to rewrite its free trade arrangements with Canada and Mexico, there is still plenty of life in the piecemeal approach.

That has become formalised in 2021’s agreement to establish an EU/US Trade and Technology Council (TTC). The aim is essentially to secure ongoing Western dominance of new and emerging technologies – writing the rules and setting the standards for the technologies that will shape the 21st century.

It also aims to use the combined purchasing power of 780 million rich consumers to make those standards reality and, in effect, establish them as the de facto global standards that everyone else has to adhere to.

For example, this is a US State Department briefing note on what the TTC aims to do on the hot-topic of Artificial Intelligence:

"Artificial Intelligence (AI): The United States and European Union will develop and implement AI systems that are innovative and trustworthy and that respect universal human rights and shared democratic values, explore cooperation on AI technologies designed to enhance privacy protections, and undertake an economic study examining the impact of AI on the future of our workforces."

There has been an urgency in the work of the TTC over the past 18 months, driven by the long run fears over the unrelenting rise of China as a non-democratic power in the world, and by the short-term impacts of the Covid pandemic and the War in Ukraine.

Chinese technological prowess – and its security implications – have rattled Western governments, particularly the US. The forcing of Huawei from 5G phone networks is now being followed by an all-out assault on the popular social app Tik Tok, which has been banned from US government issue phones and devices.

Some US politicians have called for the app to be banned, such are their concerns over data security and the harvesting of massive quantities of information by Chinese based companies.

The war in Ukraine also brought to a head long-standing fears, particularly in the US, over a possible Chinese invasion of Taiwan. It supplies some 90% of the microprocessors used on the planet – an over-concentration that has left a wide array of industries vulnerable to supply disruption from a war or a pandemic.

And the latter happened – causing chaos in the production of motor vehicles in particular, leading to a sharp rise in the cost of second-hand cars.

The real-world example of vulnerability has led the EU and the US to both pass so called "chips acts" last summer, setting legal frameworks for the use of public subsidies to establish microprocessor manufacturing facilities in Europe and America.

The Taiwanese industry is also keen to diversify manufacturing away from the island to its EU and US customer bases.

Shortening the supply chains will, it is hoped, give greater resilience to the European and US economies in the face of geopolitical problems or natural disasters.

It is also a strong signal of intent to "re-shore" industrial production that is seen as strategically vital to both the EU and US. With China moving decisively towards fuelling its economy with domestic growth rather than relying on exports, it may not be the source of too much tension in east-west relations.

But the urgency in TTC is to try and get ahead of emerging technologies and write a regulatory rulebook that establishes the new market rules for new technologies, rather than looking backwards in trying to fiddle with tariff rates or market rules for existing products and services.

There are ten working groups for the TTC, trying to shape a common EU-US approach in each area (not a single set of rules). These working groups will focus on:

There are five co-chairs of the TTC – three from the US: Secretary of State Anthony Blinken, US Trade Representative Catherine Tai, and Commerce Secretary Gina Raimundo.

On the EU side, two senior vice-Presidents of the European Commission, Competition Commissioner Margarethe Vestager and Trade Commissioner Valdis Dombrovskis. These are very senior appointments, and underscore the seriousness of this project to both sides.

It all points towards greater integration and co-operation between the EU and US in these new technology areas, and that in turn implies closer, deeper links on a political level, which includes foreign policy and defence policy.

The daily outworking of that can be seen in the ongoing response to the war in Ukraine and the alignments – and misalignments – on both sides of the Atlantic.

Although there is new energy and direction in the EU-US relationship, it's not all plain sailing.

The initial welcome on the EU side for the Biden Administration's securing of the biggest ever investment in combatting climate change – the Inflation Reduction Act – last summer, quickly gave way to frenzied concern over the act’s potential for excluding European goods and services from the US market, particularly electric vehicles made in Europe.

A very direct approach from President Macron on his recent state visit to Washington did get President Biden to state publicly that a lot of the language the Europeans are concerned about is not meant to be taken literally, is not supposed to exclude European firms and will be worked on by the US side in the months ahead.

But actually, changing an existing law is extremely difficult, so this will be watched very closely in 2023.

For Ireland this shifting strategic picture in the EU-US relationship presents a combination of opportunities and threats in pretty much every policy area: understanding them and acting on them will largely determine the future course of the state in the 21st century. 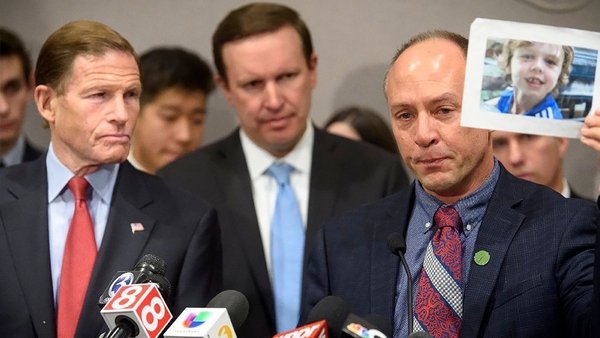