Russia annexed Crimea in 2014, supports separatists in Ukraine and has deployed an estimated 100,000-plus troops on the country's border. The US claims Moscow is prepared for a full invasion of Ukraine, which Russia denies.

Vladimir Putin does not regard Ukraine as a real country, more an artificial Soviet creation on historic Russian territory.

He says Russia needs security guarantees, including a demand that NATO rule out any future membership for Ukraine.

How real is the sense of threat driving President Putin’s demands and what lies behind it?

In his annual press conference at the end of last year, Russian President Vladimir Putin complained Russia has a history of being misled, threatened and encircled by the US-led North Atlantic Treaty Organisation (NATO), the military alliance founded at the start of the Cold War.

He said that NATO has "cheated [Russia] shamelessly" by breaking a commitment not to expand eastwards after the fall of the Berlin Wall and the collapse of the Soviet Union.

It is true that in 1990, US Secretary of State James Baker assured Russian Foreign Minister Eduard Shevardnadze and President Mikhail Gorbachev that a continued US troop presence in a newly united Germany would require "iron clad guarantees" that NATO would not expand its jurisdiction or forces even "one inch to the east". Ultimately, no such guarantees were secured in writing.

Former Soviet satellite states the Czech Republic, Hungary, and Poland joined NATO by 1999. Bulgaria, Estonia, Latvia, Lithuania, Romania, and Slovakia followed suit in 2004. Having been occupied (and in some cases re-invaded) by the Russian-dominated Soviet Union, these countries saw an opportunity at a time of relative weakness for Russia to exit its sphere of influence. This took the form of applying for both EU and NATO membership.

Understandable as these countries’ security concerns were, Russia felt increasingly encircled by NATO, particularly when Georgia and Ukraine were named as potential members in 2008. NATO’s rules allow "any other European state" to join by invitation, but no formal membership path has been drawn up for Ukraine.

"The NATO–Russia Founding Act signed in 1997 is a formal agreement signed after the alleged promise by Baker and by the Russian Federation (not the Soviet Union). It commits both Russia and NATO to respect the 'sovereignty, independence and territorial integrity of all states and their inherent right to choose the means to ensure their own security’. Despite this, the Kremlin has fostered a narrative of betrayal, that the West has reneged on promises and taken advantage of Russia when it was weak."

Do Russian concerns over Ukraine stem from a fear of invasion?

Alongside its history of invading its own neighbours, Russia has itself suffered and repelled multiple devastating invasions, mainly from the West. Its annual Unity Day, celebrated in November, celebrates a victory over 17th Century Polish invaders. The 19th Century saw both Napoleonic conquest and the Crimean war, in which it faced Britain, France and the Ottoman Empire.

Russia was invaded twice by Germany in the 20th Century during both the First and Second World Wars. During the latter, many of the 20,000,000 Soviet deaths - a quarter of total WWII fatalities- were Russians.

Russia’s 2,000km border with Ukraine is much harder to defend than its border with the West when it occupied eastern Europe as part of the Soviet Union with Warsaw Pact allies acting as a buffer zone. Last year, Vladimir Putin accused the US and its allies of wanting to divide Russia.

"They believe that Russia is too big as it is today. This is because the European countries themselves turned into small states. Instead of vast empires, they are now small states with 60 to 80 million people.

"However, even after the Soviet Union collapsed, and we were left with just 146 million, it is still too much for them," he said.

But a fear of invasion is not the foremost Russian concern, Prof Ó Beacháin argues.

"The fear is more rhetorical than real and is articulated to secure concessions at the expense of neighbouring states, such as Ukraine. The idea is that the Kremlin’s insecurities can only be assuaged when it is surrounded by weak dependencies who are not part of any supportive alliance such as the EU or NATO.

"It in no way tries to assuage the insecurities of the smaller states that have traditionally been the victim of Kremlin-sponsored aggression and seek to escape this cycle of abusive behaviour.

"Over the centuries Russia has survived invasions from the Poles, Napoleonic forces, the Central Powers during World War 1 and Nazi forces in World War 2 - the last of which resulted in the loss of up to 20 million Soviet citizens. Since the Soviet Union acquired the nuclear bomb in 1949 (now held only by the Kremlin) the threat of a military invasion has evaporated. What the Kremlin fears, therefore, is not invasion but rather losing its influence in what it considers ‘the near abroad.’"

Russia views popular protests at home and in neighbouring countries as evidence of dangerous western meddling. The nearer the popular uprising, the more dangerous it is. It regarded the 2004-2005 Orange revolution in Ukraine, the 2003 Rose Revolution in Georgia and other so-called ‘colour revolutions’ as little more than US-backed coups in its backyard. The fear of contagion into Russia itself is real.

President Putin witnessed the East German regime’s loss of control amid popular protests while stationed in Dresden as a KGB officer and the experience had a profound effect on him. He has been quick to express support for authoritarian leaders in Belarus and Kazakhstan when they have faced mass protests and sent security forces to bolster President Tokayev in the case of the latter.

Speaking to the UN in 2015, Russian Foreign Minister Sergei Lavrov articulated his country’s position on the 2014 overthrow of Ukraine’s President Viktor Yanukovych during mass protests against his choice of closer relations with Russia over moves towards EU membership.

Lavrov described the protests as being part of a western push for world domination. 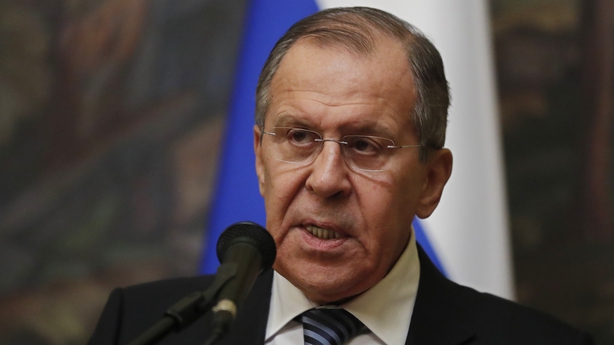 "In the pursuit of the illusory goal of global domination, they are using a wide range of unsavoury methods, such as heavy pressure on sovereign states and attempts to force political, economic and ideological solutions and standards on them.

"For those who ‘misbehave’ they have a technology for inspiring internal unrest and promoting regime change. An example of this is the open encouragement of an unconstitutional state coup in Ukraine last year," he said.

Prof Ó Beacháin, who studied colour revolutions for his book ‘The Colour Revolutions in the Former Soviet Republics: Successes and Failures’ has lived in a number of the countries where such uprisings have taken place.

He believes the western role in protest movements is exaggerated and ignores other destinations for western funding.

"Depicting opposition as ‘colour revolutionaries’ deprives ordinary people of agency and portrays them as dangerous mercenaries. In such a situation, domestic discontent doesn’t have to be reckoned with for it can be explained away as part of a foreign-backed conspiracy to bring about a coup d’état. It’s true that western governments do spend money to help fund non-governmental organisations in post-Soviet countries although the avenues for this have been largely shut down in recent years.

"However, what is forgotten is that is that Western actors not only funded the opposition but the governments that were overthrown. Funding for Georgian and Kyrgyz NGOs was eclipsed by the huge sums given to the Shevardnadze and Akayev regimes since the early 1990s. Indeed, by helping unpopular autocrats to stay in power and lending money to their regimes, the West may have postponed revolution rather than precipitated it."