As he takes over as German chancellor, Olaf Scholz already has a full in-tray.

From steering foreign policy away from a crisis with Russia, to the existential threats of climate change and an ongoing pandemic, he will have to hit the ground running.

"I think his in-tray is enormous," says Dr Constanze Stelzenmüller, who is the Fritz Stern Chair on Germany and trans-Atlantic Relations at the Brookings Institute.

"He and his coalition partners want to have a real impact on the transformation and politics of the German economy and society and at the same time they've got some urgent political issues, like the crisis building up on the border of Ukraine, because of Russia's massive troop movements and threats."

Commenting on the issue in one of his first TV interviews yesterday, Chancellor Scholz said there would be consequences if Ukraine's borders were violated by Russia, but he said Germany and other countries were doing everything possible to avoid that happening.

Concerned by the Russian military build-up, the United States wants Germany to use its pending approval of the nearly finished Nord Stream 2 gas pipeline from Russia as leverage in the standoff with Moscow over Ukraine.

"We have a very clear view. We want everyone to respect the integrity of borders," he said.

"Everyone understands that there will be consequences if that doesn't happen, but the thing is to do everything to make sure they remain un-breached," he said.

In another interview with ZDF television, Mr Scholz skirted questions about whether Germany would join the US, Australia and Britain in a diplomatic boycott of the Winter Olympic Games in Beijing. Entering into a three-way coalition with the environmentalist Green party means action on climate change will also be top of the new chancellor's agenda.

The coalition parties agreed to a target of net-zero greenhouse gas emissions by 2045 at the latest, and to make the expansion of renewable energies central to their work.

"I think it's at the top of the agenda of every single government ministry in Berlin," says Constanze Stelzenmüller.

Transforming the economy in a way that is socially acceptable to meet this agenda will be one of his biggest challenges, she says.

The Covid-19 pandemic is also a major stumbling block that means the new chancellor could get off to a difficult start in implementing his ambitions, particularly with the arrival of the potentially more infectious Omicron variant.

Germany, which was initially praised for having managed the first wave of Covid by keeping infections relatively low, recorded 527 deaths yesterday, in a fourth wave that has put an increasing strain on hospitals.

It has led to questions about how to tackle the country's relatively low vaccination rate when compared to other EU members.

It currently stands at just over 69% and there are plans to pass legislation in the national parliament to make vaccination mandatory from February next year.

Olaf Scholz has already made it clear that he believes vaccinations should be made compulsory for targeted groups and that fighting the coronavirus will be top of his government's agenda.

Speaking late last month, he said: "Vaccination is the way out of this pandemic. In institutions where vulnerable groups are cared for, we should make vaccination compulsory."

The creation of the EU's €750 billion coronavirus recovery fund earlier this year was seen as a defining moment for the bloc, with agreement reached despite resistance from the outgoing chancellor Angela Merkel. 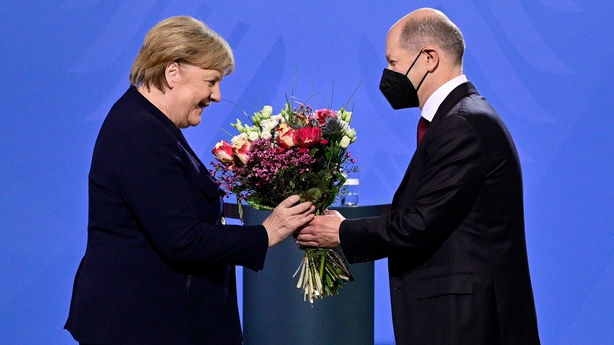 Member countries agreed for the first time to raise their common debt to ensure that those countries most affected by the pandemic will be able to fight off some of the worst effects on their economies by investing in recovery plans for growth.

Dr Stelzenmüller says this was something Mr Scholz played a major role in as Dr Merkel's finance minister.

"His biggest achievement, one that does sort of earn him a place in the history books is getting Angela Merkel and her centre right conservative Christian Democrats to accept the European Recovery Package, which was largely designed by Scholz's finance ministry," she says.

On other simmering issues like Brexit, Dr Stelzenmüller says Mr Scholz is likely to take a pro-European approach in line with that of his predecessor.

Back in September, he was quick to blame Brexit and an end to freedom of movement for the UK's fuel crisis which was exacerbated by a lack of HGV drivers.

"The free movement of labour is part of the European Union, and we worked very hard to convince the British not to leave the union," he said, whilst saying good relations between Britain and the EU should be maintained.

"Ireland can expect Chancellor Scholz to be highly pro-European, very much a defender of European member states rights and I think that will be true for Ireland vis-a-vie the UK as well.

"We have to find a working relationship with the United Kingdom on a lot of issues, not least defence and security and trade… but I think that the status of an EU member state under European law is for Berlin, even with this new government, non-negotiable," she says.

Having held the position of German chancellor for 16 years, Dr Merkel's were always going to be big shoes to fill.

However, whilst some have dismissed the 63-year-old softly spoken Mr Scholz as "boring", Dr Stelzenmüller believes he will bring some of the same skills to the job as Mrs Merkel did, along with possibly even more ambition.

"He has many of the same inclinations as she does which are to broker consensus, build bridges, generally not to be excitable or rhetorically ambitious, which is probably the way Germans like it.

"That said, he has said that he will be much more ambitious in his government programme, and I think his Green and Liberal coalition partners are entirely in agreement with him on the ambitiousness of the programme, if not entirely on how to implement it, which will probably be the subject of dispute," she says. 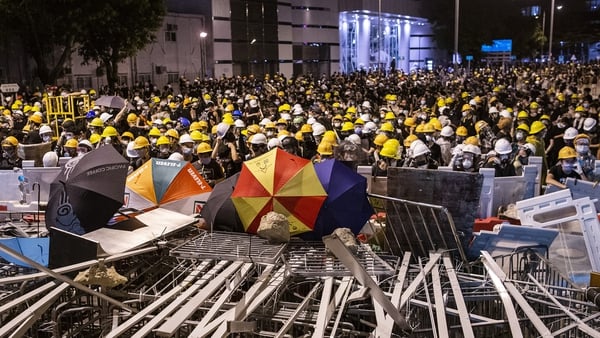 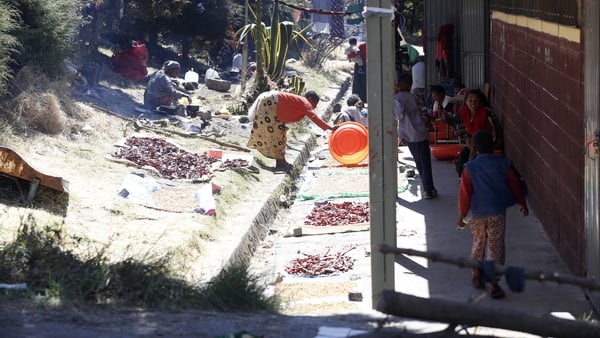