There were lots of stark warnings at the United Nations this week.

Terms like 'code red', 'alarm bells' and 'existential threat' were used repeatedly to describe some of the biggest challenges facing the world right now, not least the crises of the pandemic and climate change.

Leaders, including the Taoiseach, called on countries to work together to save the planet.

But there were plenty of divisions on display throughout the week.

On Thursday, Ireland chaired a meeting of the UN Security Council on the issue of climate and security, urging the council to formally recognise the link between the two.

The United Nations Secretary General António Guterres and the US Secretary of State Antony Blinken praised Ireland's efforts but not everyone agreed. 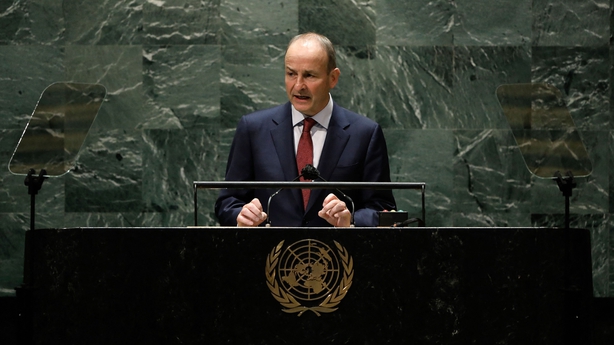 China, Russia and India are sceptical about linking climate and conflict.

The Russian representative told the debate that lots of other agencies and bodies already deal with climate change and that adding it to the work of the Security Council would lead to duplication and obstruction.

"There is a Russian saying that illustrates this: too many cooks spoil the broth," he said.

The Taoiseach insisted that such opposition had not scuppered Ireland's efforts in the area of climate and security.

"Views are never fixed forever and our challenge now is to persuade and engage with all members in respect of these issues," Mr Martin said.

That persuasion will intensify over the coming days as Ireland works on a draft resolution linking climate and conflict. 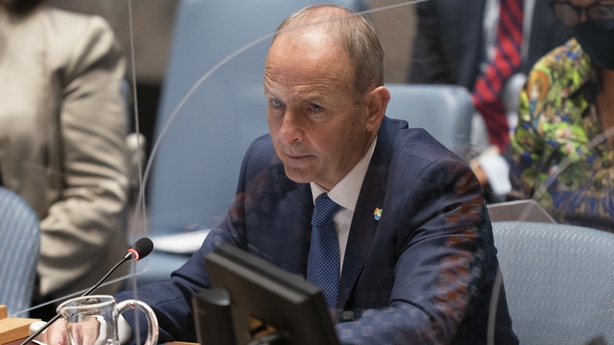 If Russia and China, can be convinced not to veto the measure, it should have enough votes to pass.

The debate highlighted both the problems and potential of the Security Council. It is a body that is often criticised for being ineffective and divided, with permanent members like Russia, China and the US able to just veto any resolutions they don't like.

It raises questions about how a small country like Ireland can make a difference but the Government would argue that it is better to have a voice at the top table, rather than shouting from the outside.

The Taoiseach made reference to this in his address to the UN General Assembly.

In his address to the United Nations, the Taoiseach says that a series of alarms have been sounded for conflict: Covid-19 and climate. "We have heard the alarms, now we must respond," he says. | Read more: https://t.co/ouKfBPcpd6 pic.twitter.com/Fs2KGD4gNx

"Our own experience of conflict on the island of Ireland has taught us that building peace is painstaking, long and often frustrating. We expected that our time on the council would reflect that complexity; would require stamina, ingenuity, compromise and determination. And so it has proved," he said.

Mr Martin warned that too often, the UN Security Council has been divided on key issues.

"It is a lesson hard learned that when we, in this building, are divided, it is the most vulnerable who suffer the consequences," he said.

Russia's delegates may be warning that "too many cooks spoil the broth" but perhaps Ireland's negotiators should introduce them to a saying of their own that makes a very different point: "Ní neart go cur le chéile" - there is no strength without unity.