Britain's plan to move to the final phase of unlocking society is on a knife edge.

The target date of 21 June is in the balance. The rapid spread of the so-called Indian variant of Covid-19 - and its potential to outpace the rollout of vaccines in the UK – is now at a critical point.

Within a few short weeks, the risk of opening up society, the economy and travel has gone from manageable to potentially catastrophic.

It presents Boris Johnson and his government with a real dilemma.

Evidence gathered in the next few days will determine whether this is a decision point as critical as the ones faced last March and September that we heard so much about in Dominic Cummings' evidence on Wednesday.

And what is happening in Britain is directly relevant to the management of the pandemic in Ireland - not because it is the big neighbour next door that we (too often) follow in the wake of.

But because the Indian variant is already in Ireland. So how it plays out in Britain will have lessons for the management of the variant in Ireland.

What is dangerous about the variant that originated in India is the speed at which it spreads, and in particular among close contacts of those who are infected.

And how it is playing out right now is alarming, with cases doubling every week. The most recent data set shows the number of Indian variant cases at 7,000.

He warned that "all it takes is five or six doublings and you are up to quarter of a million cases, and then you could see see pressure on the NHS". That is the end of June he is talking about.

The British government expects a rise in the number of Covid cases, as this year's lockdown measures are unwound.

Lockdown was, as Boris Johnson and his chief medical and scientific advisors have said, the main factor in reducing the infection rate here (as elsewhere). 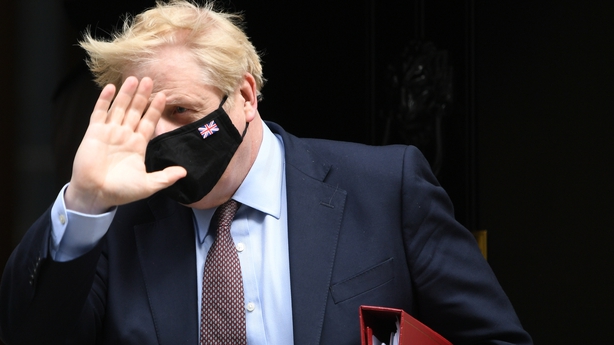 Variants of a disease, as we are constantly told, happen constantly. The good news in the case of the recent variants of concern (Kent, Brazil, India), is that the vaccines work well against them. Even a single dose of vaccine provides some protection for a period.

The rapid roll-out of vaccines here in the UK means almost 70% of the adult population has been given a first dose. Most people in the top nine priority groups for protection have received their first dose.

But there is a chink in the armour provided by the vaccines: the time lag between doses.

The UK's strategy of leaving a ten or 12 week gap between vaccine doses worked well during the first quarter of the year, as it allowed a lot more people to get the benefit of a single shot of vaccine.

Now it is the middle of revaccinating the age groups most vulnerable to severe illness from Covid.

Faced with the new threat of the variant that originated in India, the UK government cut the time between shots to eight weeks, and is urging people to go back for their second dose as early as possible.

What is dangerous about the Indian variant is the speed at which it spreads, and in particular among close contacts of those who are infected.

A Public Health England technical paper published during the week estimated the Indian variants "growth advantage" over the Kent variant at 99%. So it grows twice as fast. No other variant (either of concern of or interest) grow at anything like that pace.

Professor Christine Pagel of University College London, and a member of the Independent SAGE group of scientists, notes that the PHE report says AstraZeneca vaccines was 60% effective against the Indian variant after two shots.

PHE says it takes longer for the AstraZeneca vaccine to build up immunity after each dose, and it takes four to five weeks to reach 80% effectiveness.

Which is normally fine, but not if the variant you are trying to contain is doubling infections every week. 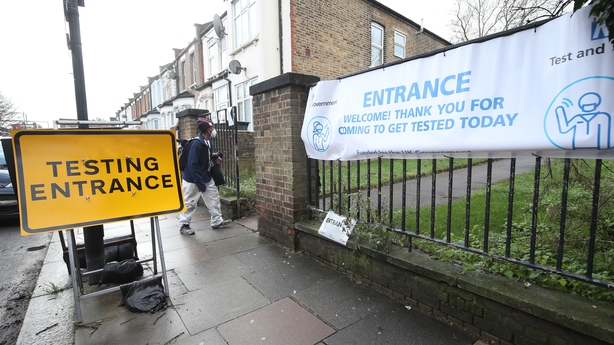 In the UK 43% of adults have had a second shot of vaccine. But 33% had their second dose more than two weeks ago - the point at which the vaccine is 60%-plus effective against the Indian variant.

The time lag for the AstraZeneca vaccine to give full protection, and the time lag between doses increases the opportunity for a very fast moving variant like this one to infect more people.

Scientists like Prof Pagel worry that not enough of the adult population here has been vaccinated twice, which would give the vaccine few people to infect and keep its spread under control (exactly what vaccines do).

She urges the government to wait until August for its next unlocking, when most adults should have had their second dose - if things go according to the accelerated vaccination plan.

It is a straight race between the number of vaccinations that can be achieved, and the speed at which this new variant is spreading.

And remember, even being double vaccinated is not proof against becoming infected. 10% of the patients in hospital in Bolton - the epicentre of the UK's Indian variant outbreak - have been double vaccinated.

Some caught the disease within two weeks of getting their second dose, according to Dr Helen Wall, who is in charge of the vaccine programme in the city.

Even if a vaccine is 90% effective against the virus, 10% will get the virus - and the more people there are with two vaccinations, so the number of fully vaccinated people who get Covid will increase (a matter of simple maths).

But the vaccines do make a huge difference. Of those known to have been infected with the variant, just 3% were double vaccinated, while 73% were unvaccinated (the balance had a single shot of vaccine).

Most of the UK data mentioned above was gathered before the latest unlocking on 17 April - the big one, when indoor eating and drinking and some forms of entertainment were allowed.

There was an immediate surge in the number of people meeting in indoor venues - where it is known the virus travels fastest.

Again, the government and its scientists expect more infections as a result, but think the vaccine programme will reduce the serious health consequences to manageable levels.

France has now imposed a mandatory seven-day quarantine requirement on arrivals from the UK, starting on Monday.

But those assumptions were made without knowledge of the Indian variant, and how it is evolving in the UK.

The knowledge base now is changing fast. And when the facts change, as the great economist JM Keynes said, we are supposed to change our minds.

Indeed, the UK government's own four tests of whether its safe to proceed to the next stage of unlocking, include an assessment of whether a new variant of concern has changed the risk profile.

On Thursday the Health Secretary Matt Hancock said the Indian variant is now the dominant strain in the UK, accounting for up to 75% of cases.

The case numbers are rising again (up 20% week-on-week), and the Indian variant infections are doubling. What remains to be seen is if there is an increase in hospitalisations, particularly for cases requiring intensive care treatment.

Mr Hancock identified the key target to watch: "The aim is to break the link to hospitalisation and death so that cases alone no longer require stringent restrictions on people's lives. The critical thing to watch is the link from the number cases, to how many people end up in hospital." 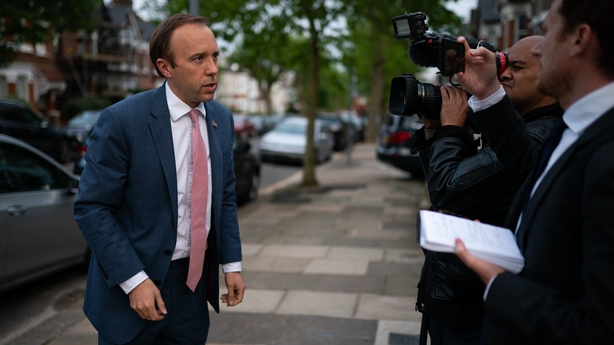 Mr Hancock said the information gleaned in the coming fortnight would determine if the UK can proceed to its next stage of unlocking, while other cabinet minsters have muttered about the possible need for local lockdowns in Indian variant hotspots.

The reluctance of the British government to say everything is going fine - indeed to drop hints that policy may have to be reversed - may explain why the Irish Government is reluctant to end the restrictions on travellers from Britain (Covid testing before and after travel and self isolation for ten days), even though Britain operates no restriction on travellers coming in from Ireland (not even a passenger locator form), because it is within the Common Travel Area.

And France has now imposed a mandatory seven-day quarantine requirement on arrivals from the UK, starting on Monday.

This poses a dilemma for places like Spain and Greece, keen to get back UK tourists after the disastrous 2020 season. But if India variant cases start to spread there ...

Keep an eye on Portugal, which has already opened its tourist beaches to UK visitors. But outbreaks of the Indian variant imported from the UK could play havoc with plans to open up the whole EU to travel for EU citizens using a green pass system.

More seriously, if the Indian variant is in with at least a sporting chance of outrunning the vaccine programme in the UK, how much more of a threat does it pose in the EU, where the programme is about a month behind Britain in double vaccinating the key groups?

And if those like Prof Christine Pagel who think Britain should not fully unlock until august - or whenever it has double vaccinated 70% of its adult population are right - what is the right re-opening date for EU countries?

Remember, the Indian variant is already in Ireland. 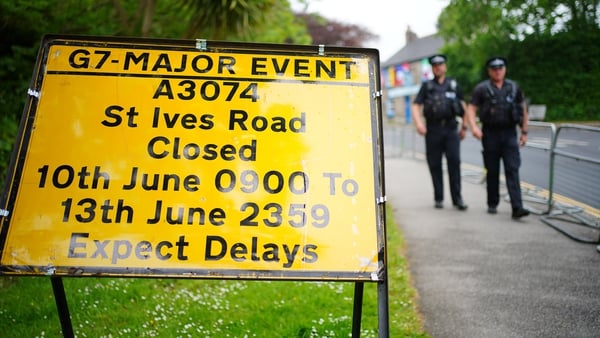 G7 leaders to agree on how to prevent another pandemic