As the Black Friday and Cyber Monday deliveries landed in thousands of homes this week, for some, buyer's regret has kicked in.

Our love of a bargain can sometimes mean we either spend more than we expected, or in pursuit of value, end up with something we neither want or need.

Big events like Cyber Monday are the creation of retailers, with one simple purpose, to make money. There's no law against that but to what extent do they manipulate consumers?

We know there is a science to the layout of supermarkets, designed to make us spend more and buy things we might not have planned. So, it's fair to assume the same applies to online events.

A simple ABC examination of cyber psychology would suggest that online retailers know what buttons to press. Experts have studied human behaviour in this area and there are certain factors which come into play when we shop online that increase the likelihood that we will impulse buy.

Dr Nicola Fox Hamilton is an expert in cyber psychology. She thinks retailers have brought together all the elements that encourage us to spent more and think less.

Dr Fox Hamilton said: "Around things like Black Friday or Cyber Monday, there are lots of sales and offers and price points are something that really encourage people to impulse buy.

"When you have a sale or an offer for a limited time period, you have also got scarcity and we like things that we can't have.

"Add in urgency and those two things combined really override our rational decision-making. It brings confusion, emotions and anxiety into the process, so we might not make the rational decisions that we would normally make." 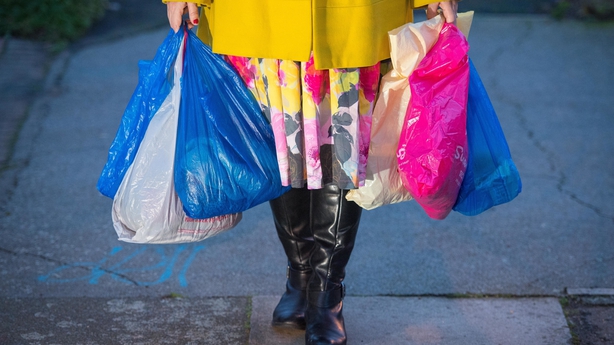 Wow! That sounds like an extraordinary recipe. Let's pick it apart.

Price points encourage us to buy - that's the hunger for a bargain. Limiting the time period of the sale creates two things, urgency and scarcity.

So we're really keen to get a bargain, we need to get it fast, and things are selling quickly, so the human brain shouts "BUY NOW". When you realise that all of these factors in turn create confusion and anxiety, it sounds pretty, well, manipulative.

But aren't we smarter than that? Consumers have been watching sales for decades. Yes, there used to be January and summer sales, the two times of the year you could bag a bargain - often huge reductions, shops clearing out stock to prepare for new season lines.

But, with multiple choices of where and how we now shop, there is hardly a week that goes by that there isn't a sale somewhere. So do consumers not develop an immunity to the hype?

There is evidence that as people become more aware of marketing strategies they tire and are less likely to fall for them. But, price point is our Achilles heel.

It seems we simply cannot resist a bargain. So, even though we know many of the Cyber Monday or Black Friday deals were available for weeks, if not months, we still jump in.

Dr Fox Hamilton said it's pretty simple psychology. "People get triggered by the communications around Black Friday, the pricing triggers them too, the diversity of items is also an attraction and they are still very likely to get sucked in."

That buyer's regret thesis is based on science too. Have you ever stood at the ice cream counter at the cinema, or eyed up a line of beer taps in a bar, pondering your choices, carefully considering your options, only to instantly regret your decision as soon as the ice cream or drink hit your lips?

There's a reason for that. Apparently, the more choice we have, the worse the choice we actually make. So, does the wall with 100 TVs on display in the electronics superstore make sense now? 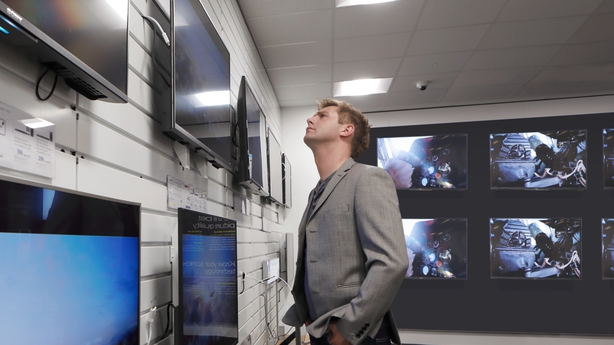 Dr Fox Hamilton said "six choices is about the optimum for humans and when it gets to more than 15, our decision-making processes starts to really disintegrate and we make poorer choices and we are less happy with them."

What? So too much choice is a bad thing? Apparently, yes.

Dr Fox Hamilton continued: "We are more likely to regret those choices and feel a sense of loss about the products or the things we had to let go of in a trade off to buy the thing that we decided to purchase.

"Having access to so many choices, along with the urgency of a sale, that is time-limited, can lead to poor decision-making".

So in the case of online sales it was never more apt. "When we make decisions online, there is an unprecedented amount of choice, in products. Humans are designed to make decisions with few choices".

But the retailers view it differently, they say the sector is adapting to a rapidly changing trend in consumer behaviour. Our desire to stay safe and avoid crowds, the Covid restrictions and other factors mean far fewer of us are visiting shopping centres or big stores.

We've adapted to the online and click and collect culture very, very fast. Irish online retailers have seen a 130% increase in sales this year.

A few years ago, Black Friday saw 70% of sales going to UK or international sellers. This year that dropped to 60%. People are opting for Irish sellers - if Covid has done one thing, it has given us a greater appreciation for what's on our doorstep. I can vividly recall visiting around 10 large stores to try to buy a thermometer when the first "lockdown" kicked in. They were all sold out, nothing to be had. The tiny community pharmacy around the corner had dozens of them. We've all had that experience in recent months.

The way we are spending is evidence of that. It's a struggle for large chains to deal with. But, some might say it is a levelling out of the playing pitch. But, even when we visit stores now, apparently we are behaving differently. It's a development that is hitting the bottom line and retailers don't like it.

Duncan Graham heads up Retail Excellence, which represents thousands of retailers in Ireland. He said that consumers are now arriving into shops informed, with research done.

They know what they want, get it and go. Browsing, it seems, is on the decline.

"Previously, they would have gone in for longer and perhaps have spent more, and of course it hasn't helped with the fact that cafe and restaurants have not been open. So there has not been the draw to get people into stores".

So, if they can't reach us in store and encourage more spending, things will have to change, surely?

Duncan Graham said yes. "There is less time being spent in stores, there is a lot more research going on by consumers before they go into shop and they have lots of choice of outlets and ways of buying.

"It has become a lot more complex for retailers, we need to market to customers online, we need to use all the social media channels to promote ourselves as well as all the traditional ways of reaching customers."

Most retailers smile when you ask them about the tactics to make us spend. The end of aisle promotions. The fact that certain products that we all want, such as bread and milk, aren't just inside the door beside the checkout. 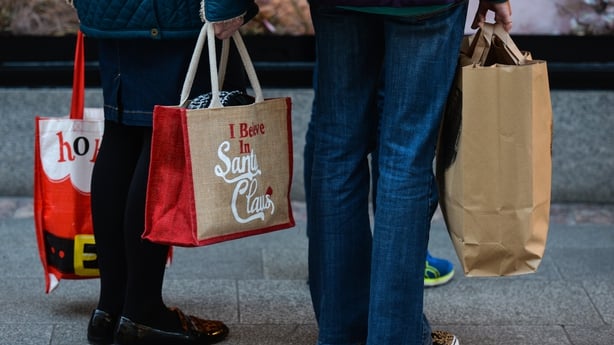 Their strategy to make us spend is well thought out and based on decades of consumer behaviour and research. If we are not spending time wandering around anymore, it gets tricky.

New ways to reach consumers are essential. The shop front brands we all know are going online in huge numbers. There is even Government funding to boost your online presence. It has saved countless businesses during the toughest period retail has faced since the collapse of the economy in the mid 2000s.

Retail is tough. Only the toughest survive. But, it’s facing its biggest challenge yet and everyone knows that will have a lasting change.

Duncan Graham is very upfront about that. "There is going to be no going back to 2019, we are going to change dramatically".

He is focused on helping his members adapt and survive, but he reflects on an altogether bigger picture. "We are not going to go back in terms of where online now is, that is only going to grow.

"The challenge is going to be what do we do with our town and city centres, because there is inevitably going to be space emerging in those areas.

"How we bring the customer back in to shop and live in the city centres will be crucial and that needs to be part of the Government's plan going forward over the next five to ten years".

If retailers are planning for empty retail units in towns, then the future is concerning. This also presents a challenge to retailers.

The staples of promotion they have relied on are no longer as effective. Large high-end stores and even supermarkets are designed to make us spend. The surroundings and environment in high-end stores influence us to buy expensive things.

So, if we are shopping online we avoid that, right? No, eh, wrong! Dr Fox Hamilton has done the homework on that too.

We like it when it’s simple, but that love for seamless shopping has a deeper psychology. "The less friction that there is, the less likely you are to step out of that process and take a moment to think about it. There is also the fact that the further away we get from paying in actual cash, the more likely we are to spend more."

So, wait, if we don’t actually feel the notes slipping through our fingers we spend more? Yes, said Dr Fox Hamilton.

"When you hand over actual cash, there is a pain factor associated with that, you can see the cash going out of your wallet and that makes people self-regulate their spending. The further away you get from that the more you might spend, so if you have to take out a credit card to use it, that is one step away from the cash transaction.

"But if you are using PayPal or Apple Pay or your credit card details are already stored, you are even further away from the act of handing over cash, so it can be easier to overspend".

Irish consumers spend about €10 billion a year online. 90% of us buy online. All the research points to that increasing.

We can be as cautious as we like, most of us are savvy and can see a pretend reduction from a genuine one. But, regardless, we have one major disadvantage, we are human.

We are pre-programmed to fall victim to certain things, especially the love of a bargain!

But, there is something else, that matters more than saving money, or making sure we aren’t cheated. Despite many of us growing up being taught that material goods don’t matter, for some of us they simply do.

Sure, money does not maketh the man or woman, but having nice things during a dark time can help us a little.

Many of us use shopping as a means of regulating our mood. Retail therapy is not just a phrase. The last word to the person who knows more about this than most, Dr Nicola Fox Hamilton.

"Because people have been going through a difficult time with the pandemic, it is possible they might be shopping online more because of that," she said.

"People can use shopping to gain a lift in their emotions, but, they also use it to manage sadness or negative moods sometimes, engaging in emotional regulation through shopping."

An afternoon's retail therapy? Amen to that! 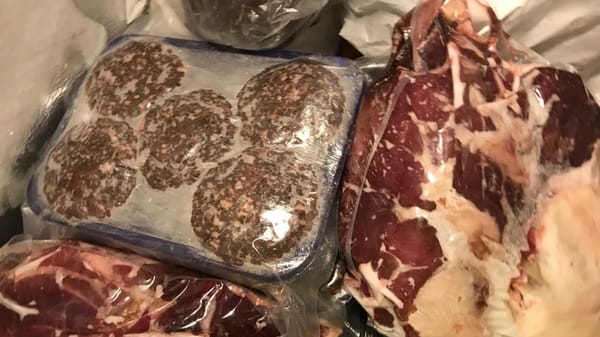 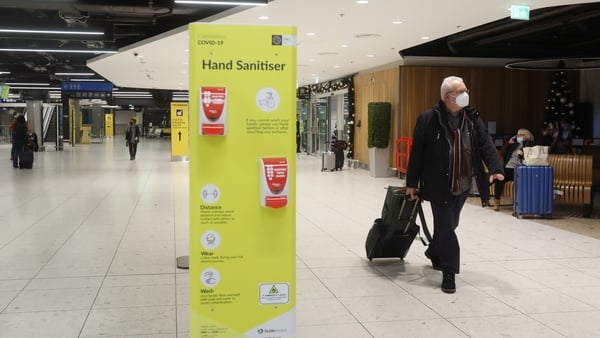