It is difficult to take seriously any person or any programme that greets you with the word "Yo". It's the first word introducing a short film that is circulating on YouTube and on social media purporting to tell the true story of the murder of David Byrne at the Regency Hotel.

The truth is however that the 15-minute, well produced and very dramatic film is packed with what gardaí investigating it would describe as fictions, false and unsubstantiated allegations and what we have now come to know as fake news.

Fake news is designed to disturb and to sow discontent and disbelief in reputable institutions and the lawful authorities of the state, in this case the Government and An Garda Síochána.

Gardaí believe this film is the latest step in what they call "the reinvention of Daniel Kinahan".

First, there was the release of a rap video making similarly bizarre claims about the Government, the gardaí and the media.

Then the legendary boxing promoter Bob Arum publicly endorsed the man he called "Dan" whom he said was "in effect their adviser in the Mid East".

Then Sandra Vaughan, the CEO of MTK - the company set up after Kinahan's boxing promotions company MGM was dissolved - came out to express her gratitude to "Daniel" for recommending fighters including Tyson Fury to MTK.

And now this film where a handsome actor plays the part of Daniel Kinahan has appeared on YouTube.

The film has been posted anonymously from the UK and the company that put it on that platform refuses to say who made it or who asked them to circulate it. It takes no responsibility for the content. The host also claims not to know who the "movie makers" are.

So while it's not clear where the film came from, it is clear it cost a lot of money. The set is realistic, the actors professional, it even appears some of it was shot on location at the hotel in Dublin. If the subject wasn’t so serious the film itself could be dismissed as part comedy, part farce.

The film is told from the perspective of Daniel Kinahan. There is no mention of the fact that Daniel has been identified in the High Court in Dublin as a senior figure in organised crime on a global scale, that the Criminal Assets Bureau said he "controlled and managed" the operations of the Kinahan organised crime group, an organisation that smuggles drugs and guns into Ireland, the UK and mainland Europe and "has associations that facilitate international criminal activity in Europe, Asia, the Middle East and South America".

Daniel Kinahan is instead portrayed as a boxing promoter arriving at the Regency Hotel in February 2016 who is concerned because there are no gardaí there.

"This was unnerving" we are told because there had been a previous attempt on Daniel’s life three months earlier. We are also told that Daniel was "worried that the boxing fans and their families there to enjoy themselves were now at risk".

The notion that a senior figure in organised crime wanted to see a police presence around him is laughable. A man who "controlled and managed" the Kinahan organised crime group that has smuggled guns and drugs into Ireland, the UK and mainland Europe, and has caused untold misery. It's risible.

The film immediately raises a number of questions which it doesn’t answer. Why had there been an attempt on Daniel Kinahan’s life three months earlier? The film doesn't tell us. Did Daniel report it to the gardaí and co-operate with their investigation? We don't know from the film but the answer is no!

Why was Daniel’s life under threat in November 2015 and when he arrived at the Regency in February 2016? We are not told this in the film. Who did Daniel, a boxing promoter, call that day who reassured him it was safe to proceed with the boxing weigh-in? It certainly wasn’t the gardaí.

The film continues and begins to conflate fact with fiction before moving in to conspiracy theory territory where it firmly remains for the rest of the production. It accurately states that "a team of assassins arrived", that they were "dressed as police" armed with "AK47 assault rifles" and that one of them was "Kevin Murray".

Known as 'flat cap', Murray was pictured in the newspapers, subsequently arrested and was due to face gun and murder charges in connection with the Regency. He died, however, in August 2017 before he could be extradited from Northern Ireland to face trial at the Dublin Special Criminal Court.

The film asks questions about the gang’s use of AK47 assault rifles and its links to the IRA but this is a red herring. Criminal gangs also use AK47s and machine guns, these weapons are not the sole preserve of terrorist organisations.

Since the murder at the Regency, the gardaí have seized over 120 firearms and more than 5,300 rounds of ammunition, including assault rifles.

Most of these have been seized from active members of the Kinahan organised crime group involved in shootings, murders and attempted murders in Dublin and Meath.

The boxing weigh-in, we are told, was "an important event for Daniel" and "many friends were in the crowd" including "David Byrne" and "Sean McGovern".

The High Court found that the gang and, in particular, its leader Liam Byrne and Sean McGovern were laundering the proceeds of the gang’s criminal activities, transferring wealth between the members of various crime gangs, providing a fleet of luxury cars and high-powered motorbikes to gang members and hiding the beneficial ownership of those cars and motorbikes.

The Criminal Assets Bureau seized Sean McGovern’s Rolex Oyster Two Tone watch, cash in euro, sterling and Australian dollars with a total value of €10,000, and his house in Dublin. In total, it seized €1.4m assets from the Byrne organised crime gang. The High Court ruled these were the proceeds of crime.

Seven minutes in to the movie and the action erupts into gun violence and murder and more false allegations are espoused. The 999 calls or calls to the gardaí and the "Dublin division", according to the film, were not answered.

"It was like all the police in Dublin had vanished," the narrator says. "There was no emergency response for 23 minutes." This claim is totally false.

Gardaí on scene within three-and-half minutes

The 999 call was received at 2.34 that afternoon. The emergency services were dispatched and en route exactly one minute, 16 seconds later. The gardaí arrived at the scene at 2.39, three-and-a-half minutes after they were alerted. The first unit to arrive comprised of three armed detectives. The paramedics were already there.

The claims in the film get more outlandish, to the point where it even suggests that Daniel Kinahan could have been shot dead before he went into the hotel and that Kevin Murray alone could have killed him. It even reenacts this fantastical murderous scenario complete with bloodstained actor and ominous backtrack music. Daniel is portrayed as a martyr.

The film shows, along with the murder of David Byrne, two other men being shot and injured - one of whom was Byrne organised crime gang lieutenant Sean McGovern. It doesn't show what actually happened on that day when Sergeant Noel Nolan arrived outside the hotel near the Centra store a short time later.

The sergeant tried to help McGovern and asked him what happened but he "was told where to go". The crowd there were also hostile and uncooperative. McGovern did not co-operate with the subsequent garda investigation.

The film also refers to the fact that the trial of Patrick Hutch Junior for the murder of David Byrne collapsed but doesn't refer to the fact that neither Sean McGovern nor Daniel Kinahan testified at the Special Criminal Court.

The film descends into farce towards the end by posing questions without any evidence whatsoever pointing to a conspiracy between the Government and "high ranking members of the police" to rig the election which was held three weeks later.

"Those looking for answers," it grimly informs us "have made shocking links to the general election. Could all of this have been designed to change the results?"

It doesn't tell us who "those" are who "have made these shocking links" before embarking on a conspiracy theory which the finest practitioners of the black art of disinformation would be extremely proud. This is disturbing and dangerous nonsense.

The origins of the film are unclear and unknown and the Claire Byrne Live programme has been trying to get to the bottom of it, with little success. The film is hosted on YouTube by a company called Scarcity Studios who tell RTÉ they are based in Birmingham in the UK and post "crime and music commentaries" on various social channels.

It was made by an "independent production company", but the person RTÉ spoke to at Scarcity Studios said he was contacted "out of the blue" and asked to post the material "on condition of anonymity".

He also said he was not paid. He said he wanted to publish it so "people could make up their own minds".

He would not give RTÉ the names of the people behind the film, he claimed not to know who they are and when pressed, finally said he was going to ask them to contact RTÉ. We are still waiting.

The irony of the film is that it purports to claim that "our very democracy is at stake". The reality is that the ongoing activities of organised criminal gangs presents a greater threat not just to democracy but also to the lives of the citizens of this country.

While the gardaí have saved 75 lives, the Kinahan organised crime gang, which was only last week publicly named for the first time in an Irish court, has been responsible for 16 of the 18 feud-related deaths in Ireland and Spain over the past five years. The Hutch-Kinahan feud continues. 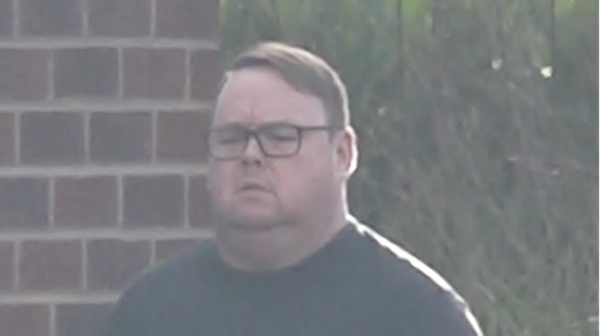