Last Friday in what has become the deadliest stretch of sea on planet earth, volunteers on board the Ocean Viking – a rescue ship in the Mediterranean operated by the humanitarian organisation, Médecins Sans Frontières, spotted through their binoculars a black rubber dinghy in distress around 50 miles from the Libyan Coast.

The rescue team was able to reach the dinghy where it transferred 104 people to the safety of its own vessel. This included ten women – two of them heavily pregnant, 41 minors of which 31 were unaccompanied children and two small babies.

The organisation says these people would have already endured horrific conditions in Libya and their team on board have heard very difficult stories about their conditions and treatment.

The Ocean Viking is still at sea waiting for permission to disembark its crew and 104 migrants safely, somewhere on land. It is positioned equidistant between Malta and Lampedusa in Italy in hope – because these are the last two places that allowed their previous rescue ships ashore. The organisation, its crew and refugees on board do not know how long it will have to wait.

Just six days after that rescue, and while these people remain at sea, the European Parliament voted down a motion which sought to urge EU member states to remove restrictions on NGO rescue ships disembarking, and to keep their ports open at all times for such vessels.

The resolution was not legally binding but its authors believed it would have placed a degree of moral pressure on EU member states as well as the Council and Commission – to act on the migrant crisis that has resulted in 700 people drowning at sea so far this year.

The motion was defeated by just two votes with the largest group in the European Parliament, the EPP - including its four Fine Gael MEPs - joining with the far right Identity and Democracy group to vote it down.

The Fine Gael MEPs argued that they were, in the words of Mairead McGuinness, Vice President of the European Parliament, "concerned with the content and not the objective" of the resolution.

She accused the "holier than thou" MEPs criticising her party's position of politicising the issue.

"A lot of people are just reading what is on social media without looking at the facts of the situation. I will not allow anyone challenge my ethics morality around saving lives. It is for political gain," she said.

So what are the facts around the resolution?

It dealt with a wide range of issues. Among them it called on member states to maintain their ports open to NGO vessels and make it easier for them to embark in ports.

It urged the European Commission to examine the actions of some member states who prevent rescue boats from entering their waters without prior authorisation, and to assess whether this is in accordance with the EU charter of fundamental rights and the European convention on Human Rights.

It also urges the Commission to adopt guidelines for member states by the end of this year, on which forms of assistance provided to migrants should be criminalised.

The aspect that Fine Gael MEPs said they disagreed was the section dealing with the European Border and Coast Guard Agency, Frontex, specifically the requirement for more transparency around what it does.

Fine Gael MEPs argued that such publicly available information about the movements of Frontes vessels would be misused by smugglers and traffickers and thereby put migrants in greater danger.

"The resolution, had it gone through, would have required Frontex to share information with all ships in the region – including traffickers – and in my view that is just not acceptable," said Ms McGuinness. 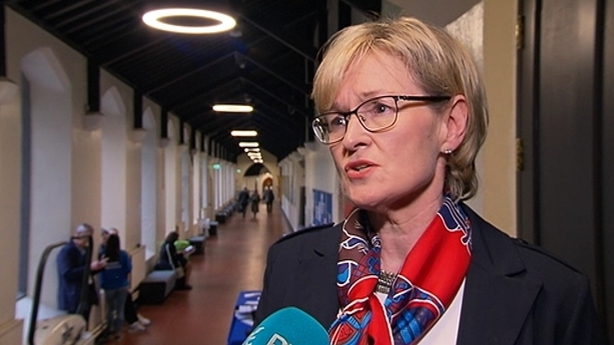 The resolution’s call for more transparency around Frontex activities arises from concerns that it is being given more powers and funding to intercept and repatriate migrants to their home countries, rather than bring them to the safety of the EU.

The author of the resolution, Spanish Socialist MEP, Juan Fernando Lopez Aguilar, raised concerns that Frontex is co-operating with the Libyan coastguards: "We know that people trying to flee from Libya are subject to the Libyan authorities, which deem it to be a criminal offence against the Libyan legal order to try to flee from Libya," he said.

"That means, in practical terms that those who are sent back to Libya are subject to the most inhumane violations of their most basic rights. We should not turn a blind eye to this situation," he said.

MSF also said the focus has not been on assisting and rescuing people in peril, but rather on supporting the Libyan coastguard and thereby forcing the return of thousands of refugees and asylum seekers to a place they say is not safe.

The defeat of the resolution in the Parliament raises other, more political, questions around the increased representation of the right in what is now a far more fragmented European Parliament. (Another vote that got little attention condemned the proposed death penalty for homosexuality in Uganda - three MEPs voted against it.)

While Fine Gael MEPs have given their own reasons for voting against the migrant motion, other members of its EPP family evoked arguments around Christianity and the need for greater border control as their reasons for voting it down.

One Hungarian member of the EPP, Balazs Hidveghi, said during the debate that adopting the resolution would be "a clear letter of invitation to millions of people in Africa".

The Fine Gael position has left it open to criticism over the political company it is keeping in the voting rounds.

"I was shocked that the Fine Gael MEPs voted against the resolution. I was even more shocked because they sided with the far-right group in the European Parliament who clapped when the resolution went down. That was such a disgrace," said Green Party MEP for Ireland South, Grace O’Sullivan who voted in favour of the motion along with her colleague Ciarán Cuffe. 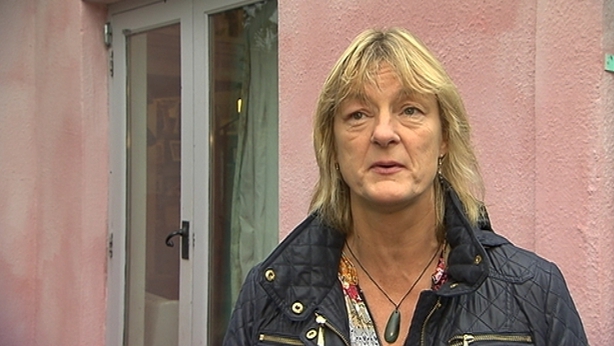 As Fine Gael continue to vote with the EPP in this Parliament’s term, they might find themselves again falling in line with votes that back the values of some of the members of the group.

"For years, the EPP were pulled to the centre because they needed the Social Democrats to vote with them," said Aidan Regan – Assistant Professor of the School of Politics and International Relations in UCD.

Both groups had, for years, formed an alliance to vote through measures that kept the Parliament firmly in the centre ground. Now both groups need to form alliances with groups further to their left or right. "Now the Parliament is much more fragmented so we’ll probably see the real colours of the EPP," said Regan.

This vote of its MEPs is at odds with what Tánaiste and Minister for Foreign Affairs, Simon Coveney said in his recent criticism the EU approach to migration and its "inability to deal collectively" not just with the crisis in general, but also on the need for more humanitarian assistance in the Mediterranean.

"It is not morally acceptable for the European Union not to put resources into ensuring that people do not drown in the Mediterranean," he said in response to questions in the Dáil from Independent TD, Maureen O’Sullivan.

But her recent decision to create a new Commissioner portfolio for "protecting the European way of life" – which will have responsibility for the management of migration policy – raised concerns about her Commissionership’s willingness to appease the far right. One MEP described the creation of the portfolio as a "dog whistle" to more extremist elements.

The inability of the Parliament to come up with a united stance on the issues has raised concerns about its capacity to maintain pressure on the Commission when it comes to this highly politicised issue.

However, Ms McGuinness said she believes the Parliament will continue to examine the issue and there will be a "meeting of minds" in the Parliament.

Isobel Smith of MSF – while not commenting on the specific of the resolution – said more coherent policies are needed.

"There is an urgent need for a European search and rescue plan, there is a need for dedicated vessels and competent authorities to respond to the vessels at sea," she said.

"The European Governments must prioritise people’s lives," she said. "At the moment, things are quite ad hoc, arrangements have to be made more or less after every rescue."

Like the Ocean Viking and those on board waiting in the waters between Malta and Italy for a safe port, the EU’s position on migration it appears is all at sea.

Taoiseach 'disappointed' to learn of Barry Cowen ban for drink-driving

O'Sullivan calls for unity in Fianna Fáil over ministerial conflict