Following the recent attack on oil facilities in Saudi Arabia, US President Donald Trump tweeted that America was "locked and loaded" to respond.

Iran denied claims by the US that it was to blame and said it was ready for "fully-fledged war".

So, is the US going to war with Iran?

It is a war that neither side wants. In the run up to the last election, Donald Trump campaigned on getting America out of conflicts in the Middle East. He wants to reduce US troop numbers in countries such as Afghanistan and Iraq, and has resisted further involvement in Yemen.

The fear is, that when it comes to Iran, either side could stumble into a war. Accidents or mistakes could escalate tensions quickly and spark a wider conflict.

Thomas Wright is a foreign policy expert and a senior fellow at the Brookings Institution. He believes a full scale war remains unlikely.

"Iran is avoiding targeting Americans and President Trump seems determined to avoid getting dragged into a regional conflict between Iran and Saudi Arabia. Nevertheless, there is a high risk of tit-for-tat limited strikes that have the potential to spiral out of control," Mr Wright said.

Relations between the US and Iran have worsened since America pulled out of the Iran Nuclear Deal in May last year.

The agreement was signed in 2015 between Iran and six world powers - the US, UK, France, China, Russia and Germany.

Iran said it would curb its nuclear ambitions in return for the lifting of sanctions.

Donald Trump however criticised the agreement as "terrible", a "disaster" and the "worst deal ever".

Accusing Iran of being a nation of terror, the US pulled out of the deal and embarked on a "maximum pressure" campaign of sanctions.

After being accused by the US Secretary of State Mike Pompeo of hitting Saudi oil facilities, the Iranian Foreign Minister Javad Zarif tweeted "having failed at max pressure, Secretary Pompeo's turning to max deceit".

In recent days, Mr Trump said he would be "substantially increasing sanctions" on Iran. Tehran accused him of "deliberately targeting" Iranian civilians.

Mr Wright believes the US should never have pulled out of the Iran Nuclear Deal.

"Maximum pressure only makes sense if it is part of a coherent diplomatic strategy and Donald Trump has none. A better approach would have been to stay in the deal and begin negotiations with Iran on a successor agreement for when the sunset provisions expire," he said.

Iran and Saudi Arabia have been enemies for decades and while not engaged in direct conflict right now, the two countries are fighting proxy wars in places like Yemen where Saudi forces are clashing with Iranian-backed Houthi rebels.

The US is a close ally of Saudi Arabia, with Mr Pompeo visiting the kingdom days after the attacks on its oil facilities. 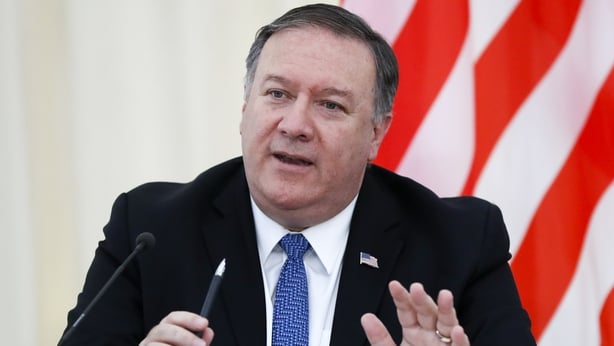 Mr Pompeo described the strike as "an act of war". Following his meeting with the Saudi Crown Prince Mohammed bin Salman, Mr Pompeo issued a statement saying they agreed that the attack was "unacceptable and unprecedented".

They described Iran's behaviour as aggressive, reckless, and threatening.

Israel, another close US ally, is also an enemy of Iran.

But Tehran does have some friends. Any efforts by the US to get the UN Security Council to take action against Iran would probably be blocked by Russia and China.

The former US National Security Adviser John Bolton was seen as a hawk in the Trump administration who took a tough stance against many of America's adversaries including Iran. He was fired or quit, depending on who you believe, after clashing with Mr Trump over his desire to hold peace talks with the Taliban.

Following Mr Bolton's departure, many wondered if the Trump administration's stance on Iran would soften but just days after his exit, the attacks on Saudi oil facilities occurred and US-Iran tensions were ramped up once again. 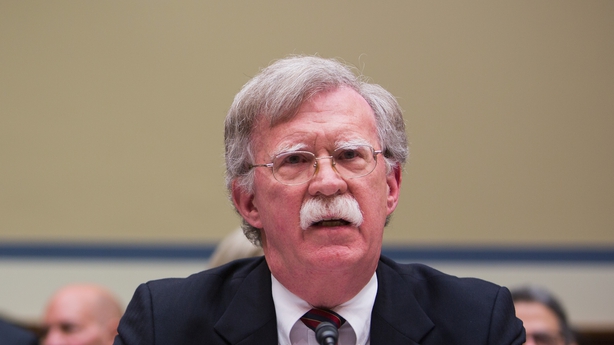 Despite relations hitting a new low, Mr Trump says he doesn't want to go to war with Iran.

"I don't want war with anybody," he told reporters this week.

But he did issue a warning about the power of the US military.

"We have the strongest military in the world. We’ve spent more than a trillion and a half dollars in the last short period of time on our military," he said.

The US did come close to launching air strikes on Iran in June following the shooting down of an American drone. At the time, Mr Trump said he was "locked and loaded" to respond but called off the strikes at the last minute saying it would be a disproportionate response.

Iran can't match America's military might but in the past it has engaged in cyber attacks and strikes aimed at US allies as opposed to America itself.

"I think we will see talks but they will be fraught with difficulty and ill will. I do not expect an agreement this side of the US election, if at all," he said.

In the coming days, world leaders will gather in New York for the UN General Assembly.

There had been speculation that President Trump might meet Iranian President Hassan Rouhani. 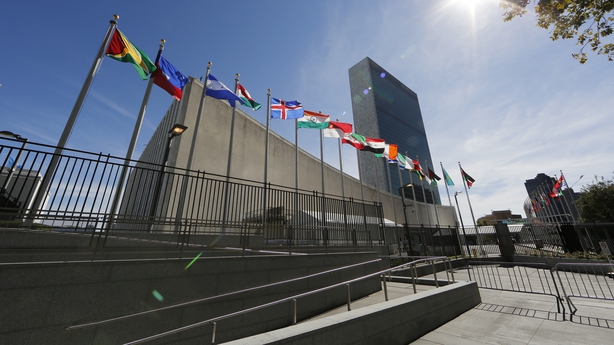 In recent days however, Mr Trump indicated that a meeting would be unlikely.

"I’m not looking to meet him. I don’t think they’re ready yet but they’ll be ready," Mr Trump said.

"I never rule anything out but I’d prefer not meeting him."

President Rouhani said on Monday that he would not be meeting President Trump at the United Nations.

As we know however, that could all change at the last minute and the first we will learn of it would probably be on Twitter.

We live at a time when the most powerful leader in the world uses social media to announce major policy decisions and to threaten enemies.

Mr Trump's Twitter account seems permanently "locked and loaded" but while firing off a tweet sparks headlines, firing a missile will have far more serious consequences.