Pressed by Pat Kenny during the Virgin Media One presidential debate about why he made use of the Government jet rather than his official car to travel to Belfast, Michael D Higgins said his staff were advised "that for security reasons I couldn't be picked up at the border".

The PSNI was asked about it and after several hours of deliberations it issued the following statement through its press office: "It is the long established policy of the Police Service of Northern Ireland not to comment on the security arrangements made for individuals.

Those carefully-crafted two lines were issued in the name of Assistant Chief Constable, Alan Todd, the No 3 in the chain of command within the PSNI.

In a very real sense those two on-the-record PSNI sentences amount to a challenge to the version of events given by President Higgins in the Virgin Media One debate. 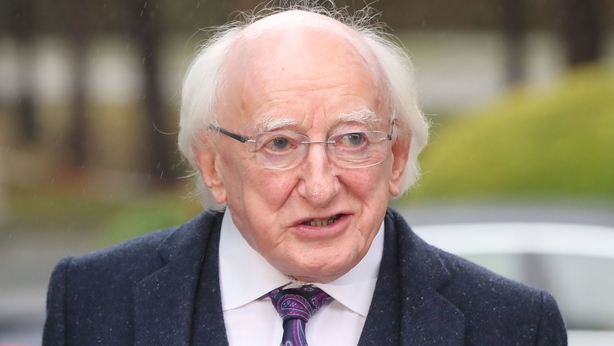 Add to the mix the report of BBC Northern Ireland’s Security Correspondent Vincent Kearney, someone with access to PSNI officers from operational level right up to its No 3, Alan Todd, the No 2 Deputy Chief Constable Steven Martin and its boss, Chief Constable, George Hamilton.

Vincent quotes a PSNI source as saying: "It would be inconceivable that the President of Ireland would not have been afforded security if it had been requested."

He tells of another source saying there is anger within the PSNI at the suggestion that it did not have sufficient resources to escort Mr Higgins from the border to Belfast.

So where does the truth lie about those events in May 2018 when President Higgins flew from Dublin to Belfast City Airport to give the Harri Holkeri lecture at Queen’s University Belfast, an event organised by the Senator George J Mitchell Institute for Global Peace, Security and Justice?

The President’s official car was at the runway in Belfast City Airport and, accompanied by a security detail, it brought him the 15-minute journey to and from the airport to Queen’s University.

A first truth is this was not the first time during his term in office that President Higgins used the Government jet to travel from Dublin to Belfast.

In fact during the two-term, 14-year presidency of Mary McAleese, the jet was often used for official engagements in and around Belfast.

Security was a consideration at different stages of the peace process. It was not the case that the President of the neighbouring state might be seen as the main legitimate target on paramilitaries.

But the section of roadway linking South Down/South Armagh to Co Louth is the terrain where RUC members Chief Superintendant Harry Breen and Superintendant Bob Buchanan, Lord Justice Maurice Gibson, his wife Cecily and many others were killed during attacks by paramilitaries during The Troubles.

Within the police service at operational level on both sides of the frontier, there was a wariness about hanging around border terrain, waiting, in a very public way as part of the arrangements around what is an event, or series of events, already in the public domain.

The relevance of this security issue has decreased significantly in recent years but dissident republicans still see PSNI officers as "legitimate targets".

A second truth is that in the past, taoisigh and senior Government ministers often used the jet and official car combo when travelling to Belfast.

Bertie Ahern did so frequently. 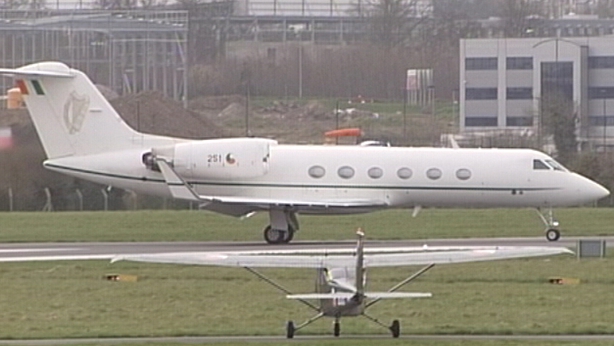 Indeed he and his travelling party got a very significant scare when the jet shook its way through stormy conditions while travelling from Dublin to Aldergrove Airport for talks at Hillsborough Castle on 21 October 2003.

Brian Cowen as Minister for Foreign Affairs made use of the Government jet when he went north for official business.

Compared to a road trip, the jet option, used for a Dublin-Belfast return trip could facilitate a two-hour plus time save during a working day.

In the case of Dublin-Derry, the gain could be four hours or more.

A third truth is that in recent post Celtic Tiger years, use of the jet has become high-risk political activity and taoiseach Enda Kenny and his successor, Leo Varadkar have shied away from doing so when travelling to Belfast.

A decade ago, the practice of Fianna Fáil tourism minister John O’Donoghue of using the jet to get him home to Kerry got him and the body politic into trouble. (The Dublin-Kerry trip is longer and more challenging but with no security factor road trip than the Dublin-Belfast journey).

The running costs of the jet are often quoted at €4,000 per hour.

But other considerations are rarely explored.

If the jet is not used, how do pilots clock up the necessary flying hours? Are there times when the state asset is brought "on manoeuvres" empty of official passengers on flights above the island and the Irish Sea in order to keep it and its crew fit for purpose?

A fourth truth relates to the current work practices involving police forces from both sides of the border as they provide security and protection for high-profile figures.

Smooth practices have evolved to facilitate the turning of the wheels of power.

At a motorway junction immediately beyond the border, an official, often bullet-proof vehicle, slips into a position immediately behind the official car and the switch in primary security responsibility is complete.

It was the same when Taoiseach Leo Varadkar travelled by car to Belfast during the summer.

On Friday 5 October, PSNI and garda teams were part of the official detail when Michael D Higgins travelled by car to Derry’s Guildhall, as part of the Duke Street Civil Rights 50th anniversary commemorations.

Later that evening he travelled, again by car, on to Sligo and a PSNI team accompanied his party as far as the Donegal border.

The facts suggest that for several years, the practice has been in place to use the jet and official car formula for presidential business in and around the Belfast area.

Scheduling - gaining two hours working time in a day - convenience, the use of a state asset for the activities involving the state’s first citizen, and to a decreasing extent, security considerations are elements used to justify this policy.

Did Michael D Higgins’ comment that his staff were advised that for security reasons he couldn't be picked up at the border accurately describe this situation when asked about it by Pat Kenny?

The PSNI’s two-line statement issued in the name of Assistant Chief Constable Alan Todd seems to take issue with it.

But the signs, following contacts with the PSNI press office today, Sunday, suggest there will be no further on-the-record comments or clarifications from its highest echelons.

They want to stay out of any political squabble in the neighbouring jurisdiction.

Voters in the Presidential Election will have their opportunity to give their verdict on this and other matters when they enter their polling station on Friday.