Where now for the National Broadband Plan (NBP)? That's the question anyone with an interest in it is asking this morning, following the surprise resignation of Denis Naughten from the Communications Ministry yesterday.

And there are many people with such an interest - 1.1 million individuals in 542,000 premises still need high-speed broadband around the country.

For most of them, the National Broadband Plan is and will remain their only hope.

The process has had many ups and downs. And it is certain that there are many more to come.

But where does it find itself right now?

As it stands, there is only one bidder left "competing" for the contract - that's the National Broadband Ireland consortium led by the US investment company Granahan McCourt.

It submitted its final tender last month and that proposal is now being examined by the programme team in the Department of Communications.

The consortium maintains it has all the financial, technical and project management resources necessary to complete the rollout of the plan.

Although that ultimately will be a matter for the department's team to decide.

The bigger question in the meantime though is should the plan proceed at all in its current form, given the events of recent days?

Mr Naughten's resignation may have defused the growing political row around him, but it hasn't resolved the wider issues around the procurement process. 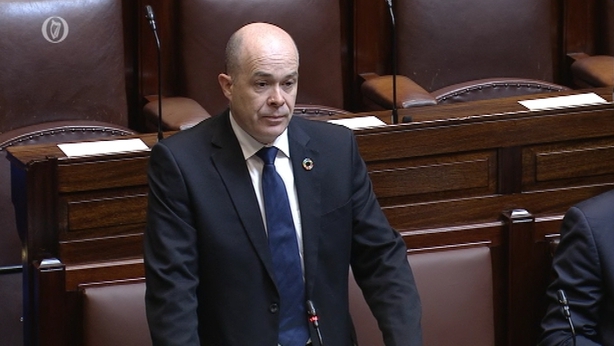 Earlier in the week, the Fianna Fáil leader Micheál Martin described that process as contaminated.

If that is true (and there's no definitive evidence so far that it has), then has that contamination been removed by Mr Naughten's resignation.

Or, does the long-awaited plan still remain tainted to such a degree that it will have to be tossed aside?

Another big remaining issue is the composition of the National Broadband Ireland consortium.

Its make-up has changed several times over recent months.

Then it brought in SSE, a substantial international infrastructure company with experience of delivering large-scale projects.

But in July SSE withdrew, prompting the consortium to recruit John Laing Group and the State-backed Irish Infrastructure Fund or IIF (which now owns Enet outright).

However, just two months later when the National Broadband Ireland consortium's final tender was submitted, John Laing Group had disappeared, the IIF's name was also gone and Enet appeared to have taken something of a backward step into a service provider role.

In their place there are now up to 40 contractors, including Actavo, the Kelly Group, the KN Group and Nokia.

This situation has been described by opposition politicians as a 'Lanigan's Ball' scenario.

The assistant secretary in the Department of Communications in charge of overseeing the NBP procurement process, has said it allows for such changes.

Ciaran Ó hÓbáin said that because the two separate alterations followed clear guidance set out by the department in advance, then he was satisfied they were acceptable.

But the question now is, does any of the new information presented in the last few days change that situation at all and if it does, what are the implications? 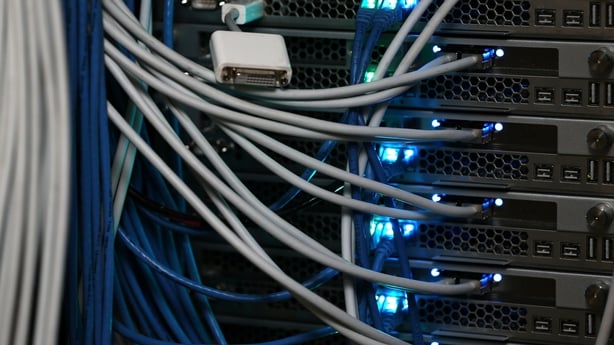 The opposition has also expressed concern about the capacity of the National Broadband Ireland consortium to complete the rollout if it does win the contract.

Granahan McCourt and its other backers may have access to the funding, but does it have the wherewithal to manage the hugely demanding technicalities of the project?

That's something the department's procurement team will have to decide.

There's also the question of whether given all the controversy, the Granahan McCourt-led consortium will want to remain involved at all.

So far it has said nothing in response to the minister's resignation - we await an update on its position.

It seems probable though that even if David McCourt's company does continue in the 'competition', Mr Naughten's resignation will delay the process. 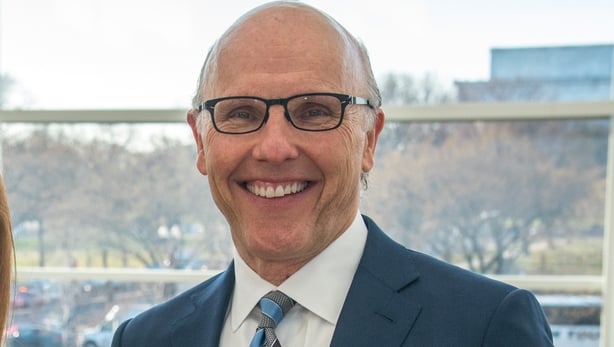 The Taoiseach has asked the independent auditor for the National Broadband Programme to assess whether or not the process has been compromised and that may take some time.

While the political fallout from his decision could well delay things further.

But ultimately all the options facing the Government when it reaches that point are unpalatable.

It can try to proceed, see if the contract gets over the line and begin the roll-out of the fibre-optic infrastructure. But doing so now risks a legal action from someone outside of the process.

It could pause the process, assess whether it can be altered at this late point and possibly even examine whether the bidders who left the process (eir and SIRO) could somehow be brought back in.

But that would surely be unacceptable to the National Broadband Ireland consortium and is likely to run contrary to established procurement rules.

The final option is to shut the whole thing down and start again. But that would set the plan back years, incurring the wrath of the public who are tired waiting for broadband. Not a good idea with a general election appearing more and more likely.

The Granahan McCourt-led consortium would also not be best pleased, having spent considerable time and money progressing its bid to this stage and would probably seek compensation.

The final and biggest loser in the whole debacle being the 1.1 million people in rural Ireland still stuck in the broadband slow lane.