The battle for the soul of the Conservative party is still far from clear. The focus tomorrow will be on second place. The likely three-way battle between Penny Mordaunt, Liz Truss and Kemi Badenoch. Badenoch is the one to watch.

Mordaunt was on 83 in the last round of voting, Truss on 64, and Badenoch on 49. There are now 27 more votes in play, and the possibility of defections from other candidates.

It is make or break time for Truss, the Foreign Secretary.

She needs to get at least half of the 27 votes from eliminated and fellow right-wing candidate Suella Braverman to have any hope of catching Mordaunt.

The first of the TV debates saw Rishi Sunak, Badenoch and Tom Tugendhat in confident mood and they seemed to get the best reaction on the night.

Many observers thought that Mordaunt and Truss were average.

Truss came under attack from Sunak, the former chancellor of the exchequer, on her "fairytale" economic plan to make up for tax cuts with more borrowing.

He hammered home the point that tax revenue funds public services such as the NHS.

The right wing of the Conservatives would usually be seen as traditional.

However, fiscal prudence - the need to balance the books - is the traditional Tory belief. Not more borrowing.

It is a confusing time to try to embody the soul of the Conservative party. 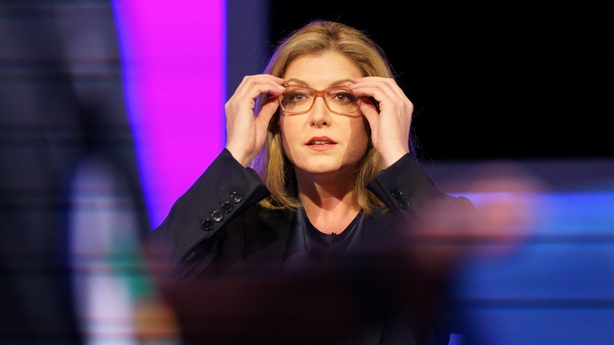 All the momentum has been behind Mordaunt, who seems to combine traditional Conservative values with social liberalism - in particular her support for Trans rights.

Speaking at the launch of her leadership campaign, she said she believes the Conservative party has lost its soul.

She used the analogy of Paul McCartney performing at Glastonbury, playing new songs when everyone wants the old favourites.

For Conservatives, she said, that means low taxes, small state and personal responsibility.

Using a pop concert analogy is unusual for the launch of a conservative leadership bid.

But then Mordaunt, who has been wildly popular with the Tory grassroots, is certainly a modern Conservative.

The daughter of a paratrooper, she once worked as a magician's assistant, and while an MP appeared on TV in a swimsuit for the reality TV diving show Splash.

A naval reservist, she used the word "cock" six times during a speech about poultry as a dare to make up for a misdemeanour during training.

Tory grandee David Frost says he has "grave reservations" at the prospect of her becoming prime minister, and says she was not up to the job in EU talks when he was chief negotiator. 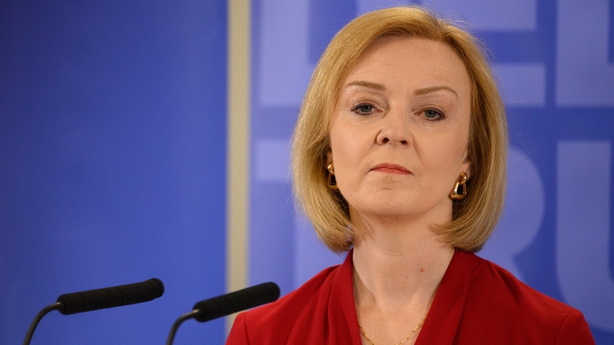 Frost is supporting Truss, who models herself on Margaret Thatcher, and is much more in keeping with the traditional Tory image – despite the fact she is the daughter of Labour Party parents, was once a member of the Liberal Democrats, and voted Remain. She has since changed all those positions.

In a changing world, she is now the favoured candidate of the right wing, and backed by such figures as Jacob Rees Mogg.

Braverman, who was eliminated leaving 27 votes for redistribution, belongs to the hardcore group of Brexiteers known as The Spartans who voted against all of Theresa May's Brexit deals.

She has now thrown her support behind Truss, along with the rest of the hard Brexit European Research Group faction.

It's hard not to think that a price of that support will include following through with scrapping the Northern Ireland Protocol.

Sunak was the original target of the right wingers, who blame him for high taxes.

They do not trust him on Brexit. Most of the outrage is due to the belief that he plotted Boris Johnson's downfall.

The indignation seems a bit misplaced, as Johnson himself is credited with bringing down two prime ministers.

However, with the rise of Mordaunt, they realise there is someone else in their way.

The pressure has been on Badenoch to withdraw and potentially deliver more right-wing votes to Truss. 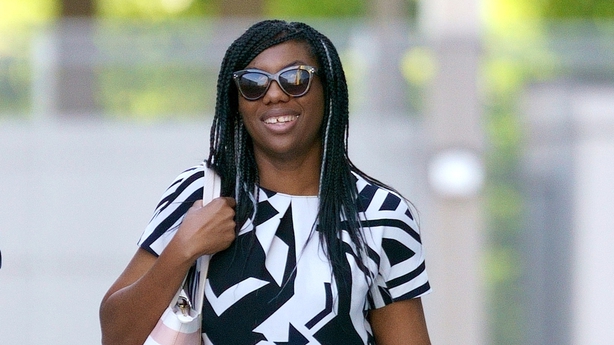 However, Badenoch has the annoying habit of doing well. She was second to Mordaunt in a poll of Conservative members.

Badenoch is also backed by Housing Secretary Michael Gove, who many thought would be backing Sunak.

There was even talk of a Sunak and Badenoch teaming up (and that it would be called 'Kishi').

There is also the question of Tugendhat, who is more of a centrist.

If he is next to be eliminated, then most of his votes would be expected to go to Sunak or Mordaunt.

Ms Truss did not resign from Boris Johnson's cabinet, and said she is loyal to him.

She is happy with the Conservative party's soul the way it is. Given the events of the past week, it will be interesting to see how many Tory MPs agree.