The Government is to maintain the current TV licence but says it will overhaul the system to ensure it is more equitable, relevant and sustainable.

The announcement was made at the publication of the report of the Future of Media Commission, which was tasked with examining funding models and challenges for the media sector.

The report recommends replacing the licence fee with exchequer funding but the Government says it will keep the current system "in order to maintain a direct link between media and the public they serve, and to minimise the risk of actual or perceived political interference in media independence".

The commission's report contains a total of 50 recommendations and the Government says it will adopt, in principle, 49 of them.

A new Media Fund will be established to support the wider media and journalism sector at local, regional and national levels, and will be open to broadcast, print and online media.

The report also recommends a number of other actions to help ensure greater equality, diversity, inclusion, and sustainability in the media sector.

Coimisiún na Meán, the new regulator, will have a key role in setting industry standards, and eligibility for public funding will be conditional on adherence to these standards.

The commission also recommends that environmental sustainability standards could be considered as part of future funding eligibility criteria.

The Future of Media Commission, established by Government in September 2020, was tasked with developing recommendations on sustainable public funding and other supports to ensure media in Ireland remains viable, independent and capable of delivering public service aims.

The Commission was also asked to make specific recommendations in relation to RTÉ's financing.

The Government received the Commission's report last year and was criticised for not publishing it sooner.

Speaking at the launch of the report, Taoiseach Micheál Martin said: "Today's Government decision to overhaul the TV licence and to target additional investment into media in Ireland marks a new departure, both for public service broadcasters and for commercial and community print, online and broadcast media.

"The Government is determined to do everything we can to ensure that Ireland's media continues to deliver high quality public service content at local, regional and national levels," he added.

The Taoiseach added that the Government wants to reform defamation laws and are actively pursuing this.

Tánaiste Leo Varadkar said the decision to maintain but overhaul the licence fee "is the correct one".

"It guarantees a dedicated and more secure funding stream for public service broadcasting and ensures that funding for the public service is ring-fenced," Mr Varadkar said.

Minister for Tourism, Culture, Arts, Gaeltacht, Sport and Media Catherine Martin said a technical group will examine the overhaul of the TV licence system and it will report back to her in November.

Earlier, Minister for Communications Eamon Ryan said the Government "decided against the advice" of the Future of Media Commission "for fear that the media would be under political control".

Mr Ryan said there were concerns that "you would have a Government in the future saying we'll cut the budget if we don't like the story, and that wouldn't be good for Irish media or for Irish democracy.

"We don't want to undermine the funding of our media, so we have to get that right, and work out how that works right," Mr Ryan added. 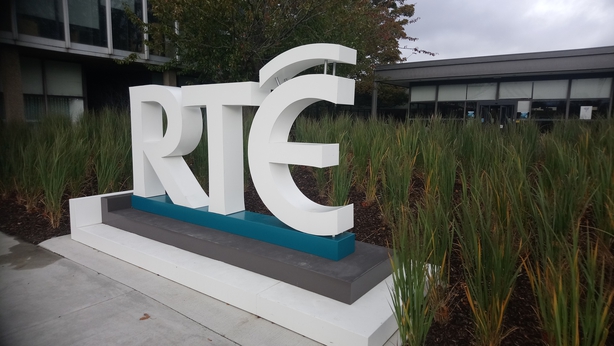 In a statement, RTÉ said it was strongly impressing upon Minister Catherine Martin the need to ensure any legislative changes and system reforms are progressed as quickly as possible and within the lifetime of this Government.

"The decision by Government today to align the obligation to pay the licence fee with how people consume media today is critical to ensure the future sustainability of the system," Ms Forbes said.

"We will engage with the proposed working group as to the scope of legislative and system changes that are required, and we trust reforms will be decided upon and implemented quickly," she added.

RTÉ Chair Moya Doherty said that the financial instability caused by RTÉ's funding model had dominated her eight years in her role as chair.

"While the Government decision to move to link the licence fee to how media is now consumed is welcome, how that is implemented and how quickly is more critical than ever," Ms Doherty said.

"The RTÉ Board will be considering the implications of this report and the Government response to it in due course," she added.

Professor Brian MacCraith, who sat on the commission, said that they are pleased that 49 of the 50 recommendations have been adopted, and that this is a strong signal from Government and welcome Mr Martin's comments.

"One would like if all 50 recommendations would be adopted, but it’s up to the commission to make recommendations and the Government to make hard decisions," Prof MacCraith said.

The Irish secretary of the National Union of Journalists Séamus Dooley said the Government had shown a lack of urgency on the Future of Media report.

Mr Dooley said the licence fee issue is essential and a vital part of the report that should have been implemented.

"People deserve better than, the RTÉ and TG4 issue will be looked at in November," he said.

He added that the proposals in the report are really exciting, but unfortunately it is being overshadowed by "yet another failure to grasp the concept of public service funding".

Executive Director Bob Hughes said "implementation will be a key issue" and that the Government had an opportunity to offer immediate support for news and digital publishers by abolishing the current 9% VAT rate in September's budget.

Today's report on the Future of the Media in Ireland contains 50 recommendations, 49 of which the Government has accepted.

Crucially however, the suggestion that RTÉ gets funded directly from the exchequer was rejected by the Government.

The €160 licence fee will remain, the Taoiseach said, but the system will be subject to reform and enhancement, and "has clear potential to generate further revenues".

The Government's plan now is to quickly set up a technical group to look at the licence fee, how it is collected and how, in the words used by the Tánaiste, it might be modernised.

Minister Catherine Martin, line minister with responsibility for broadcasting, was asked if that means charges for people who consume media content but not on television sets?

Ironically, the suggestion of a media charge was examined and discounted by the Future of Media Commission.

It looked at the use of device independent charges in other countries including Switzerland and Germany, where media charges are levied on households and businesses.

The Commission's conclusion for Ireland was it would not work here on cost and other grounds.

"The practical realities of implementing it in the Irish context are extremely challenging … and it would be both enormously time consuming and costly to implement such systems."

The Commission further opined a media charge could be very unpopular.

"In addition there would be a strong likelihood of public opposition to such a system."

That is the view of the Media Commission, and we must wait until November to hear what the technical group says.

It could be a very sensitive issue, at a time of cost-of-living pressures.