The word "ambitious" has been used to describe the zero tolerance strategy by the Government towards domestic, sexual and gender-based violence.

Few doubt the determination of the Minister for Justice Helen McEntee to see it over the line, however, it's worth noting - this is the third strategy relating to this kind of violence launched by a government.

In 2016, the second national strategy, launched by the then Minister for Justice and Equality Frances Fitzgerald sought to change "societal actions through awareness raising".

The aim was to prevent domestic and sexual violence, improve services to victims and hold perpetrators to account.

Many of the measures supported Ireland's ratification of the Istanbul Convention on the prevention and combating of violence against women and domestic violence.

The Domestic Violence Bill 2017 which sought to improve the protections available to victims of domestic violence also began under Frances Fitzgerald's ministry, before it was published by her successor Charlie Flanagan.

Minister McEntee acknowledged that the strategy launched today was built on previous plans - so what's new? 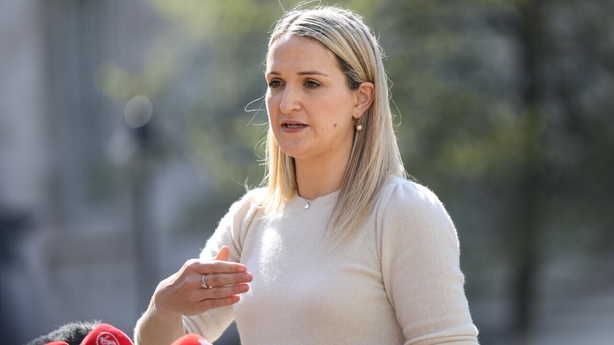 There is no doubt society has transformed since the first strategy was published in 2010.

The use of smart phones has made sexual violence more prolific, and Covid-19 restrictions lifted the lid on what many were going through behind closed doors.

In 2020, the national frontline support service for women affected by domestic abuse, Women's Aid, revealed that it’s 24-hour helpline had responded to 41% more calls since the start of the pandemic compared to the previous year.

The number of domestic violence cases experienced by migrant women increased 12% in 2021 compared to the previous year's, according to the Immigrant Council of Ireland.

Numerous initiatives launched by the current Government in response to the rising numbers have been pulled into the strategy announced by Minister McEntee today, but more have been introduced.

Take education as an example. Secondary school curricula at junior and senior cycle will be changed to include consent, domestic violence, coercive control and safe use of the internet by 2024.

An online hub on consent and sexual awareness across the third-level education sector will also be rolled out.

There will also be an examination to allow gardaí to issue removal orders to take offenders out of a home in high-risk cases.

Today, however, the focus of many was on refuge spaces for victims that need to get to safety.

The plan is to double the number of refuge spaces - an apartment type unit where victims of domestic abuse can seek safety - over the next five years from 141 to 282.

Some organisations say this is not speedy enough.

However, the plan says the number of safe homes (accommodation for victims and children in homes in the community, rather than refuges) will be increased by a third by the end of this year, up from 30 to 44 with further expansion. 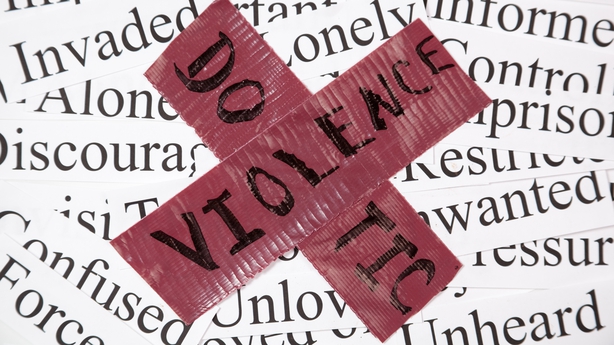 Over the next 18 months, legislation will go through the Oireachtas to establish a statutory authority over the implementation of the strategy.

This has been welcomed by organisations working with victims that have been calling for a minister at cabinet to deal with domestic violence for years.

Minister McEntee said she will lead the strategy, which means there will be a senior minister dedicated to it in the Cabinet.

Mary McDermott of Safe Ireland said the power of a statutory authority reporting to the Minister cannot be underestimated.

A small detail which was noted by some in attendance at the press conference to launch the strategy - the front of the report featured a woman.

There was a view that the photo to launch the strategy should have been more inclusive.

The Minister defended the front page of the zero tolerance strategy, pointing out that statistics show that women experience a greater amount of domestic violence than men.

While this is true, there were reports of male victims of domestic violence being upset by the picture.

Ultimately, the launch of the strategy was a show of solidarity and unity from the Government in relation to the issue.

Now, the real work begins. The next 18 months will test whether the "ambitious" plan by the Government comes to fruition.