There's many a slip, twixt cup and lip.

As Boris Becker took on all comers at Wimbledon in 1986, I have a vague memory of trying to recreate his skills, on a section of new road in Galway.

In between watching bits of the action from the All-England Club on a portable black and white television, I recall hopping a wall near a relative’s house in the Newcastle area of the city, to play tennis.

The virgin tarmac surface was ideal for a late evening rally, in the months before the road went into service, for more mundane purposes.

The action unfolded on a newly laid strip of dual carriageway, close to what was to be the first new crossing to be built over the River Corrib in almost 60 years.

Tennis didn’t become a constant as the summer gave way and fifth class beckoned. But that bit of asphalt, between the hospital and the new bridge, was etched in my mind.

It could never have occurred to me back then though, that the story of roads in Galway would feature strongly in my, non-sport related, future career.

Soon after balls stopped hopping on it, the four-lane highway became a key part of an east - west artery across the city.

Located at the end of the Quincentenary Bridge, it’s where the N6 reaches its most westerly point and gives way to the N59.

Depending on what way you’re travelling, it leads to or from that crossing of the Corrib, named in honour of the 1985 anniversary of the city being awarded civic status.

Work on the project started in May 1985, as part of an effort to ease traffic around the congested city centre. It worked. For a while.

But Galway’s western suburbs have expanded beyond recognition in the last 25 years. Increased vehicle ownership, industrial hubs on the eastern fringes of the city and a poor public transport infrastructure all combine to drive people towards driving. Many on solo journeys, where near constant staring at mobile phones is only broken by sporadic stop-start bursts of travel.

It means that cross-city commutes take much longer, particularly during morning and evening rush hour.

Traffic gridlock is now as synonymous with Galway as the Spanish Arch or the Claddagh Ring. 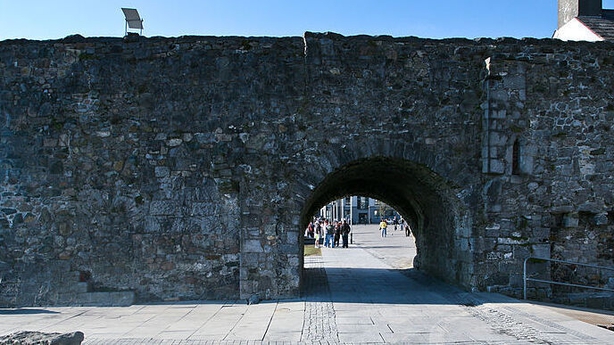 Some 68,000 cars are estimated to cross the four bridges in the city every day. Those journeys choke the town and make cycling and walking less attractive for the city’s younger citizens in particular.

Twelve years ago, plans to construct an "outer city by-pass" were bogged down in the courts. After protracted legal arguments, the entire project was blocked in April 2013, by a European Court of Justice ruling.

Soon afterwards, fresh plans to deal with the traffic emerged. Instead of skirting the outskirts of the main urban centre, engineers focused on an option that would go closer to the city.

A number of potential routes were identified for the N6 Galway City Ring Road. Hundreds of people turned out to attend meetings voicing opposition to the plans, many fearful about the impact the different routes would have on their properties and communities. They vowed to remain united, and to oppose whatever "preferred corridor" was chosen.

But when the favoured route - from near the end of the M6 motorway to a location just west of Bearna - emerged, those not impacted mostly retreated from the frontline.

The selected course of the proposed 18km road played well generally. Its twists and turns would involve the compulsory acquisition of over 500 parcels of land and the demolition of more than 40 homes but, in the greater scheme of things, many felt these were prices worth paying.

That’s symptomatic of a general decisiveness when it comes to people's views on the plan.

On one side, those who contend that it will only add to the traffic issues that have beset the city for years and add to carbon emissions at a time when the State has committed to huge reductions.

Opponents of the road say it won’t reduce the number of car journeys around the city and that the hundreds of millions of euro it would cost could be put to much better use, by transforming the existing road infrastructure, as well as enhancing public and sustainable transport options.

But others say the road is vital if Galway is to be in any way able to cope with projected population increases over the coming two decades.

Those who live their lives by the precise timings they’ve worked out for trips across the city each day are yearning for some respite.

These were just some of the arguments teased out over the course of a protracted oral hearing last year into the planning application.

Earlier this month, after lengthy deliberations, An Bord Pleanála approved the route.

But few were popping champagne corks in the immediate aftermath of that call being made.

The chance of some form of challenge to the route is still considered a possibility and opponents, among them An Taisce, are arguing that approval doesn’t mean the project is any more viable, particularly given the momentum towards sustainable travel and reduced emissions.

On the other hand, proponents like Galway Chamber continue to emphasise the benefit they contend the development would bring: further investment and the scope to transform the city centre, were thousands of cars taken away from the area.

More than three and a half decades on from that summer of Becker and Mexico '86, the talk here is still of prospective new roads and the impact they’d have.

It’s a conversation that’s likely to run for another while yet, but 2022 may provide a little more in the way of clarity, as to whether ground will ultimately be broken on a ring road for Galway.