Nearly 200 nations came together yesterday on a global deal to combat climate change after two weeks of painful negotiation, but fell short of what science said is needed to contain dangerous temperature rises.

Rich countries stood accused of failing at the COP26 summit in Glasgow to deliver much-needed finance to vulnerable states at risk of drought, rising seas, fire and storms.

Britain's COP26 President Alok Sharma rounded up the marathon negotiations telling delegates: "It is now decision time. And the choices you are set to make are vitally important."

But China and India insisted that language on fossil fuels be weakened in the final summit decision text.

As the final deal was clinched, a tearful Mr Sharma said "I apologise for the way this process has unfolded. I am deeply sorry," before banging down his gavel.

Delegates entered the talks charged with keeping the 2015 Paris Agreement goal of limiting temperature rises to 1.5-2C degrees within reach.

They were also tasked with finding the funding for nations most at risk of climate-related droughts, floods and storms supercharged by rising seas.

Observers said the agreement fell far short of what is needed to avert dangerous warming and help countries adapt or recoup damages from the disasters already unfurling globally.

UN Secretary-General Antonio Guterres welcomed the deal, but stressed it was "not enough".

"We are still knocking on the door of climate catastrophe."

Minister for the Environment and Climate Eamon Ryan said the "good deal" secured on climate would bring significant progress and the "gut wrenching amendment" by China and India should not distract from that.

Speaking on RTÉ's This Week, he acknowledged that it was "gut wrenching" last night when there was a last minute demand from the Chinese and Indian governments for the word change on coal from "phase out" to "phase down".

He said it was a political word change and it is not in the legal structures.

Mr Ryan said the deal puts the "legal bones" on the Paris agreement and there is now strong confidence that it gives this mechanism to start delivering that.

"It has put climate justice to the core of what we are doing."

Laurence Tubiana, the architect of the Paris deal, told AFP that "COP has failed to provide immediate assistance for people suffering now".

But a statement from the European Commission said the deal had "kept the Paris targets alive".

British Prime Minister Boris Johnson, whose government hosted the talks, insisted the deal was a "big step forward" even if much more work needed to be done.

The final text urged nations to accelerate efforts to "phase down" unfiltered coal and "phase out" inefficient fossil fuel subsidies.

Large emitters China and India had opposed the mention of the polluting fuels, and the language in the final text was significantly more nuanced than earlier drafts.

The deal also called on all countries to accelerate their emissions cuts by submitting new national plans by 2022, three years earlier than agreed in Paris.

But after resistance from rich nations led by the United States and EU, the text omitted any reference to a specific finance facility for the loss and damage climate change has already caused in the developing world.

It instead only promised future "dialogue" on the subject.

"For some loss and damage may be the beginning of conversation and dialogue," said Shauna Aminath, the Maldives environment minister. "But for us this is a matter of survival."

The text noted "with deep regret" that wealthy nations had also failed to stump up a separate annual sum of $100 billion they promised over a decade ago. It urged countries to pay up "urgently and through 2025".

It also promised to double finance to help developing countries adapt to rising temperatures by the same date.

But developing nations said it was unfair for the summit to produce an unbalanced agreement heavily weighted toward "mitigation" - how economies can ditch fossil fuels and reach net-zero emissions by 2050.

They wanted specific instruction on how they can meet the bill of decarbonising while also adapting to the natural disasters supercharged by global warming.

"We were told that COP26 was the last best chance to keep 1.5C alive but it's been placed on life support," Amanda Mukwashi, CEO of Christian Aid.

"Rich nations have kicked the can down the road and with it the promise of the urgent climate action people on the frontline of this crisis need."

The two weeks in Glasgow saw a number of high-profile announcements from world leaders, such as a commitment to slash methane emissions by 30% by 2030.

It also witnessed mass protests against what activists said was a dangerous lack of urgency.

Teresa Anderson, climate policy coordinator at Action Aid International, said COP26 was "an insult to the millions of people whose lives are being torn apart by the climate crisis". 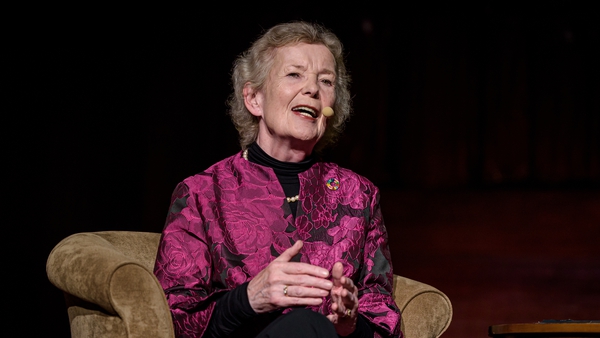 COP26 deal in quotes: 'A shameful dereliction of duty'