The first women enlisted to the Defence Forces have been recalling how times have changed in the 40 years since they joined.

Thirty-eight women from the 4th Platoon passed out on 29 October 1981.

Today, 27 of them returned to the Keadeen Hotel in Newbridge, Co Kildare, where their graduation ceremony took place.

Paula McCosker Dowling is the only remaining serving member of the Defence Forces from the group.

She said it was a "momentous occasion" when the army began to recruit women, but that it was a "culture shock" for the army.

"They really didn't know what to do with us at the time. Even when we finished our recruit training and went out to our barracks, they had difficulty integrating us into what would be an all-male dominated society".

While the women were first recruits, they did not start on an equal footing to their male counterparts and could not work in combatant roles.

"The first women brought into the army were classified as non-combatant," she said. 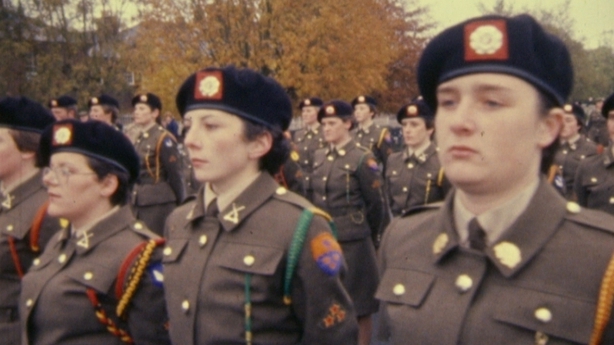 "Maybe for the first ten years we were only doing administrative work. Overseas work was very limited. Our combat roles were non-existent.

"But then that changed and women are now fully integrated into the army. There's nowhere that a woman can't serve".

Deirdre O'Neill said she decided to join the army in the footsteps of her older brothers.

"I was absolutely fascinated with what they were doing, my older brother had just gone overseas with one of the first missions that went to Lebanon. At that time there were no women, but in 1981 my mum brought in the newspaper and she said 'Look, Deirdre!' and I said OK, I'm going to apply for that!".

She retired from the army in 2009 after serving 28 years.

She said at the time she was excited to join the Defence Forces.

"The fact that we were the first, we were very proud and so excited to be the trailblazers as it were".

She said the limitations of their roles were made clear to women during their recruitment training, and that they could only work as clerical workers, military police or drivers. 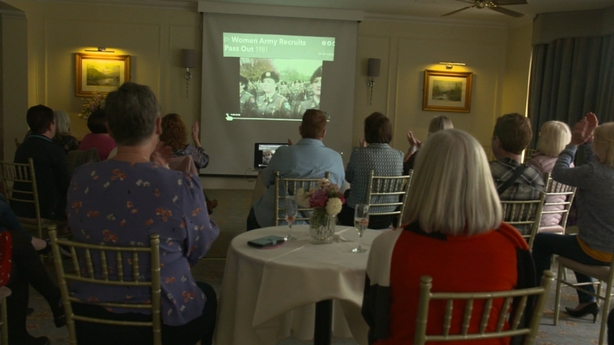 Today, there are 603 women currently serving in the Defence Forces.

Ms O'Neill said that she is delighted for the women coming through today, in that they have access to all areas of the Defence Forces.

The women from the 4th Platoon wanted to celebrate not just their service, but also their 40 years of friendship.

Janet Peakin Calleary says they have a life-long bond and many of them would have been overseas together.

Sadly, three of the women who graduated 40 years ago have died.

Today the women watched news reports from the day of their graduation in 1981.

"It was great to see how young we were", Janet said.

"How we were as a group was great. It was great to see all the girls, especially the ones who are not here today".