A review for the HSE into how Covid-19 vaccines were given to a group of private school teachers by the Beacon Hospital in Dublin has found the hospital did not consider alternative options.

The report said the hospital in Sandyford "moved to avoid vaccine waste by mobilising a group of people that they considered offered a viable solution" after it was faced with having excess vaccines on 23 March.

However, the review said the decision was taken "without considering alternative persons or groups higher on the vaccine allocation groupings".

The external report was sought by Minister for Health Stephen Donnelly after it emerged the Beacon Hospital had administered vaccines to 20 teachers from St Gerard's private school in Bray in Co Wicklow, using vaccines supplied by the HSE.

When the issue emerged, the minister asked the HSE to suspend vaccine operations at the hospital.

The 83-page review, which was published in full today, was carried out by Cornelia Stuart, a retired HSE Assistant National Director.

At the time, the Beacon Hospital said that while it was not in line with the vaccination sequencing guidelines, the vaccination of teachers was carried out to avoid the wastage of vaccines at the end of a clinic and that the use of the vaccines was time-bound.

However, the reviewer concluded that "there were a number of other options available that could have been considered before the teachers taking into account the sequencing guideline in place" and which she said "would have been feasible".

And the reviewer said "the most obvious option" would have been a call to the HSE's Community Health Organisation 6.

It states that CHO 6 confirmed to the reviewer that "if contacted at that time on the 23 March, they could have sent staff to the Beacon Hospital Vaccination Centre within the timeframe suggested."

It said "in response to the draft report, the Beacon Hospital advised the Reviewer based on their experience, CHO 6 in their view would not have be able to respond to a request for staff at such short notice in a time-pressured situation."

But it was the reviewer's opinion that this was "not a correct assertion." 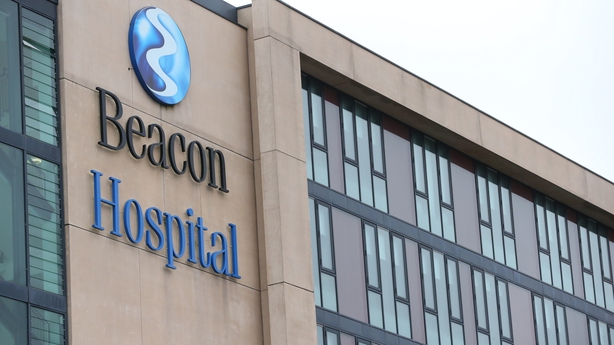 "The identification of excess vaccine took place within 'office hours' which meant that a sufficient number of Category 2 or Category 4 staff would have been available to fill the 20 slots."

The reviewer concluded that other alternatives could have been considered including "those living or working in crowded conditions where social distancing was difficult to maintain or key workers in the food supply system, public and commercial transport and other vital services."

The report said there were a number of retail outlets within the hospital complex, with the Beacon South Quarter and Sandyford Industrial Estate in close proximity, while a large Garda station was located less than 3km away.

The review also concluded that there was no evidence the school had solicited the vaccines.

It said the reviewer is therefore satisfied "the school acted in good faith and on the assurances received from the CEO of the Beacon Hospital, that the offer of the vaccines was entirely legitimate, above board and with the permission of the HSE".

The review said the Beacon Hospital justified the selection of the teachers from St Gerard's in Bray "on the basis that they were a distinct group that they felt could be mobilised quickly and within the timeframe of dictated by the stability of the vaccine in syringe".

The report said the timeframe was considered by the Beacon to be one hour "despite there being no evidence to support this".

The Beacon Hospital told the reviewer that the choice of the school was "considered feasible because, for legitimate family reasons, the CEO had the mobile phone number of the Headmistress of the school" and that the hospital could "access a group of potential recipients via one phone call rather than having to identify and contact potential recipients on an individual basis."

The hospital added that "they do not believe they could have found other suitable individuals at such short notice".