Distrust, disrespect, othering and blame between Government departments, agencies and non-government organisations has been discovered in an audit of the State's response to domestic, sexual and gender-based violence (DSGBV).

The Department of Justice initiated the audit, which was carried out by an external consultant with the involvement of service providers and NGOs.

The Programme for Government agreed to conduct the analysis amid concerns that the State’s response to domestic and sexual violence is disparate and fractured.

It found examples of fragmentation "across and within structures".

Those included a lack of coordination and progress in implementation, misalignment of policy objectives, practices and resources, and disconnections between functions, services, and people.

The report commends the wealth of experience, talent and commitment among the people involved in the sector and the appetite for joint working and coordination.

However, it notes evidence of distrust, disrespect, blaming, othering, and perceptions of incompetence and lack of concern. Othering is when you view or treat a person or group as different from yourself.

"These are most clearly manifest between NGO and Government bodies but not exclusively and they indicate fragmentation within the structures," according to the report.

It suggests that the fragmentation is likely due to several "interrelated issues" and notes that domestic sexual and gender-based violence raises and addresses fundamental issues about society, gender, violence, and destructive dynamics.

"These dynamics can be played out and negatively mirrored in organisations and structures established to address it if they are not understood and addressed in a deliberate way," it said.

It also notes that DSGBV is a complex and systemic social problem.

"As such it cannot be solved by quick fixes and linear thinking but requires fresh approaches and understandings, and collaborative working", it said.

It said that to be effective time and attention is required to build relationships; develop a shared language and a culture of understanding; and joint problem solving and planning.

The audit said while the approach of cross-Government working is now well accepted among officials, there are signs that it may not be "well embedded in practice".

The chief executive of Safe Ireland has said that domestic violence needs to be "front and centre in social policy" and should be funded at much greater levels given the economic cost to the state and the toll on survivors.

Mary McDermott told RTÉ's Morning Ireland that research carried out shows it can take 20 years to escape from an abusive relationship, with an average of 15 years spent in the relationship and five more years seeking to exit it and recover.

She said "that's quite a shocking figure but it makes senses now that we have a better understanding of control and the way in which we can collude in control".

Ms McDermott said that emotional abuse can be a primary form of abuse as well as financial control.

The researchers interviewed 50 women and found a personal cost to survivors of abuse of €113,000 was accrued in healthcare, legal costs, lost income and productivity, expenses and debt damage during the course of the relationship.

She said that "alongside the humane call to attend to the systemic violence against women, and separately against children, this is costing the state".

'Lack of concern or interest' from key players

A monitoring committee comprising of 24 representatives from relevant Government departments, agencies and NGOs was established a number of years ago to facilitate cooperation and the growth of mutual understanding within and between the organisations and sectors involved in work in relation to DSGBV.

However, the audit found some departments "are consistently poor attenders at monitoring committee meetings" and at providing progress updates; and neither the senior officials group nor the Cabinet committee appear to have paid any attention to the work of the monitoring committee or the progress of the Second National Strategy.

"That this situation has continued unaddressed suggests a lack of concern or interest about DSGBV or about non-participation by key Government players, or both, in the Government system," it said.

It notes evidence of other fragmentation in the Government system, for example when decisions about budgets, staff levels, staff grades and related issues are made at a remove from the core of the problem or issue which need to be addressed.

It notes that these decisions have very direct and sometimes devastating impacts on projects and services, and the people involved in them, and indicate the need for better information exchange, understanding and alignment across all government functions and policies.

The audit said there is a lack of clarity as to how the role of NGO and other stakeholders in the whole of
government system is conceived and envisaged, and about respective roles and relationships.

The report recommends a special Ministerial committee and/or Cabinet committee be established as a functioning body, to oversee the implementation of the next strategy, ensure that all elements of the State apparatus contribute to its achievement and to intervene if progress gets "stuck" for any reason.

On foot of the audit, Minister of State for Civil and Criminal Law Hildegarde Naughton and Minister for Children, Equality, Disability, Integration and Youth Roderic O'Gorman agreed that the Department of Justice will continue to have lead policy responsibility for domestic, sexual and gender based violence.

The third national strategy will outline how the Government "will radically improve services and supports for victims and will be the most ambitious plan to date", according to the Department of Justice.

Ministers Naughton and O’Gorman believe that genuine engagement and partnership with organisations working on the ground in this sector is vital to the success of the new national strategy. 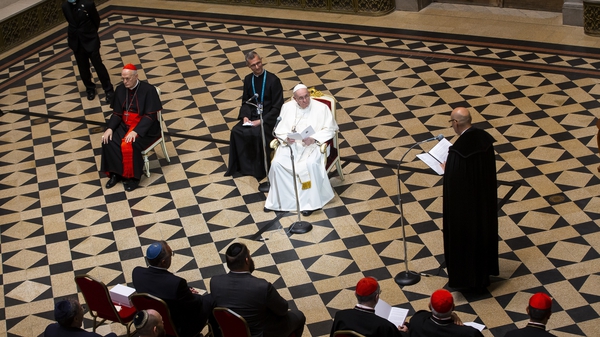