There has been an increase in the number of records being provided to the Child and Family Agency relating to birth information and tracing.

Tusla's National Manager of Adoption has told an Oireachtas Committee that "many were coming forward" to hand over records in recent months.

Siobhan Mugan said this was due to Subject Access Requests under Data Protection Legislation.

Ms Mugan was speaking at the Oireachtas Committee on Children, Equality, Disability, Integration and Youth, which is examining the General Scheme of the Birth Information and Tracing legislation.

Representatives of Tusla, the Adoption Authority of Ireland and the Special Rapporteur on Child Protection Conor O’Mahoney were before the committee today.

Ms Mugan said Tusla was aware of records in the possession of congregations and in the hands of "personal people" who may be relatives of GPs or private nursing homes.

The Adoption Authority of Ireland confirmed that it would "take custody" of two further adoption authorities that will close at the end of this year.

The Chief Executive of Tusla, Bernard Gloster, said the number of access requests in the first quarter of this year increased significantly following the conclusion of the Commission of Investigation into Mother and Baby Homes.

He said Tusla was processing requests "on the paper records" and on the Mother and Baby Home Commission database.

The committee explored the possibility of gathering all records under a new agency rather than the existing situation where they are held in the main by the Adoption Authority and Tusla.

It followed a concern raised by the Special Rapporteur on Child Protection over a proposal in the bill that records would, for the most part, remain where they are currently kept.

Prof Conor O'Mahoney said that while some provision had been made in the bill for the transfer of records to the Adoption Authority of Ireland, adoption records would be dispersed and fragmented between agencies and geographic locations.

He suggested that all records be held by a single agency and digitised for "maximum searchability".

Ms Carey said the Adoption Authority had worked with the National Archives in developing the AAI as a place to deposit records and they were being kept at the required standard.

Mr Gloster said that regardless of the agency, the same legal complexities would prevail. Ultimately, he said it was a decision for Government.

Under the General Scheme of the Bill, information sessions with social workers are required with people seeking their birth information where a preference for no contact is communicated by a birth parent.

Adopted people and organisations advocating on their behalf have described the compulsory information session as offensive.

Ms Carey acknowledged the "question marks" around the information sessions and suggested that the scope be widened.

She suggested the inclusion of archivist specialists or advocacy support.

The Bill also proposes that on the commencement of the legislation, a three-month window will be given to allow birth parents register a preference for contact or no contact.

At the end of three months, people will be able to apply for their information.

While the current legislation states that contact preferences will still be accepted after three months, in these cases it cannot be guaranteed the person, to whom the contact preference applies, will not have already applied for and received their information.

Prof O’Mahoney said the clock was ticking for those seeking access to their information, and he expressed nervousness about a long lead in time.

Mr Gloster said that as the authority responsible for the register, three months was "short in many ways".

He said there had to be an "extendable provision" beyond that for those not captured within the three months.

At the end of the committee, Mr Gloster was asked if the cyber-attack had an impact on birth information and tracing.

He said it had "crippled the Child and Family Agency" in functioning normally.

Mr Gloster noted that the Mother and Baby Home Commission’s database was not damaged because it is not hosted on the HSE platform.

However, he said Tusla's information that is hosted by the HSE is expected to be disrupted for several weeks. 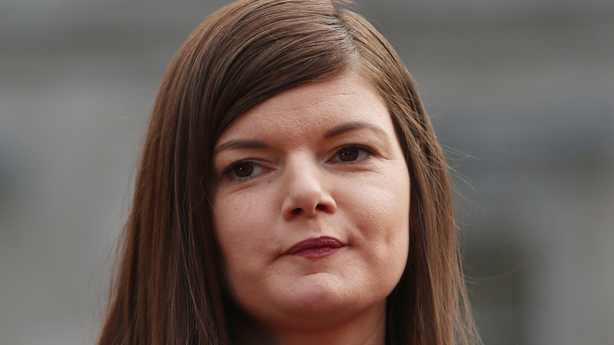 The Chairperson of the committee, Kathleen Funchion, said the committee was the appropriate forum to question the commission on behalf of survivors, following the publication of the report and a great deal of public commentary.

However, she said the committee had to accept the decision by the commission not to go before the Oireachtas.

Deputy Funchion assured survivors that the committee would continue to work with them and their representative groups to ensure their voices are heard.

Government ministers and Opposition parties called for members of the commission to go before the Oireachtas to clarify its treatment of the personal accounts of survivors of the homes in its final report.

It followed the involvement of one of the three commission members, Professor Mary Daly, in an Oxford University seminar, at which she said threats of legal action had resulted in the testimony of survivors being excluded from the final report.

In a letter sent to the committee last Friday, commission members stated that their findings could be "put in peril by an appearance before some of the committee's members whose rush to judgement without due process, is already a matter of record".

The Tánaiste Leo Varadkar described the decision as "deeply regrettable", while the Minister for Children Roderic O'Gorman urged commission members to reconsider.

Speaking earlier today on RTÉ's Drivetime, Mr Gloster said he is committed to improving the ways in which the organisation interacts with people.

He reiterated his apology to adopted people and others who have sought access to their birth information and identities from the Child and Family Agency, and said a "weak legal framework" impacted access to information.

"Regardless of the reason, in this case a legislative deficit or weakness, we would not want people to be feeling that way and in as much as they attribute that to us, we would be very sorry that that will be the case", he said.

"We continue to do everything we can to make those improvements that people feel are necessary, and are possible.

"But fundamentally, it is this new legislation that will alter significantly that issue."

Tóibín asks if money was 'dangled' before nursing homes