Ongoing research into an increasingly common spider species has found it can deliver bites that may require hospital treatment.

Scientists at NUI Galway have spent a number of years examining the Noble False Widow spider.

They say most bites happen around the home, with the vast majority occurring when victims are in bed or have spiders trapped in their clothing.

The species originated in the Canary Islands and Madeira but has been spreading worldwide in the last two decades. In parts of Ireland and the UK, it is now one of the most common spiders found in urban settings.

Venomous bites are reportedly becoming more prevalent, with victims usually experiencing intense pain and swelling for a few days. In some cases, malaise and persistent stiffness in limbs is reported.

Last year, researchers discovered that 111 toxins, out of 140 found in the Noble False Widow spiders' venom, were common to those found in Black widows. 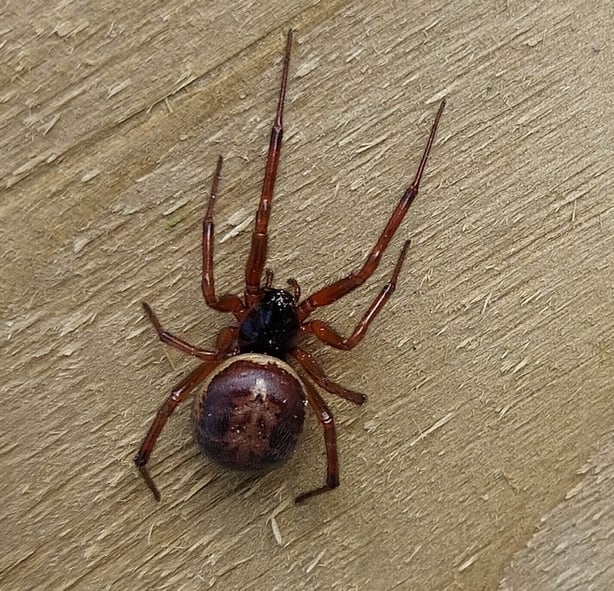 Their latest study, published in the journal Clinical Toxicology, confirms that some bite victims experience symptoms very similar to those inflicted by true Black Widow spiders and, in some severe cases, require hospitalisation.

A genetic mutation within the species may have made the False Widow more adaptable to new environments.

They are thought to have made their way to Ireland in freight containers and have spread to all parts of the country since being detected here in the late 1990s.

In rare instances, victims have developed minor wounds at the bite site or had to be treated for severe bacterial infections.

The head of the Venom Systems Laboratory at NUIG says the species is here to stay in Ireland and we must learn how to live with them.

Speaking to RTÉ's Morning Ireland, Dr Michel Dugon said that people can capture the spider and throw it out away from the house.

If there is a sizable false widow population in your area, he said, then people should shake their clothes before putting them on.

"Most people who get bitten get bitten either in their bed, while in their sleep, or while putting their clothes on in the morning."

Dr Dugon said the species prevalence frightening from an ecological and health point of view.

Researchers have now established a DNA database to allow doctors to confirm the species are responsible for bites they treat.

One of those involved in the study, Aiste Vitkauskaite, said that of ten species of spiders in Ireland with fangs large enough to bite through human skin, the False Widow is the only one reported to have pierced people in the last five years.

She said the spider is responsible for dozens of bites during that time.