The Department of Health has been notified of four further deaths associated with Covid-19.

There have also been 425 additional confirmed cases.

Speaking at this afternoon's Department of Heath briefing, the Chair of NPHET's Epidemiological Modelling Advisory Group Professor Philip Nolan said the epidemiological situation of the virus in Ireland is "stable", adding that there are "strong grounds for optimism".

He said data on vaccination shows "not only a reduction in incidence in older age groups" but also "very strong effects" in terms of the extent to which vaccination is reducing the severity of disease, hospitalisations and fatalities.

The Chair of NPHET's Epidemiological Modelling Advisory Group Prof Philip Nolan has said the epidemiological situation of Covid-19 is "stable" and that there are "strong grounds for optimism". | Read more: https://t.co/Kbtcfz4Vfu pic.twitter.com/H548lPNIIE

"The data also reveals the positive effects of vaccination, not only incidence in the over 65 age groups below the national average and rapidly declining, but we are seeing a very large discrepancy in the probability of being hospitalised or dying," he said.

"It is clear that vaccination not only decreases infection but also decreases the severity of any disease that breaks through," he added. 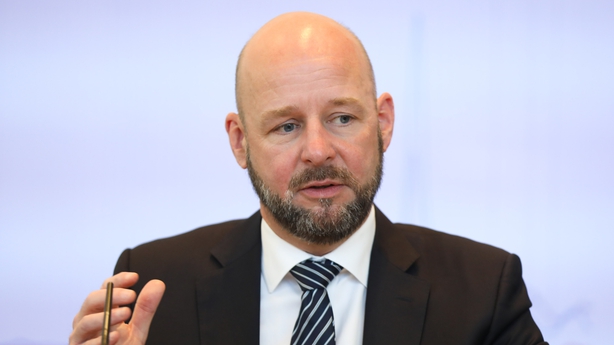 Prof Nolan said those in the 75 to 80 year old age group now have a 20% risk of being admitted to hospital from Covid-19.

"We're seeing a really significant reduction in the risk of being admitted to hospital in those older people who are now effectively vaccinated."

He also described the reduction in mortality as "even more significant".

Meanwhile, Chief Medical Officer Dr Tony Holohan said NPHET "strongly recommend against" members of the public applying the use of antigen testing, adding however that antigen testing used in "controlled appropriate circumstances" can have "an important role to play".

He said the result gained by the test in general circumstances "cannot be relied upon".

Dr Holohan said he has received a recommendation from NIAC, but he has not written to the Minister for Health, giving advice on the use of the Johnson & Johnson vaccine.

Also speaking at this afternoon's briefing, Deputy Chief Medical Officer Dr Ronan Glynn said employers who are considering the use of antigen testing need to "ensure that implementation is done in a way that brings benefit".

He said the HSE made 80,000 tests available in March and April to those in the meat processing industries who wanted to use antigen testing.

He said of the close to 10,000 tests used they found 14 positives and "a number of them" were false.

"The feedback in general was that it was very labour intensive. There were very significant considerations in terms of consent, in terms of education for the people using tests and again it was one more layer and a multi-layered approach in a high-risk setting," he said.

"That's effectively a well-planned controlled approach to the use of these tests in a setting where there's a whole range of other mitigation measures in place," he said.

"Potentially, although it's not clear at this point, potentially, it would bring some benefit.

"It is not as straightforward as simply buying a couple of 100,000 tests off the shelf, and just handing them out to employees," he added.

"We would encourage everyone to get vaccinated when offered the opportunity," he said.

The HSE has said schools have been advised that they should not have end of year graduations ceremonies for sixth year students in whole year groups or facilitate the attendance of parents or other family members either on the school premises or in any other locations.

Dr Abigail Collins, Consultant in Public Health Medicine, HSE said: "Schools are also asked to strongly encourage students to act responsibly and not to attend any social events or gatherings which greatly increase the risk of spreading COVID-19." 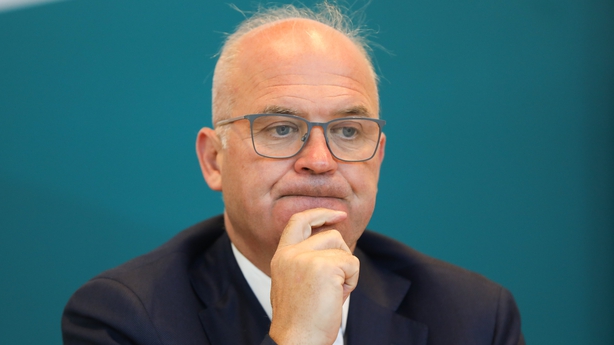 The Chief Medical Officer said he was aware that graduation ceremonies for sixth-year students was "an important time in the lives of young adults", it is important they take precautions not to contract Covid-19.

"Do not attend graduation ceremonies or events. Take this time to restrict your social contacts and continue to follow the public health advice," he said.

Dr Holohan said NPHET will have an update on face coverings and social distancing in the coming weeks.

The figures come amid disruption to Covid-19 testing and contact tracing.

The HSE has said some health services have been impacted since it was forced to shut down all of its IT systems after a major cyber attack.

As a result, the GP and close contact testing referrals system is down.

On the ransonware attack affecting HSE computer systems, the Chief Medical Officer Dr Tony Holohan said he was learning about it over the course of the day. He said people will still be able to get tested for Covid-19 and added that he does not know when it will be resolved. pic.twitter.com/95M4DSE1eU

GPs will instead advise patients to attend any walk-in sites if they need a test.

The HSE said scheduled Covid-19 tests will go ahead as planned and advised people to attend for a test if they have an appointment.

The HSE said the cyber attack has not impacted the HSE's vaccination programme.

Dr Holohan said said the impact of the HSE cyberattack on testing "should not distract individuals who have got symptoms or who are waiting on result from following basic public health messages".

He said people will still be able to get tested.

"We haven't switched off testing", he said.

He added that he does not know when it will be resolved.

"You need to self-isolate if you have symptoms", he said

The cyber attack on HSE computer systems was described as "possibly the most significant cybercrime attack on the Irish State", by the Minister of State for Public Procurement and eGovernment Ossian Smyth.