Australia's fourth largest city faces prospects of its second snap lockdown in less than a month, officials warned today, after a hotel quarantine security guard in Perth and two of his housemates tested positive for Covid-19.

Western Australia Premier Mark McGowan said the state's capital city, which last week emerged from a three-day snap lockdown after reporting one Covid-19 infection, was on high alert and a new lockdown was a real prospect.

"I want to avoid going into lockdown again. I know how much it can impact people's lives and businesses but if we need to go back into lockdown we will," Mr McGowan told reporters today.

However, he said there were no plans to impose a lockdown today as was earlier feared.

"What has saved us from having a lockdown immediately is the fact that during the course of last week when these people were in the community ... everybody was wearing masks and we had a very quiet society," Mr McGowan added.

The infected 20-year-old man was a student working as a security guard at Perth's Pan Pacific Hotel and had already had his first Covid-19 vaccine, Mr McGowan said. Two of his housemates were food delivery drivers and had also tested positive.

They were now quarantining in a hotel. The five other housemates who have so far tested negative were also in hotel quarantine.

Nightclubs will close and a local football match at which 45,000 people were previously expected to attend this afternoon would now be closed to spectators, Mr McGowan added.

Australia has all but stamped out community infections after closing its borders to non-citizens in March 2020, recording just 29,800 cases and 910 deaths.

The country, which has no other community transmissions of the coronavirus, this weekend banned citizens who had been in India within 14 days from returning home, as the world's second-most populous nation contends with a surge in Covid-19 cases and deaths.

Meanwhile, New Zealand, which last month agreed to a quarantine- and Covid-testing free "travel bubble" with Australia, has paused travel from WA, cancelling two flights due to arrive this morning.

Cambodia reported a daily record of 730 new coronavirus cases, the health ministry said in a statement today, as the country struggles to contain a wave of infections that emerged about two months ago.

The Southeast Asian nation has recorded one of the world's smallest Covid-19 caseloads, but the recent outbreak that was first detected in late February has caused infections to climb to 14,520, with 103 deaths.

"Covid-19 continues to threaten us. Please continue to be vigilant by practicing hygiene, keep social distancing and don't leave your house as it is spreading severely in the community in our country, our neighbours and the world," Cambodia's Communicable Disease Control Department said in a statement posted on Facebook today.

The capital Phnom Penh, which has the most Covid-19 cases in the country, is under lockdown until 5 May and has declared some districts "red zones", banning people from leaving their homes except for medical reasons.

Thailand's Health Ministry has reported 1,940 new coronavirus cases, while deaths hit 21 for a second day, the highest daily number of fatalities since the pandemic began.

Thailand largely controlled the virus early in the pandemic through shutdowns and strict border controls. But a deadly third wave that begin in early April includes the highly transmissible B117 variant and has accounted for about half of its total cases and deaths.

A mass vaccination programme is to kick off in June with locally manufactured AstraZeneca doses. Vaccine registration opened to the public this weekend with a goal of inoculating 70% of adults in the country of more than 66 million people.

China has given 270.41 million doses of covid-19 vaccines

China has administered 270.41 million doses of Covid-19 vaccines in the country as of yesterday, the National Health Commission said today.

China's vaccination pace has quickened recently. However, because of its large population, China still lags behind the United States in terms of the proportion of the administered population per 100 people. 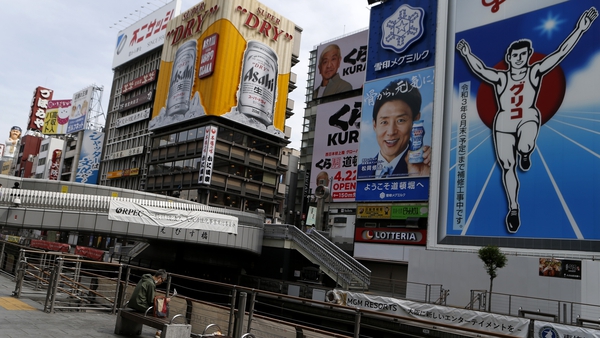