Dare we compare it to a summer's day?

Poetry finally replaced prose from first light this morning, as the country woke up to the news that the seeds of sacrifice planted in the winter will soon turn to the darling buds of freedom.

Under the hours of darkness and behind the white glow of Government Buildings, what was described as a "sober presentation" from NPHET to senior ministers gave way to an unexpected twist.

The public health experts were offering an uncharacteristically clement pass to reopen society and the economy at a quicker pace than had been expected. It came, according to one minister present, as a "pleasant surprise".

The Government finally had some good news to offer - with the cover that it was entirely in line with what the public health experts advised. We could finally see a summer breeze blow away the winter storm, and find out what happens to locked down citizens when it gets warm.

From 10 May, people would be allowed to travel across county boundaries throughout the country. Visits would be allowed in back gardens, team training could resume, 50 would be able to attend church services and, to the personal relief of many, including the Taoiseach, we could finally get our hair cut.

A week later from 17 May, all shops could reopen. From 2 June, gyms, hotels and guesthouses and outdoor hospitality would be reopened. Ministers were being given a license to agree to the biggest, and most surprising, shift in public health guidelines since the start of the pandemic.

"Full of hope this morning," tweeted Tánaiste Leo Varadkar, ahead of Cabinet meeting to sign-off on the measures.

By tea-time, when the Taoiseach came down the steps of Government Buildings - by now, well worn down by the weight of bad news – the change in mood could be felt in the air. "Ta an samhradh ag teacht," Micheál Martin declared.

"As disruptive, as lonely, as frustration and as sad as the last year has been, we are getting through it. A degree of normality is returning," he said, clearly a weight lifting.

To some ministers, the easing of restrictions is indeed a leap of faith. It is a gamble that can be considered bold for a Government that was so badly stung by its decision to reopen before Christmas, which led to a surge in cases and the subsequent harsh lockdown.

But this time, it's a risk that ministers have calculated they are comfortable with taking.

For a start, the Cabinet has the cover of NPHET who advised the Government that the path they recommended carried a "low to moderate risk". They are not deviating from its advice, in any way.

There is an acknowledgment too that a political context is factored in: that there are limits to how much more lockdown people would have taken and there was need to give a little to get a lot.

Secondly, while the measures are significant, they do not include any major indoor gatherings.The reopening of hotels is still five weeks away, one minister pointed out. Between now and then, indoor mixing will be limited to shops, salons, libraries and museums.

Unlike December, when indoor dining was opened briefly and people were gathering indoors, there is unlikely to be any "big bang" negative impact from the next few weeks of easing, ministers noted. And if things turn in a different direction, there is enough capacity to slam on the breaks.

Thirdly, there is growing optimism around the vaccine rollout, on which the entire reopening plan is now contingent.

The re-opening is dependent "within reason", according to sources, on the 80% "or there abouts" vaccination target being met by the end of June. Some 211,000 vaccines were administered in the past seven days, giving rise to growing confidence within Government about the programme.

The Taoiseach described how there are few families across the country that have not witnessed at first hand the sense of relief with a loved one receiving a vaccine. "That will continue and accelerate significantly over the weeks ahead and as it does, the list of options available to us continues to grow."

If this happens, in parallel with the May reopening stages going well, then "we are on solid ground", one minister said.

Sources also indicate that this points to a potential reopening of all hospitality by the middle of July, but also caution that a lot has to go right between now and then.

There is another consideration too: While the loosening of restrictions brings new freedoms, it can also bring new tensions. The Government will be keen to avoid any concerns around inter-generational fairness if younger generations are waiting for vaccines while older cohorts enjoy a "vaccine bonus".

Things will also become harder for businesses that remain closed while they see others trading again. The Restaurants Association of Ireland (RAI) said the plans will "divide" restaurant owners between those based in hotels and those acting independently, those with outdoor terraces and those who do not. Its statement that the rules are "anti-competitive and inequitable" will serve as a caution that social cohesion can become frayed.

Just a fifth of pubs have the facilities for outdoor service. As Padraig Cribben of the VFI told an Oireachtas committee last month: "We can get a bout of hailstones as well as a bout of sunshine" in the summer. "So talking about outdoors in the Irish context is a red herring."

On top of all of this, there is the acknowledgement that the next few months will have to be very carefully negotiated. If this gamble backfires and cases spike, the political costs are unthinkable. And with so much riding on it, there is little room for slippage in the vaccine programme.

Rough winds could yet shake the darling buds of May. 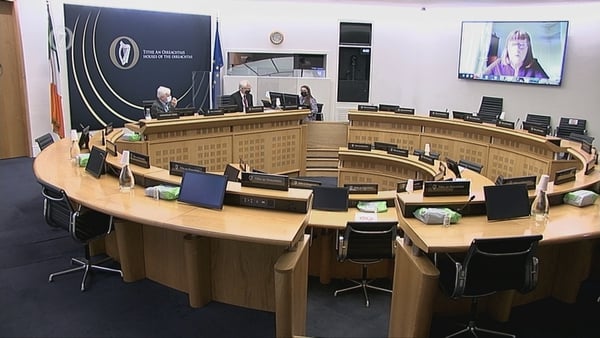