The UK's defence and foreign policy review, being published today, matters to the rest of us because it will form a big part of the public face the British government wants to show to the rest of the world.

In the post-Brexit era, it will be a significant statement of how the British intend interacting with the rest of the world - including our corner of it.

It will set out not just the direction of British hard power for the rest of the decade, but also outline the top level policy aims of the UK's diplomatic service, and its development aid programme, seeking to integrate all three elements into a cohesive framework.

But it will also have a domestic impact through an industrial policy that is intended to shift spending away from conventional military hardware and into advanced technology research and advanced cyber warfare capabilities. This has the potential to change employment patterns in the country, as military bases close and consolidate, while new organisations and industrial sites open up.

The review process was chaired by John Bew, a Belfast born historian (the son of two Professors Emeritus of history - Paul Bew at Queen's and Greta Jones at the University of Ulster), who is Boris Johnson's foreign policy advisor in Downing Street.

A biographer of Lord Castlereagh (Britain's Dublin-born representative at the Congress of Vienna in 1814, when the rules of post Napoleonic Europe were laid down by the victorious powers), and another tome on Realpolitik, Bew is a big picture expert, now given the opportunity to put theory into practice.

He was also deeply involved in the talks between Boris Jonson and then taoiseach Leo Varadkar that led to the Northern Ireland Protocol to the Brexit agreement. And following the referendum in 2016, he had written several papers on how to make Brexit work for the UK.

It's that background that will make the diplomatic and strategic elements of the review potentially the most interesting part, rather than the elements that are likely to hog the media limelight - troop and equipment cuts. 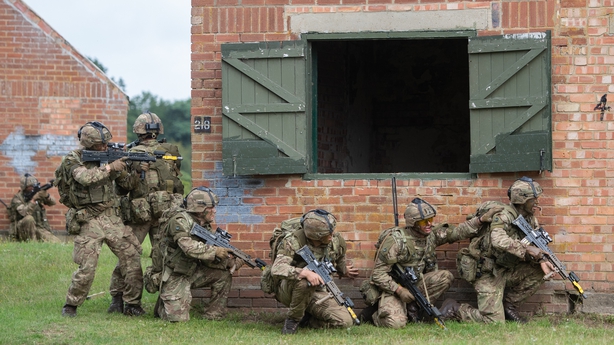 Media reporting on the review has so far concentrated on two things - a cut of up to 12,500 in the strength of the British army, leaving it with a force of 70,000 (along with the de-commissioning of tanks, planes and ships), and potential new investments in military technology and engineering sectors in the north of England.

But the most important word in the policy review is "integrated", as it seeks to join up a number of different policy areas - from global strategy involving trade, aid and diplomacy through to apprenticeship schemes and education changes.

The new direction in military-industrial policy is also part of the UK's desire to be seen as a "science superpower". This is intended to differentiate the UK as part of its "Global Britain" strategy: The Government will support aspects of scientific and technological research and development, using defence spending as a proxy for state aid.

Its Covid vaccination policy can be seen as part of this image makeover: a technology developed for defence against a vaccine, but also available for deployment in an offensive capacity against the EU (and only the EU - the fact that the US has not licensed the AstraZeneca vaccine is hardly ever mentioned in UK media or the House of Commons: likewise the restrictions Canada has placed on the vaccine's deployment).

In comments released yesterday, ahead of a statement in the House of Commons today, Prime Minster Boris Johnson said: "The Integrated Review of security, defence, development and foreign policy will make the case for a UK international policy that rests on strong domestic foundations - in particular our security, resilience and a robust economy at home. At the heart of our ability to be a strong international player is shoring up those foundations and the Integrated Review will make a case for more investment in national infrastructure, innovation and skills to ensure the UK can compete on a global level". The government claims its technology investment programme has the potential to create 40,000 jobs over the next four years. It intends using those jobs to support regional policy, to geographically rebalance the economy. And the programme aims to politically strengthen the Union after the stresses and strains of the Brexit process, "from building ships in Scotland and armoured vehicles in Wales, to lithium mining in Cornwall and manufacturing satellites in Northern Ireland", according to Mr Johnson.

Artificial Intelligence (AI) is being touted as one of the big features of British defence and security in the years to come. Briefings to the media have painted a picture of AI being used to aid troops on the battlefield by scanning millions of information sources and offering the soldiers what the machine thinks will be their best options. Naturally the prime minster's former advisor, Dominic Cummings, is being credited with pushing a lot of this agenda through Whitehall, and is reported to have been key in securing £16 billion in extra defence spending over the next four years, equivalent to a 10% boost each year - quite an achievement at a time of budget stress caused by the pandemic.

But much of the thinking has come from within the defence establishment itself. Last Saturday, an article in The Times newspaper gave an insight into this thinking. It was written by General Sir Patrick Sanders, the head of Strategic Command, who is in charge of military intelligence, cyber capabilities and special forces, such as the SAS.

Of the past two decades - a period during which Russia has deployed "hybrid warfare" in Crimea and Novichok nerve agent in Salisbury, England, and China has built a navy to rival America's and Huawei has become the dominant player in 5G technology - the General wrote:

"We are ceding the strategic initiative to our rivals. While we drained our strength in interventions like Iraq, others used the time and space to further their interests more strategically. China has pursued a strategy of winning without fighting, changing the terms of the international order; Russia has combined military and non-military means to alter the map, attempting to change the balance of power and undermining the cohesion of our societies through disinformation. Both are gaining a decisive advantage in military information-age technologies".

"The consequence has been a succession of strategic surprises, the erosion of strategic advantage and the loss of initiative. Unchecked it is not unthinkable that we will find ourselves vulnerable in time to fait accompli, where we have capitulated without a shot being fired. Our departure from the EU means we are a sovereign actor in this competition, so our strategy matters more than at any other point since the fall of the Berlin Wall."

So there is a Brexit dimension to this as well.

During the Brexit process, the UK was offered, but declined, an opportunity to negotiate an agreement by which it could continue to participate in the EU's common foreign and security policy process. As a result, there is no framework for EU/UK co-operation in foreign policy and defence.

Instead the UK seems to prefer dealing with European security issues through NATO (stressing its participation in the NATO mission to protect the Baltic States) or through bilateral defence agreements (such as the one with France), or on state led diplomatic initiatives (such as its work with France and Germany on the Iran nuclear deal). 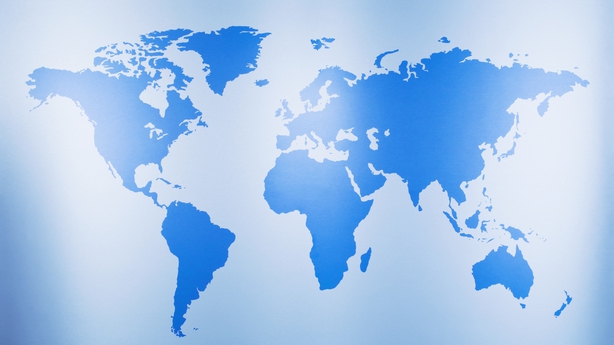 Pre-publication reporting suggests Britain will identify Russia as a hostile state, that has to be permanently confronted with military and cyber hard power, while it will treat China primarily as a commercial rival that may occasionally have to be faced down on certain issues from time to time.

Some have also suggested it will see a "pivot to Asia", with British policy concentrating more on the Indo-Pacific region, with plans to deploy navy ships for joint exercises with Pacific region allies worried about China's inexorable rise. Boris Jonson also confirmed his intention to apply for membership of the Trans pacific trading agreement, The CPTTP - again integrating trade with foreign and defence policy.

"We will expand our trading relationships, champion free trade and reinvigorate the World Trade Organisation. The UK is currently negotiating Free Trade Agreements with the US, Australia and New Zealand, and we are applying for accession to the CPTPP. These negotiations and others will help realise the government's manifesto commitment to agree trade agreements with countries covering 80% of UK trade by the end of 2022", he said. (The UK's agreement with the EU, sealed on Christmas Eve, covers just over half of its trade agreement target in a single deal).

How this new direction in British policy works out will be as closely watched by Britain's allies as much as by its adversaries. Europe and America will want to know what it means for them - particularly what it means for regional security in Europe.

Some in America have reportedly questioned the need for the UK to get more involved in the Asia-Pacific region at a time when the most direct security challenge comes in its own backyard, from Russia. While European nations will wonder what hard power the UK can bring to bear in the region with a smaller army, fewer planes and fewer ships.

But simply by forcing those questions to be raised, the UK makes itself more relevant to the calculations of its allies and neighbours. Which is part of the purpose of a review like this.