Families of those who died in the Stardust disaster have called for funding to be released to allow fresh inquests into their deaths get under way.

The call came as they marked the 40th anniversary of the fire on Valentine's Day 1981 in which 48 young people died and more than 200 others were injured.

Individual portraits with the name of each of the 48 victims of the disaster were erected on a wall at the location of the former Stardust nightclub in Artane in north Dublin to mark the anniversary.

At the site of what was once a ballroom of romance but is now a symbol of heartbreak, in the driving wind and rain, the names of the dead were read out. 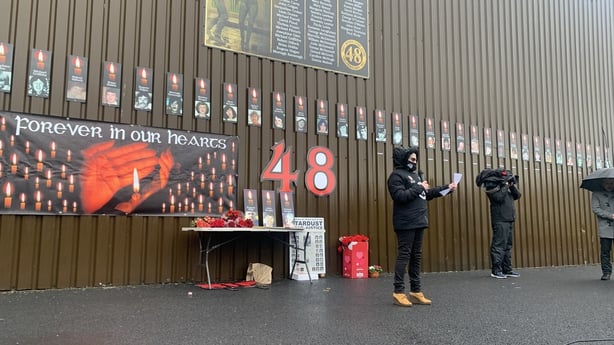 A minute’s silence was observed and a poem that was found in the smouldering ruins of the Stardust that was written by one of those who died was recited by the daughter of another victim.

A number of families and locals came to the scene to lay flowers and candles and to recall the impact the fire had on families and the surrounding communities.

Louise and Celina McDermott's three siblings - George, Marcella and Dermot who were aged 22, 18 and 16 - perished in the fire.

"We are here on behalf of our mother Bridget as she just couldn't come today to the site. She never can come up. It's a thing that we will never, ever forget."

Siobhán Dunne's brother Liam initially survived the fire but the 18-year-old died in hospital 27 days later from his injuries, becoming the 48th victim of the Stardust. She said that since her parents' deaths, she is now Liam’s voice.

"It ripped our family apart there's no doubt about it."

The initial verdict that arson was the probable cause of the blaze was overturned after years of campaigning by families.

Fresh inquests in the deaths were due to get under way early this year but problems with funding have delayed the process.

Maurice and Phyllis McHugh's only child Caroline died in the blaze. The couple who are in their 80s said they want the inquest to get under way as soon as possible.

"It is very important that this inquest takes place, because we want to know the truth, the whole truth and nothing but the truth. And until we do, until we know what happened to our daughter. It will never end. Our grief goes on and on and on."

Antoinette Keegan was seriously injured in the Stardust fire and lost her sisters Mary and Martina in the blaze.

For the past 40 years Antoinette and her mother Christine were the driving force behind the campaign to have fresh investigations into the Stardust disaster but her mother passed away last summer before she could see new inquests being held.

"It's going to be very difficult, but it's very important that we get to know after 40 years what happened to our loved ones. We want to know why the died and how they died. When you don't get truth, you don't get closure," said Antoinette.

The families hope that by the next anniversary they will be closer to getting those answers. 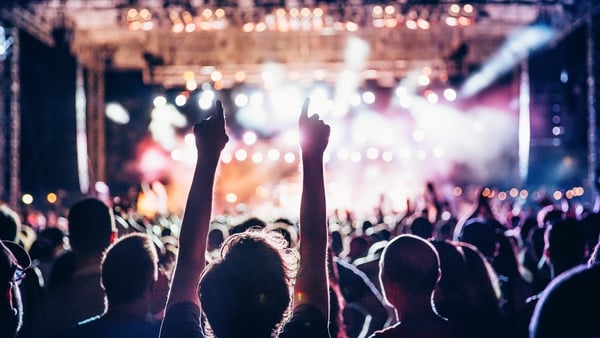